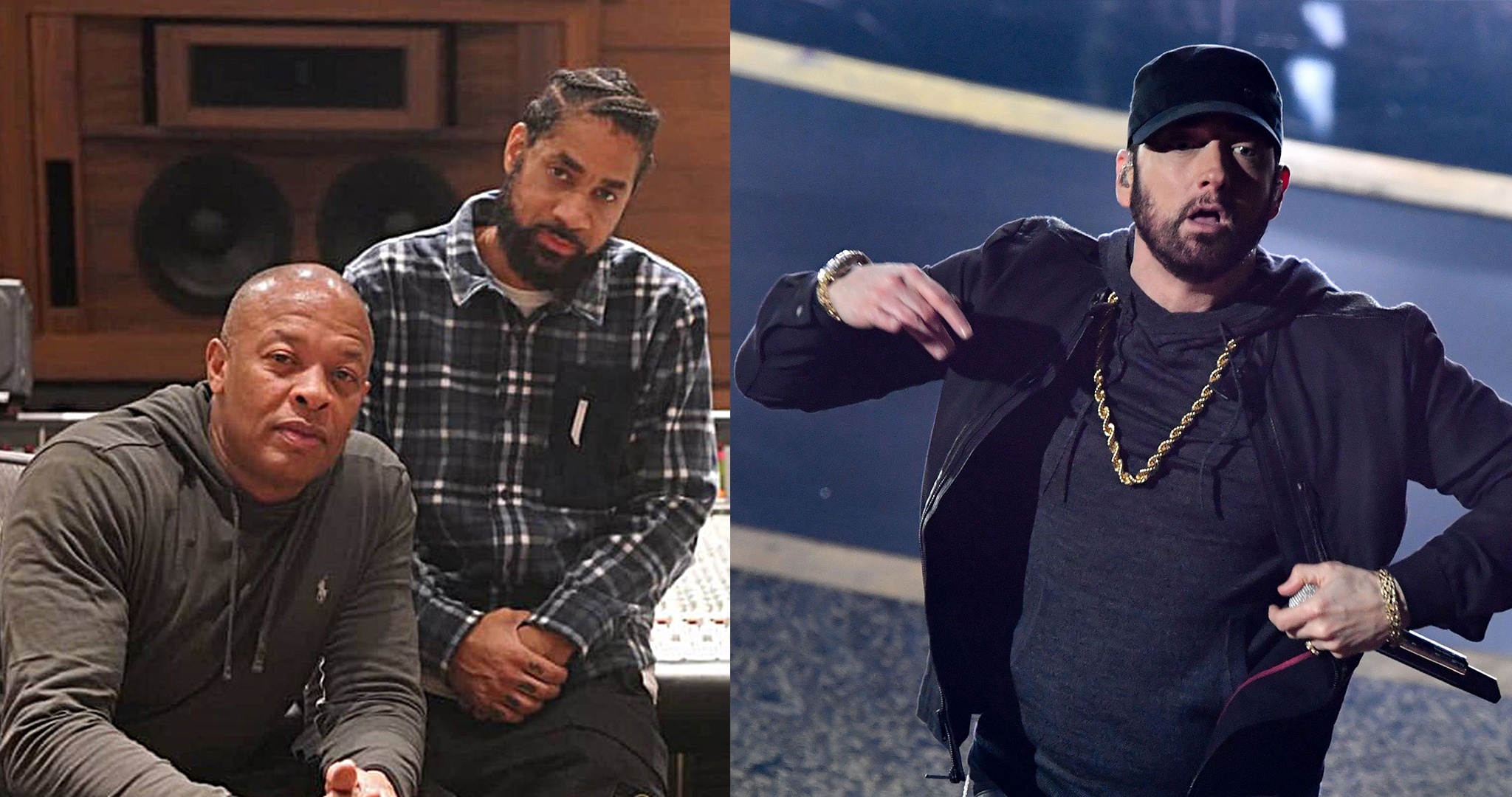 In the caption of his Instagram post, he wrote: “Even Thru The S**t-Storm, Thank God For Another Successful Year!! . . . #ProducedWrittenMixedByDemJointz.”

In a recent interview with HipHopDX, the Compton native producer was asked if he got in trouble for “prematurely” unveiling Eminem’s Side B album cover art.

“I mean … I would not say I got in trouble, but I did have to explain myself. I did not see it as a big deal. I saw the full tracklist and I was like, ‘Oh s**t. So this is the B side plus the existing track list from the original.’ And when I looked online for it, that came up, the B side cover. And to me, it was just as plain as day. So as far as I am concerned, it is already out. No one gave that to me — it was online. So I was like, ‘Oh s**t. I guess the news is out then, right?’ No, it’s not. No one knew. But I did not look for this. I did not go hunting for this. This is right here, right in front of my face.”

“I do not know if anyone necessarily had a problem with me to where I got in trouble. I just think that it called for an explanation as to where I got it from. And I was just like, ‘Yeah. Well, it was already out.’”

You can read more on HHDX here.