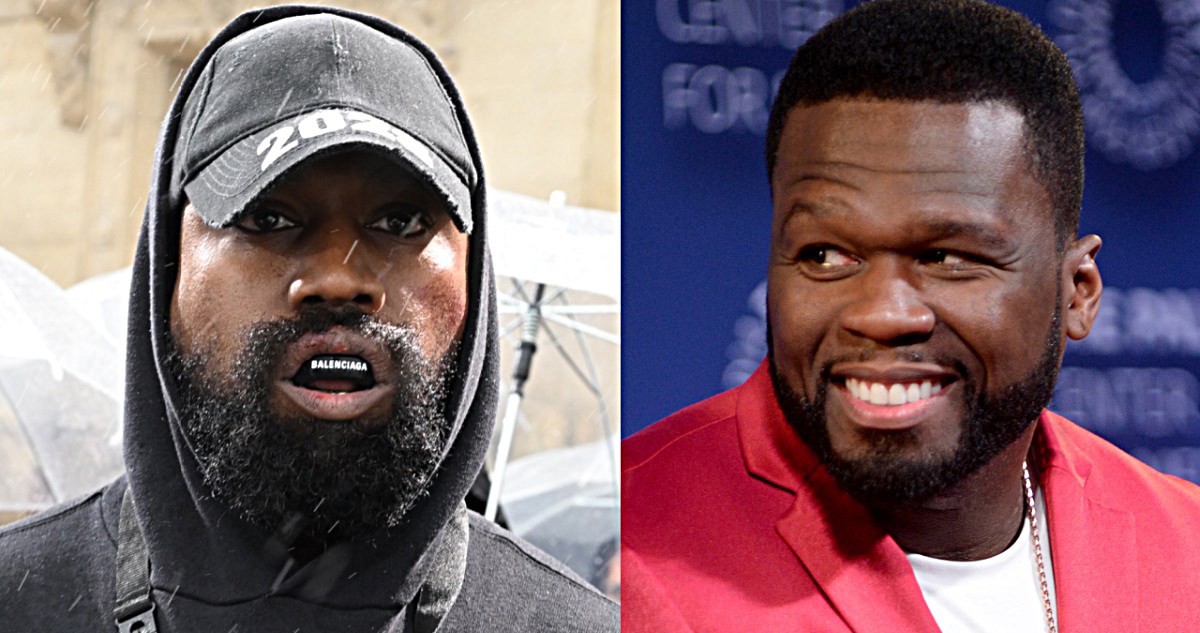 Yesterday, 50 Cent shared now-deleted screenshot of the CNN’s article about Kanye West having “a disturbing history of admiring Hitler.”

In the caption, Fifty wrote: “I have never seen anything like this before. I think Kanye should buy the car he likes the best and just ride off into the sun set, it’s really a wrap. People are really hurt by this s**t. I have seen people in this position because of thing they have did not things they have said. Now you gotta master the art of shutting the f**k up! You gonna make everybody hot. Go cool off!” 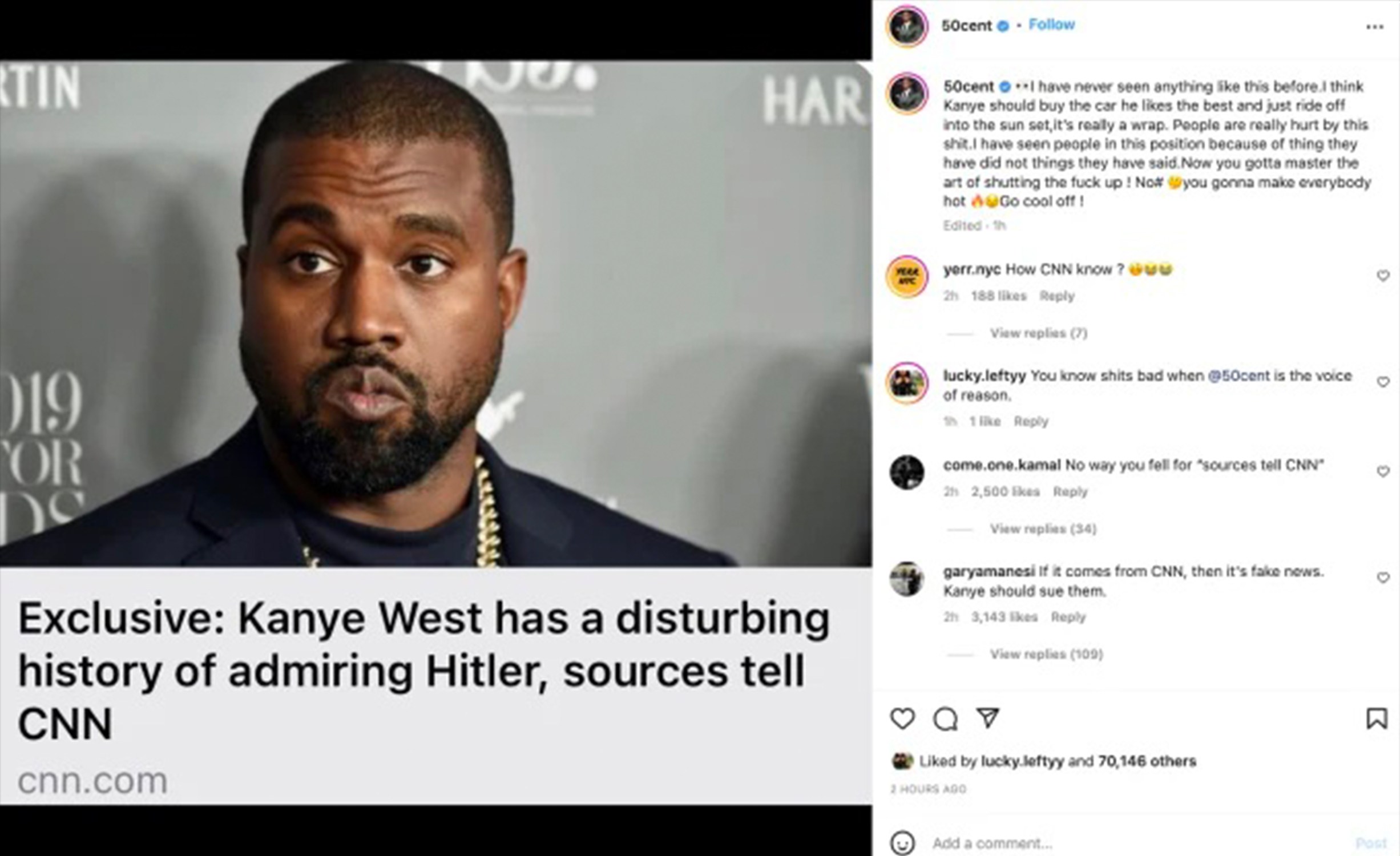 Several hours prior to this events, Fiddy shared a screenshot of an article where Ye is saying “we got Donda school designs, we need to build with 50 in Houston.” 50 captioned that one, saying “OK YE lets build a school in Houston but go cool off, n***a you hot right now the Feds all on you!” This post is also deleted now. 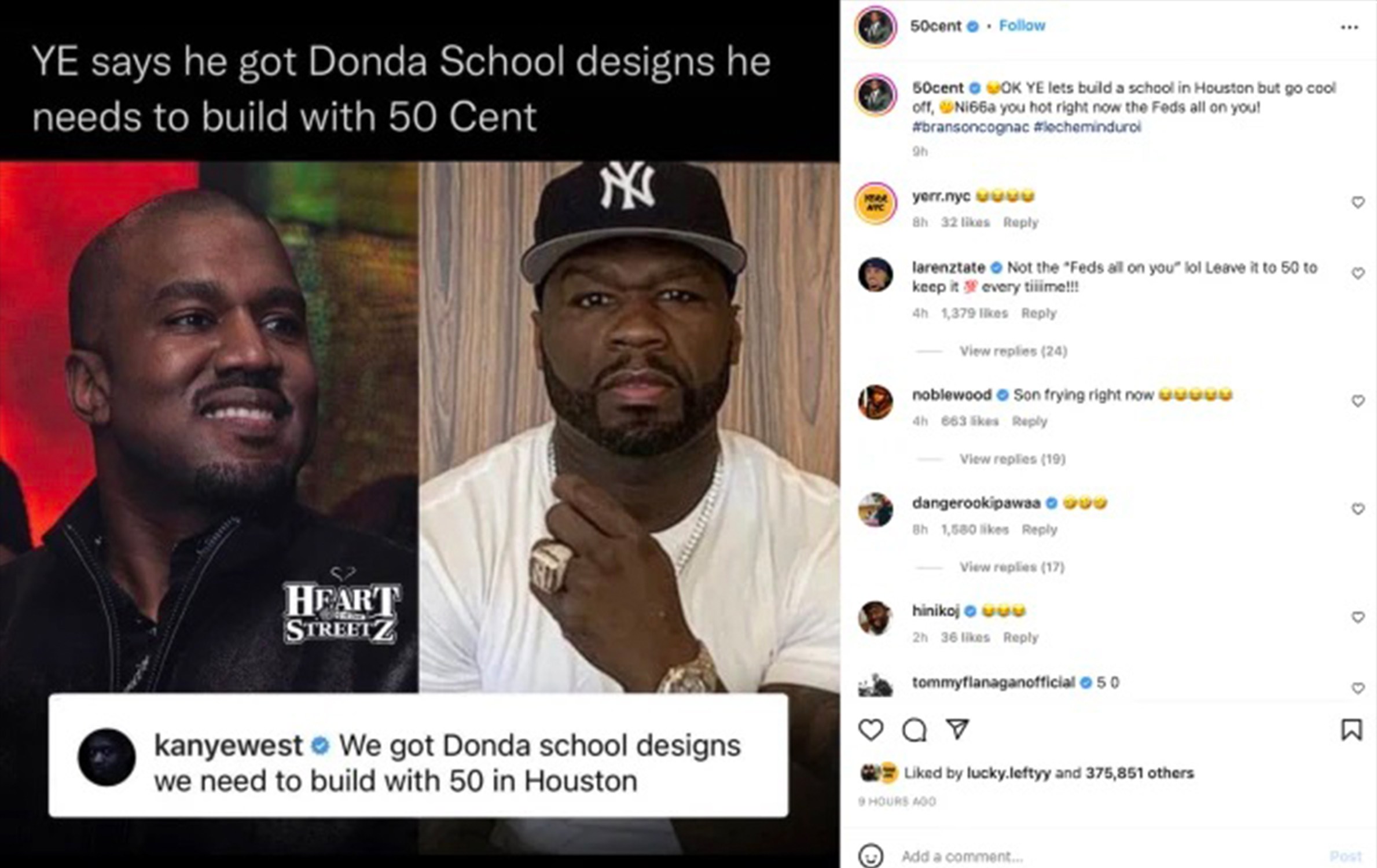 50 Cent also hopped on the viral “cut ties” trend, in which rappers jokingly cancelled themselves. He shared a screenshot which said “Curtis Jackson has reportedly cut ties with 50 Cent” with the caption: “I’m getting rid of anybody who can get me f**ked up like Kanye right now! LOL.” 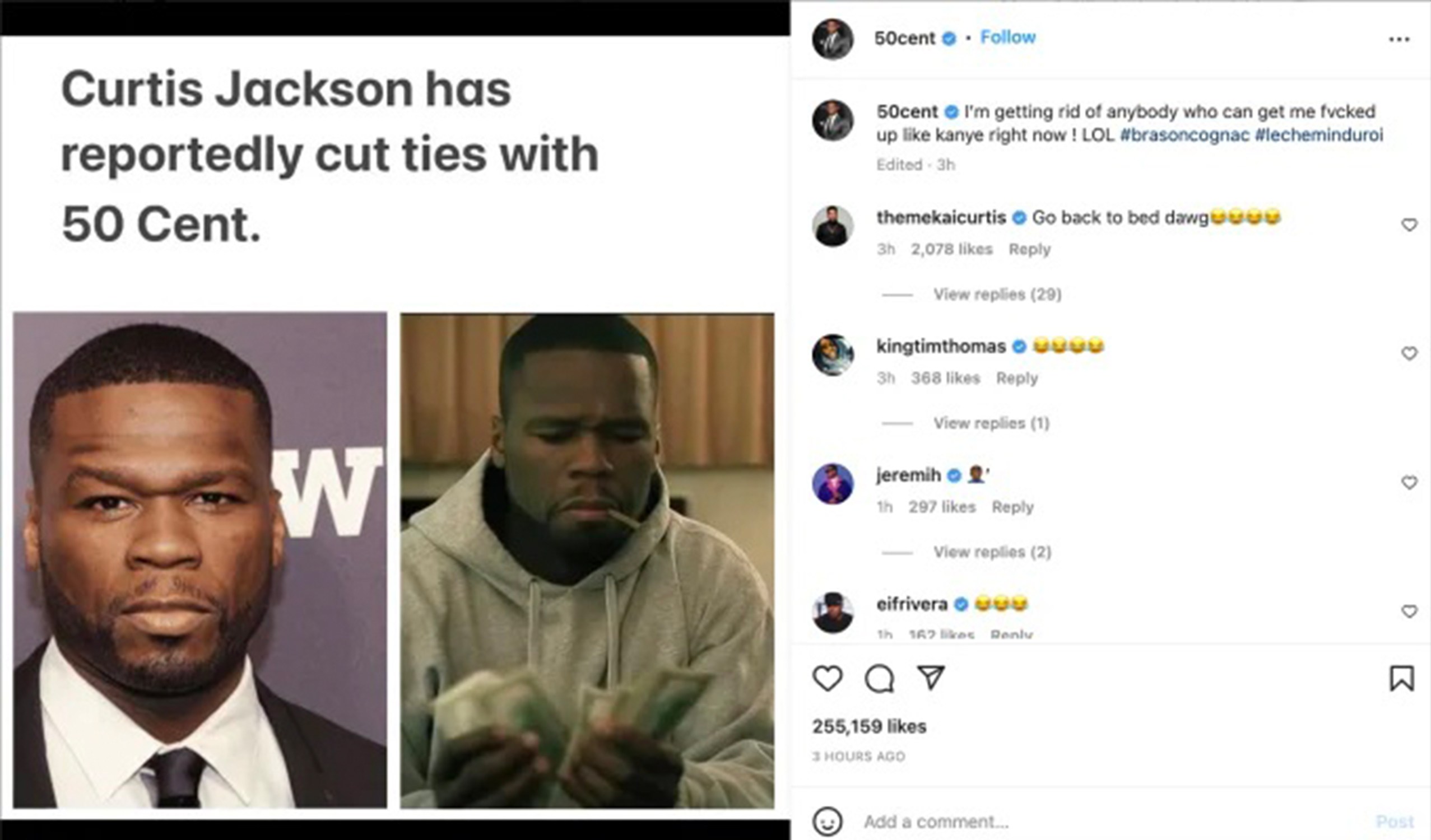 Other hip-hop acts also joined the latest trolling trend. Check out some of them below: