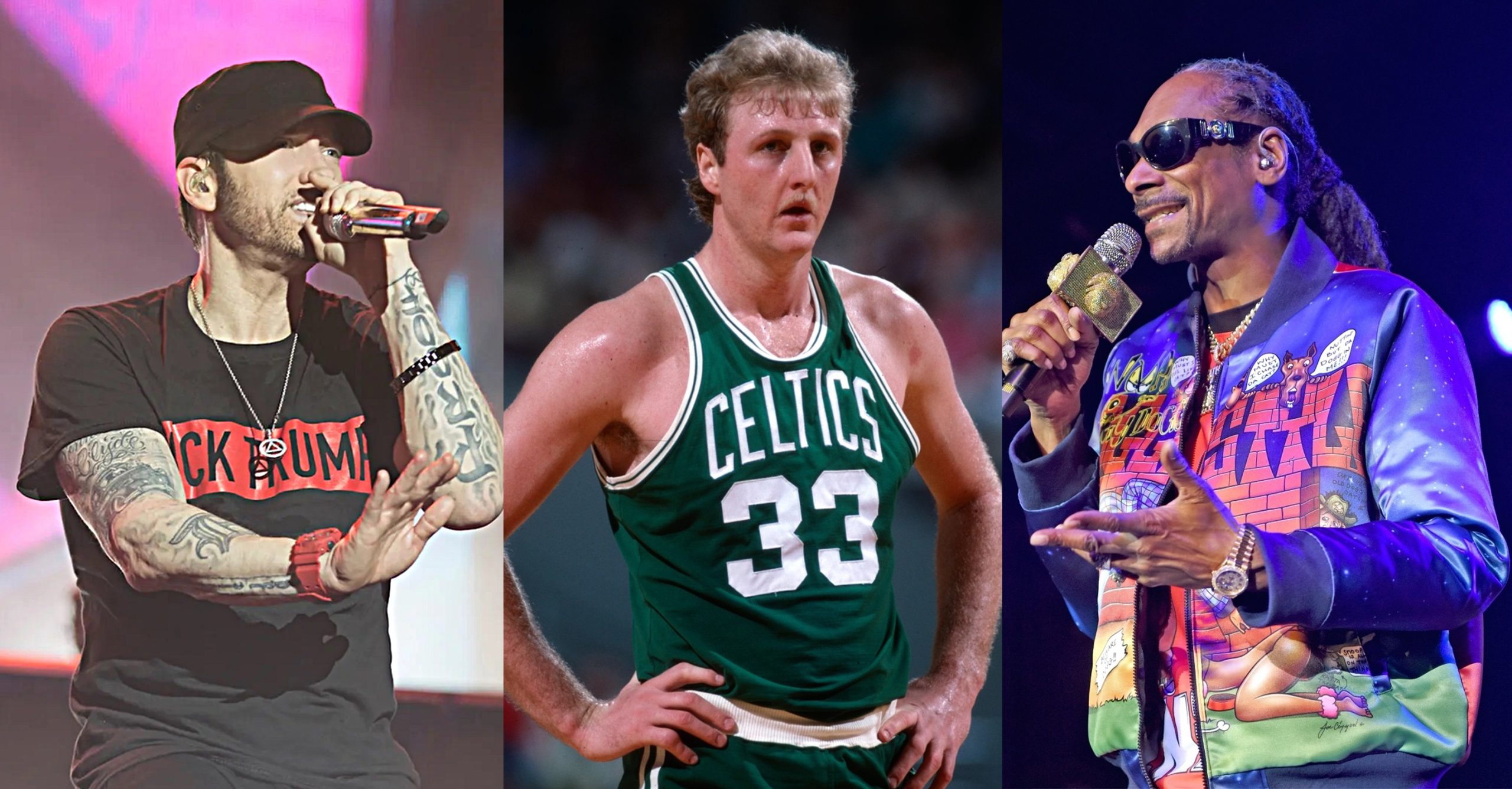 According to west coast legend Snoop Dogg, the fellow Detroit icon Eminem is hip hop’s Larry Bird. Snoop has recently made an appearance on Know Mercy podcast with Stephen A. Smith and compared the legendary basketball player and Slim Shady during their long conversation.

Larry Bird is a legend in the NBA as he is on majority of people’s list of Top 10 players in history of the game. Although not the most athletic, Larry was known for his killer instinct, elite shooting, and epic trash-talk.

Eminem and Larry Bird both have become legends even though people doubted them, and in that sense, Snoop’s comparison is quite valid. Em and Bird will both be remembered among the greatest ever when everything is said and done, and their talent and skill are what has helped them achieve that. There aren’t many basketball fans who would scant Larry Legend, and similarly, no hip hop fans would talk down too often on the Real Slim Shady.

Eminem and Snoop Dogg have recently collaborated on “From The D 2 The LBC,” a single from Eminem’s second greatest hits compilation album, “Curtain Call 2.” The two are also rumored to be on a track together again on Snoop and Dre’s upcoming album, called “Missionary,” which is set to be completed in November.

Elsewhere in the interview, the Long Beach legend talks about life as a gangbanger, the important advice he received behind bars, and the meeting with iconic producer Dr. Dre that changed his life.

You can listen to the interview in the link below: