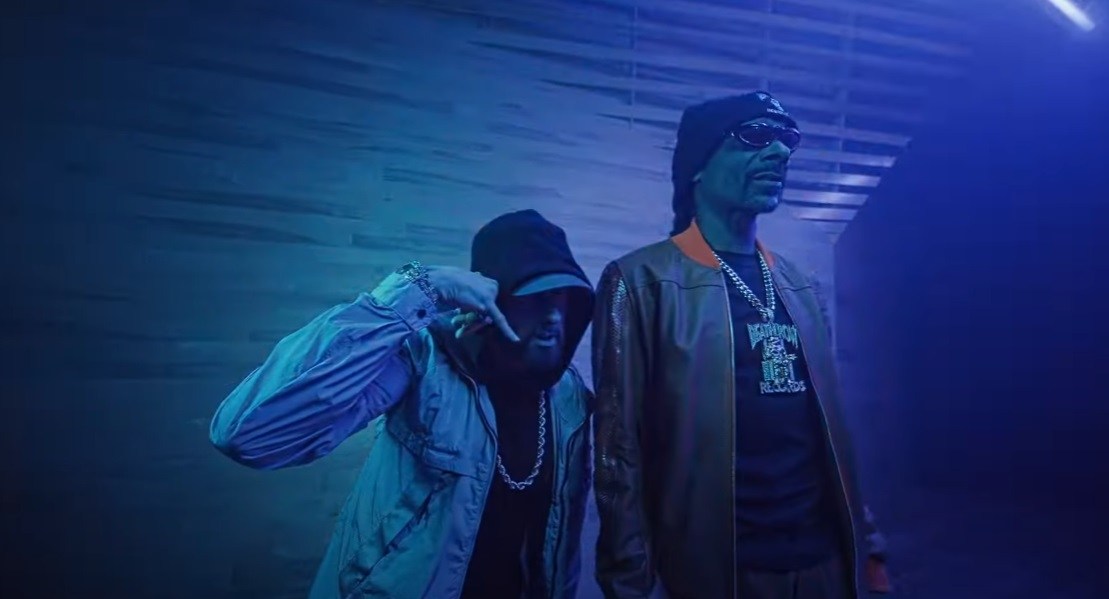 Eminem and Snoop Dogg drop their new single “From The D 2 The LBC” (From Detroit To The LBC) and music video came with it! The song was first premiered on the stage at the Bored Ape Music Festival.

Reportedly it’s Eminem’s song even though Snoop Dogg has been promoting it as a Mount Westmore single for an year now.

Few months back, Snoop Dogg talked about the single: “There is Snoop Dogg and Eminem song on my Westmore album. It is called “From Detroit to the LBC.” That motherf**ker slapped. That s**t is HUH! It was very challenging for me. Eminem really f**king shot at me. He shot his shot and as a rapper that’s what you want when you get a feature, to have to work you f**king a** off. He is going that hard because he knows I’m going to match him on the same level and that’s what it is when you making records with people that you love. It’s competitive but for the right reason. To bring the best out of each other.”

The song is now out on all streaming services. You can bump it below!