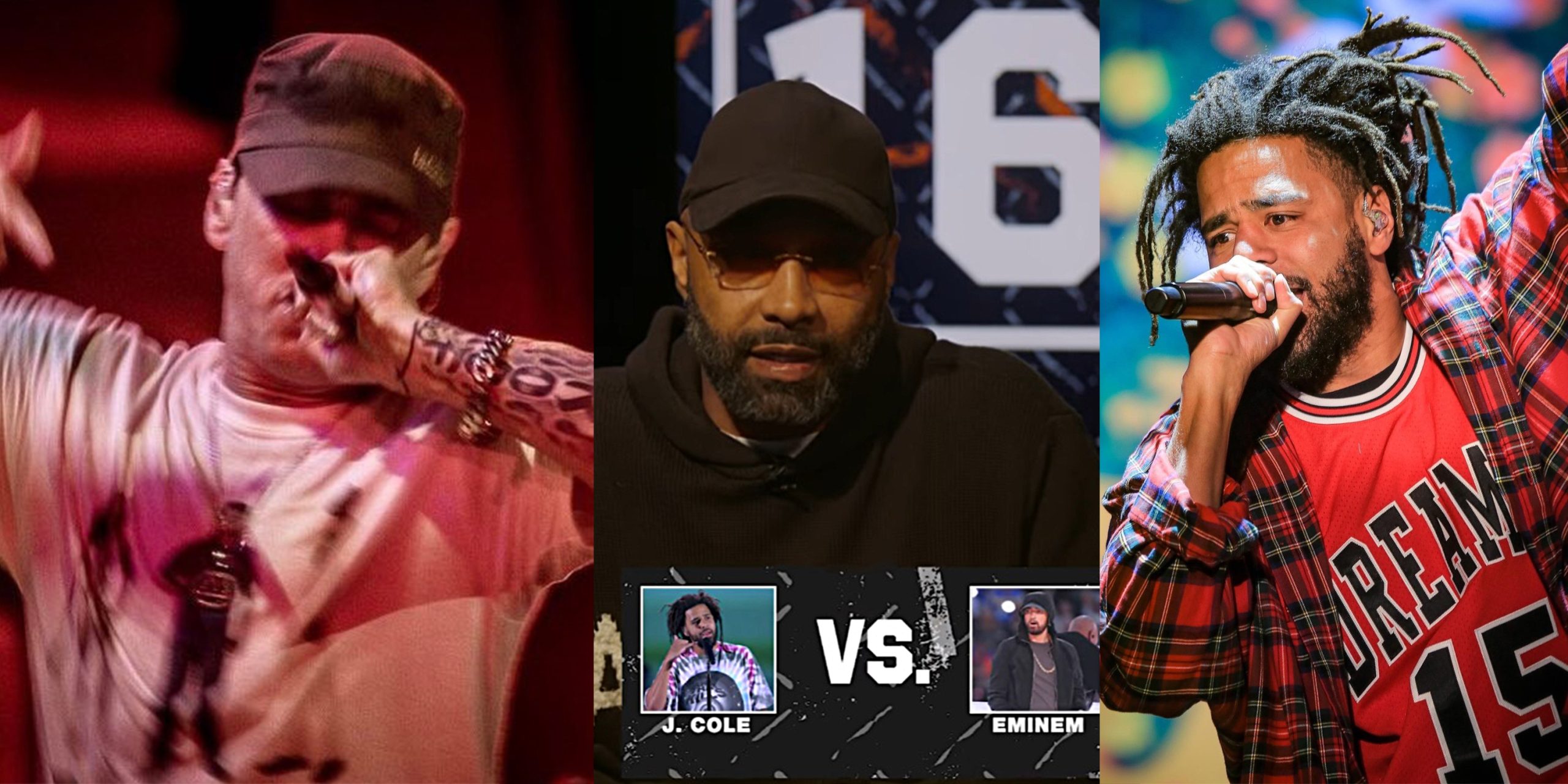 It’s the return of Joe Budden on Complex!

The former rapper and popular hip-hop podcaster pops back into his old stomping ground to debate Complex magazine‘s B. Dot on who the best rapper alive is: Eminem, Kanye West, Drake, Lil Wayne, Jay-Z, Kendrick Lamar, Nas and more, see who takes the crown!

At one stage of the brackets, J. Cole popped up against Eminem. Here is what Joe replied: “Cole! Em has been…He left earth one time though but that needs to be more consistent for me. J. Cole is doing this while playing in and out of Italian league basketball. Or wherever the f**k he’s playing basketball. It was in Africa? He doing all this while hitting he baseline three. And Cole’s last album for me is Chef’s Kiss, I have not got that from Em in a little bit. Not saying that he’s incapable doing that but I have not gotten that. I’m going Cole.”

Elsewhere in the brackets Budden chose Benny The Butcher over Freddie Gibbs. Nicki Minaj over Cardi B. Pusha T over Drake. Lil Wayne over NBA YoungBoy. Future over Kanye West. Jay-Z over Nas. Lil Durk over Lil Baby. Kendrick Lamar over Benny The Butcher and Tyler The Creator over Nicki Minaj.

Later during the interview, Joe Budden also questioned Eminem’s place in top 10 greatest rappers of all time: “I don’t know if Eminem is on there. He changed the game but that’s not an argument for me. It has not aged. I think only his classics remained classics and for me it’s his first album and The Marshall Mathers LP.”

Check out Complex Brackets below to see who gets crowned as a best rapper alive by Joe Budden: