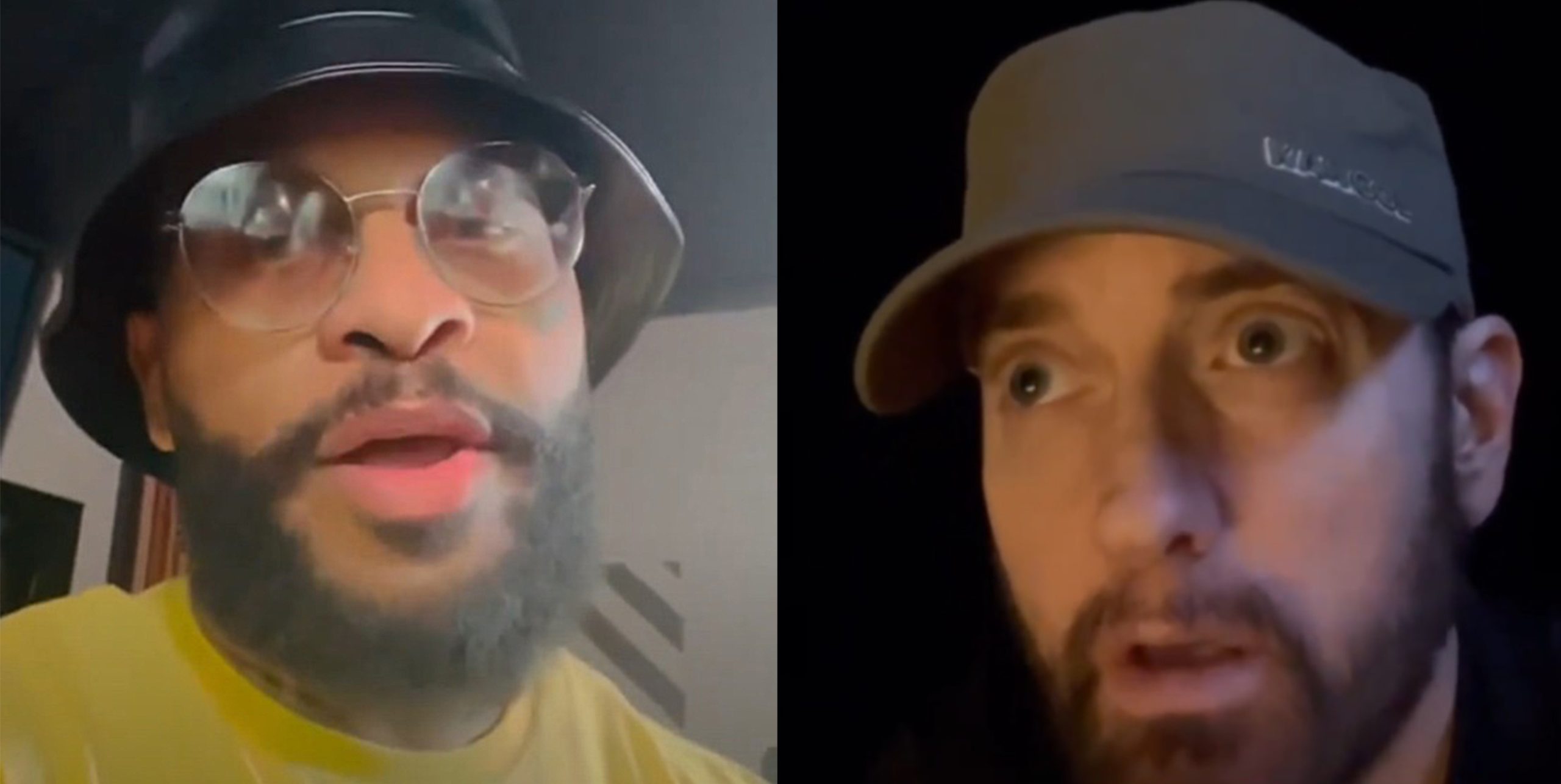 Earlier this month, the hip-hop world was shocked by the news from Fairfax as battle rapper Pat Stay was stabbed to death in Nova Scotia.

The stabbing occurred at 12:36 AM on the 1600 block of Lower Water Street, according to reports. Stay was then taken to a nearby hospital where he succumbed to his injuries at just 36 years old. While Halifax Regional Police hadn’t publicly identified Stay as the victim of the stabbing, his brother, Peter, came forward to confirm his passing to CBS News.

Eminem paid tribute to the late Pat Stay on social media, calling him one of the greatest of all time. While Royce highlighted his personality. “Hip Hop lost one of the best battlers of all time. RIP Pat Stay … KINGS NEVER DIE!!” wrote Eminem on Twitter. “R.I.P. Pat Stay. He was a GREAT man…” said Royce.

About an hour ago Classified Hiphop shared a new video clip of Eminem and Royce 5’9” sending condolences to Pat’s family and friends with the caption: “Wanna give a big thanks to Royce Da 5’9″ and Eminem for sending us these two videos to play at Patstay’s Benefit today. We all knew Pat was the Best at what he did but when you hear it from two legends like this it just makes you even more proud. I really wish Pat was here to see the outpouring of love he has been getting. I wish I could talk to Pat and see the reaction on his face after seeing the love he has been getting from guys he’s looked up to for so long. Rip.”

In the video clip, Eminem says: “Yo I just wanna send out my condolences out to Pat Stay’s family and friends. Bro, I know we never got a chance to meet but I’ve been huge fan of yours for years and the level that you rap to is like a pinnacle to battle rap. It does not get any higher than a level that you rapped at. I just wanna say that we gonna miss you bro. Hip-hop is gonna miss you. We lost a legend.”

“I just want to take the opportunity to say my deepest condolences to the Pat Stay’s family. I don’t even know if I could put in words how great of a man that I felt he was. Aside from being an amazing rapper I had an honor and privilege to be able to be in somewhat personal relationship with the man. That’s pretty rare to be able to do this in business, especially when you do two different things as a person. The way they kinda used to split up battle rappers versus ‘industry rappers’.” said Royce.