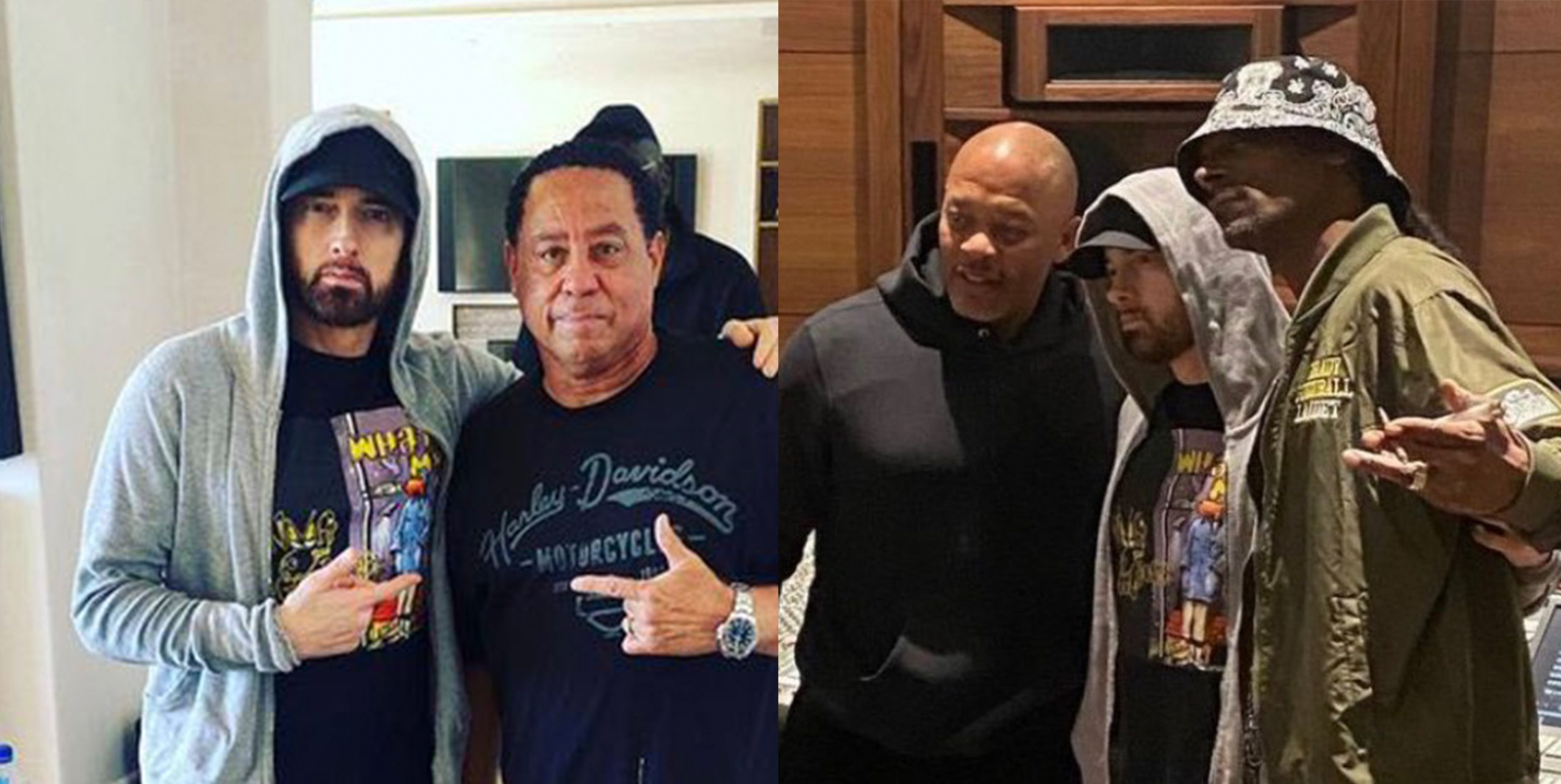 Eminem and DJ Yella of legendary N.W.A. hip-hop group have recently linked up what it looks like to be a small house party or gathering.

DJ Yella began his career as a member of the World Class Wreckin’ Cru along with Dr. Dre. He later joined the pioneering gangsta rap group N.W.A (originally composed of Dr. Dre, Ice Cube, MC Ren, Arabian Prince and Eazy-E) and became the least vocal but longest-lasting member of the group. Back in 2016, he was inducted into the Rock and Roll Hall of Fame as a member of N.W.A.

In his latest post on Instagram, Yella sahred a picture with Eminem with the caption: “Today: 2022”, later, the picture of Eminem, Snoop Dogg and Dr. Dre being in the studio has surfaced online. Slim Shady is wearing the same outfit as in a picture with Yella, meaning the photos were taken on the same day: TODAY.

It was reported that Dr. Dre and Snoop Dogg are working on a new album and maybe Eminem is jumping on one of the tracks and today Dre held the studio session.