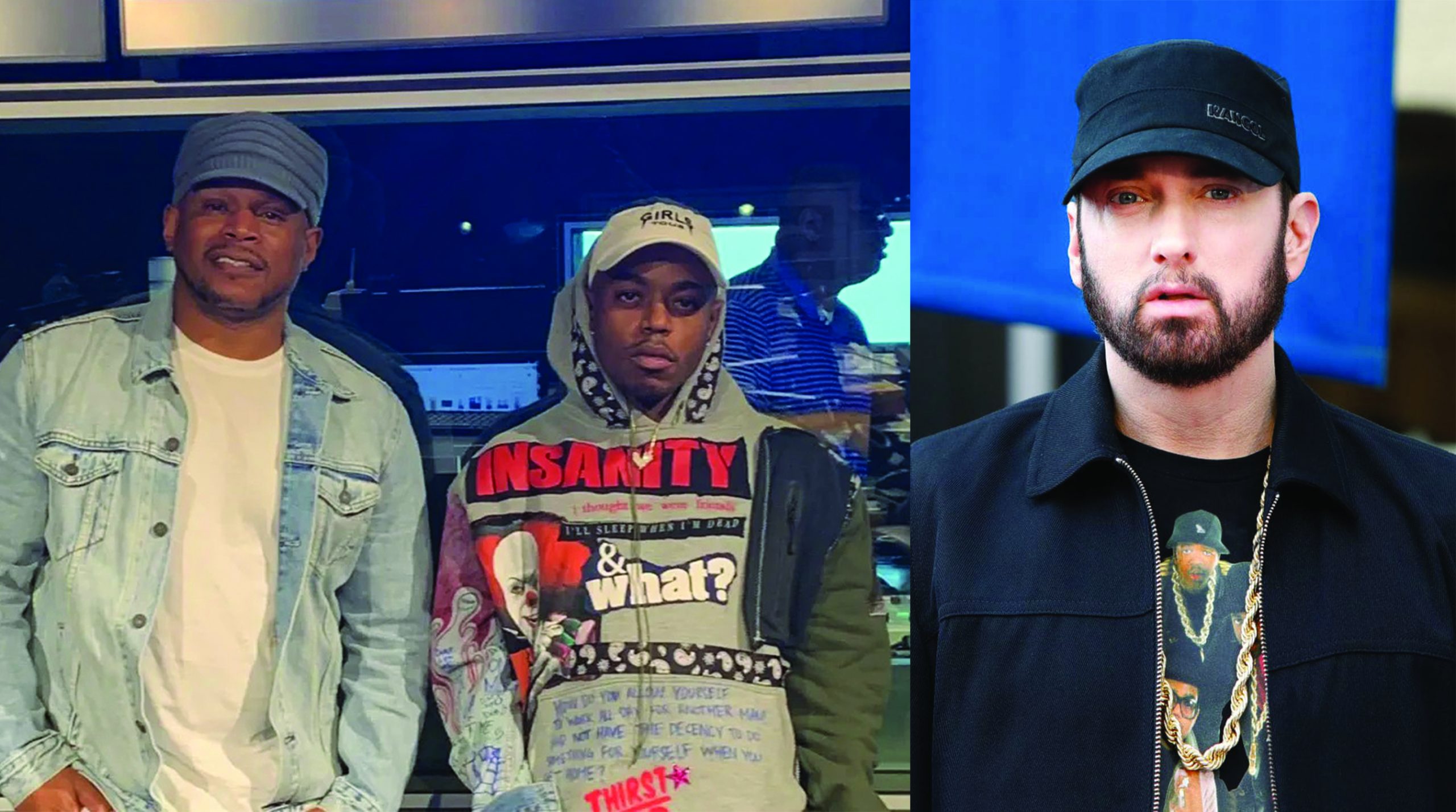 To promote his new project, Boogie and Iman have visited Sway In The Morning on Shade 45 where Eminem made a surprise call to express his thoughts on Compton rapper’s new album.

“It’s amazing being on Shady Records. We got giant [Paul Rosenberg]. I’m just grateful to be signed to arguably the greatest rapper ever. Paul is amazing. He is always responsive when I need him. So its lit.” said Boogie before the Eminem call.

“I just want to congratulate Boogie cause the album is incredible but once we go off the air I’m gonna tell you how trash it is [Eminem jokes], but now, that s**t is crazy. ‘Aight’ is my s**t bro. I’ve been bumping that s**t for almost three weeks.”

“With this new Boogie album, the title, everything is great, watching him just keep getting better and better is incredible too and he has got so much in his life weaved in this album, I think its therapeutic.” said Eminem

Later, Boogie and Iman drop the fire freestyle on which Em commented: “There were a lot of f**king bars to wrap my head around.”

Iman could not help himself to express his respect to Slim Shady: “I’ve been listening your albums for a long time man. I want you to know the first time I read the artist’s lyrics was The Eminem Show. That was the first time I learned the album forward and back.”