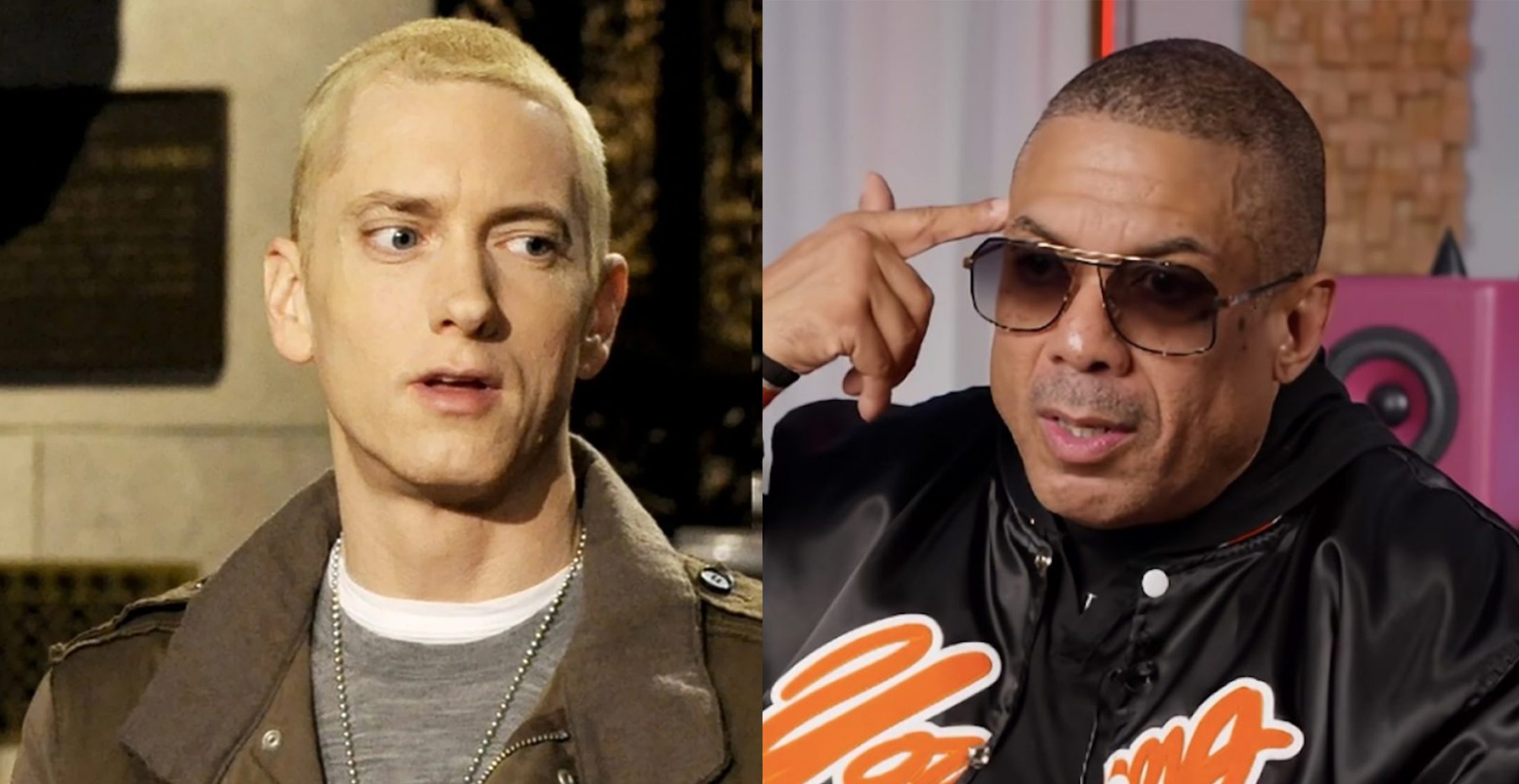 Last month Benzino hopped on Twitter to recognize Eminem’s contribution to hip-hop culture and offered a peace to his fans.

“To all Eminem fans and Stans all over the world, the beef is officially over. I am letting you all know I have no hate towards any of his fans and recognize his contributions to hip-hop. He truly is apart of the culture and one of the best to rock the mic regardless of his color.” – he tweeted.

Few minutes later, another tweet came: “I realize that me going back and forth with Eminem fans is not good for the culture, my spirit, my legacy and most importantly, my beautiful, talented daughter Coi Leray. I do not want any negativity from me affect her dream. This is truly over. God Bless All” –

Later, in the interview with VLAD TV, Zino talked about squashing 20-years old beef with Eminem: “What I probably should have said long time ago, is that Eminem is a part of hip-hop. Eminem is a dope artist. He is a part of hip-hop regardless of what he said or done. People change. Who am I to judge… It’s not like I never liked Eminem songs. I like bunch of his songs. It’s not like he’s disrespecting me. It’s his fans. His fans are the worst bro. They are disrespectful. But Eminem is a part of hip-hop culture. He’s one of the best that ever rocked the mic. He’s very lyrically talented and if that’s what his fans needed to hear so that they can leave me alone, then so be it.”

After 1 month of keeping peace with Eminem and his fans, Benzino is back at it. Zino is now ‘beefing’ with 50 Cent and of course, he involved Eminem in his tweeter rant. Check the tweets below:

Somebody Master splinter let’s get in the ring if so tough. I’ll knock his a** clean tf out. Oh yea and lichi nasty bs he pushin taste like 4 loco 🤣🤣👌🏽 #zinovstheplanet episode 1. Streaming on all platforms, stay tuned, this just the beginning. 😈

and if his massa want smoke I’ll knock him out too, Fvck slim shady, the only m&m I know is MADEMEN. It’s time real nikkas rise again. They want war? Call me Zino Putin. oh yea and we don’t do chicks wit d**ks, that’s a GGGG UNIT THING. #zinovstheplanet on all platforms