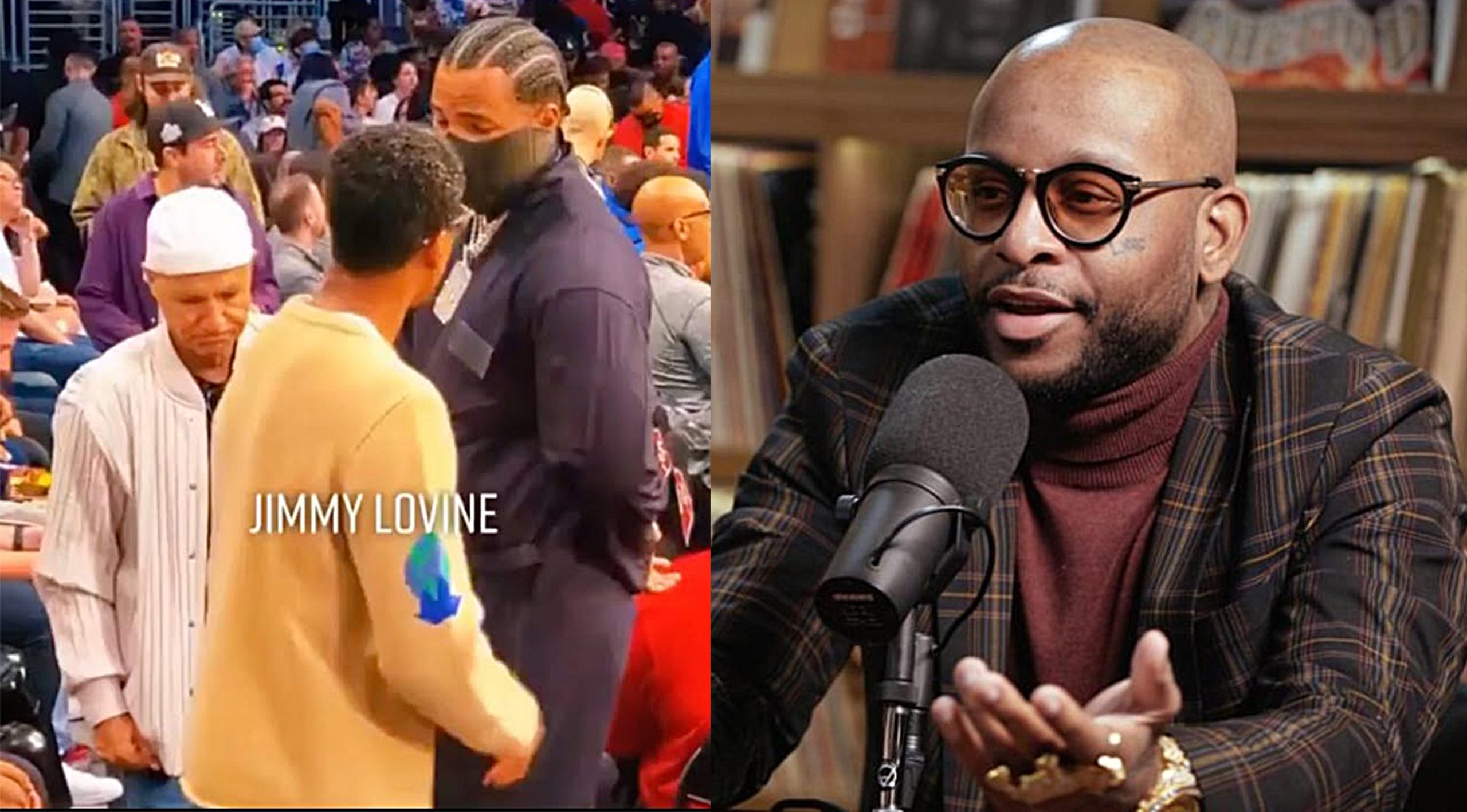 After his appearance on Drink Champs last couple of week, The Game’s dissension with Dr. Dre and Interscope Records escalated quickly.

During the interview, The Compton rapper said Kanye West did more for him in a matter of weeks than Dr. Dre has his entire career.

It seems that the tension between Jimmy Iovine and The Game is real as a video clip surfaced this week where Game and Iovine crossed paths at the Lakers vs. 76ers game at the Staples Center without even looking at each other.

Royce Da 5’9″ used the opportunity to back up The Game and shade Jimmy Iovine on social media by sharing two video clips on Instagram. One video is from an interview where Jimmy Iovine said that there were not many partnerships between White and Black people, implying that he and Dre did it. Second video is Game and Iovine briefly crossing paths at the Lakers game.

In the caption, Royce wrote: “The music business in 2 slides,” along with a peace sign emoji and an eye-rolling emoji.

In support on Jimmy, Ben Baller, a former Vice President of A&R for Aftermath, commented: “Jimmy Iovine helped me get my job with Dre even though I knew Dre. Real talk? He did this to me tw times at a Lakers game and now we work together again! He is old bro. He probably did not even know Game.”