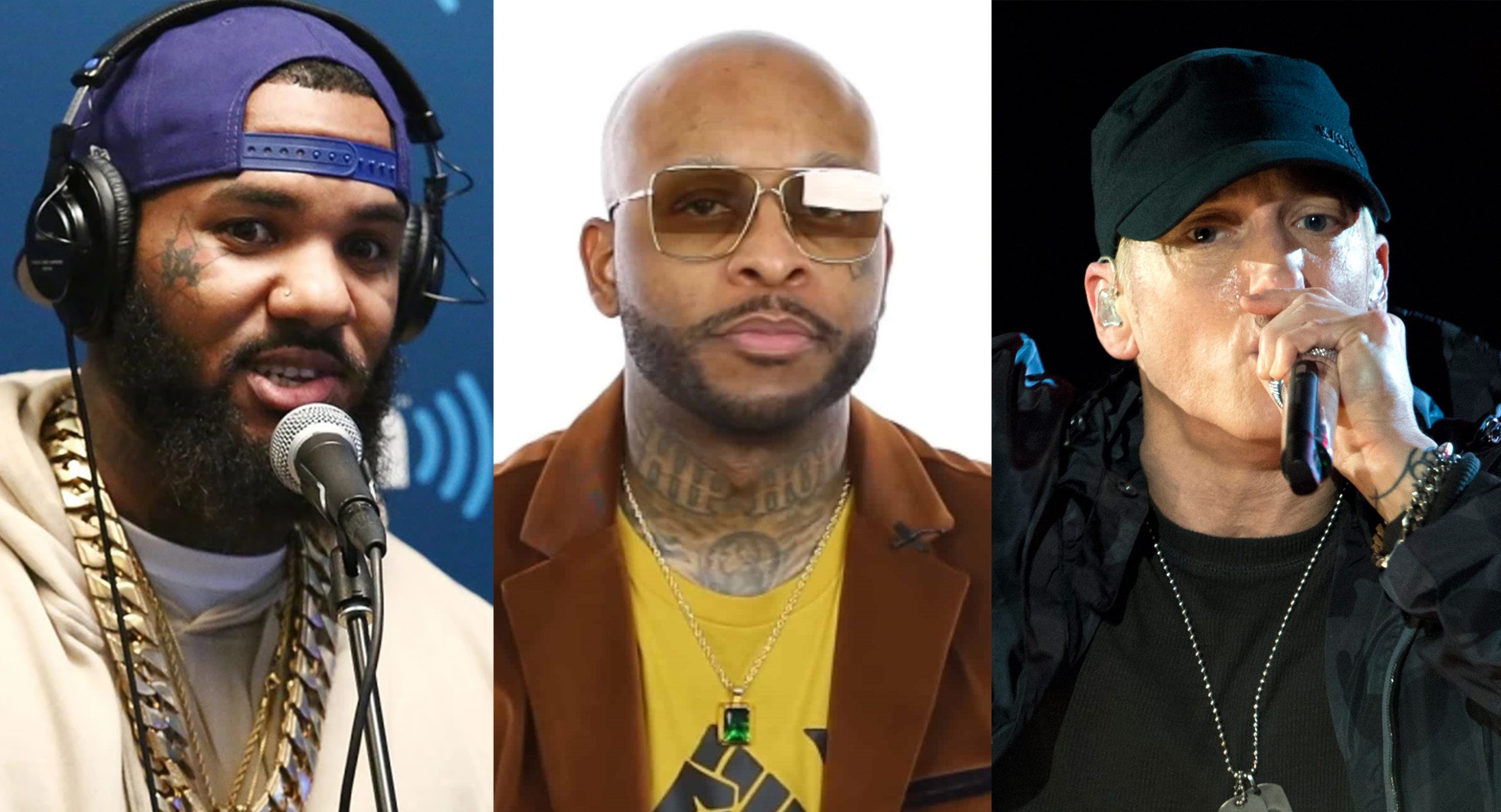 During his recent appearance on Drink Champs with NORE and DJ EFN, The Game said he used to think Eminem was better than him but now he thinks he is not.

On a recent Instagram Livestream with producer Mike Zombie, who has been in the studio with Game, Royce 5’9″ offered his thoughts about the situation:

“I have seen it, whenever anybody mention Em’s name they make it a headline. … But I feel like, every MC should feel like that. Game is a monster. He will just have his hands full. Eminem is a hard dude to out-rap. Nine times out of 10, you will be sending him your verse or when he get your verse…he gonna aim to out-rap you. He probably ain’t get out-rapped ever, that competitive edge is always there.” – said Royce.

Mike Zombie, who recently recently produced Eminem’s “These Demons,” from Music To Be Murdered By album, added that The Game and Eminem should collab again for the culture.

“They have to do it for the culture… Eminem is my favorite rapper of all time. Can’t nobody outrap him but this needs to happen.”