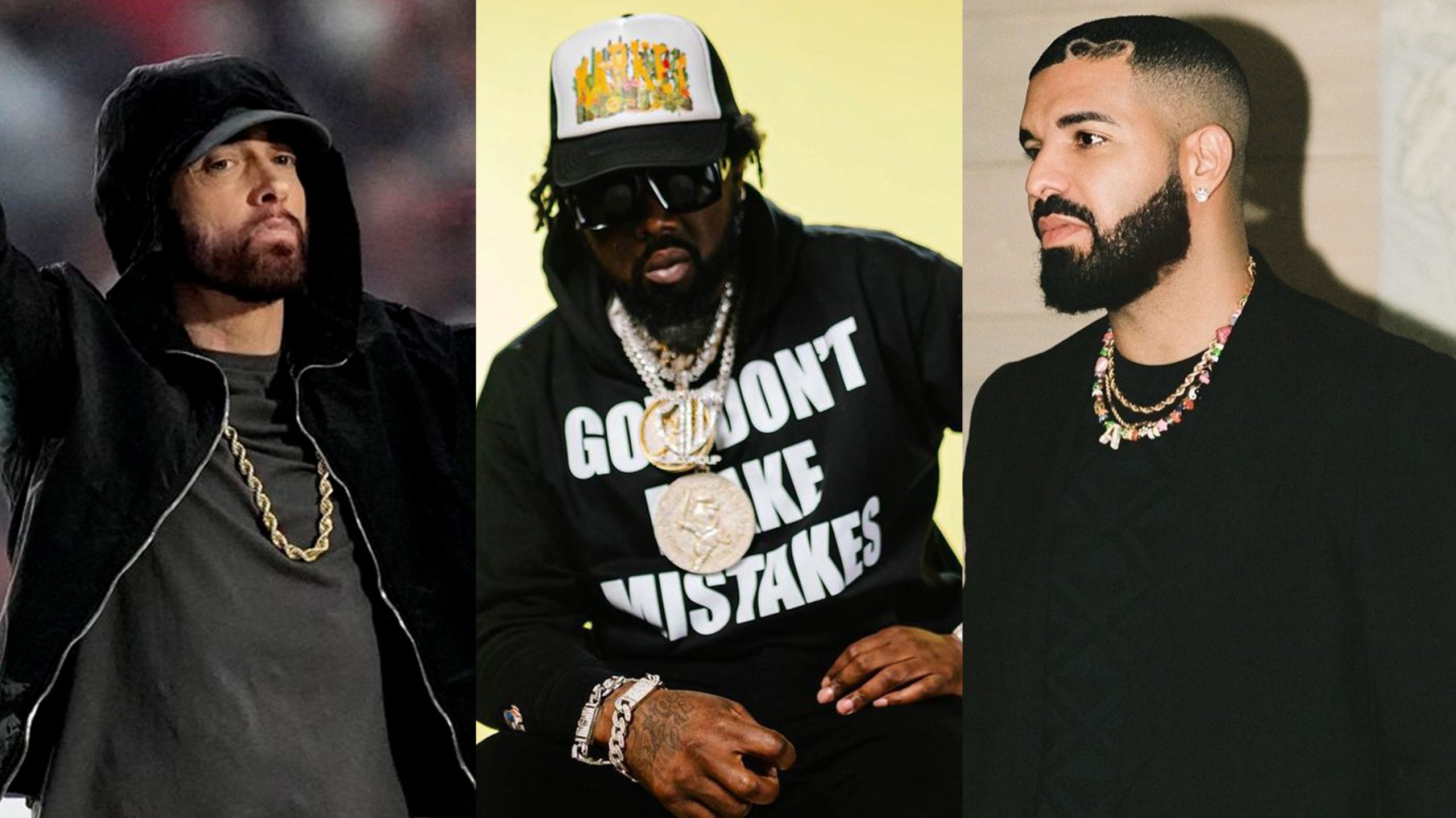 On the 147th episode of Bootleg Kev podcast, Conway The Machine talked about his upcoming Shady Records debut album, God Don’t Make Mistakes, his relationship with Kanye West and Dr. Dre and more. He also spits some bars over Drake’s “Do Not Disturb,” with Jae Skeese.

When Kev asked about how much input Eminem had on his Shady Records debut album, here is what Conway replied:

“None. I did get the feedback but it was, to keep one hundred, I went to Detroit. I was in Em’s studio. Em, Paul, Royce. And played him album from front to back and he f**ked with every record. And that’s when he jumped on “BANG” track and 50 Cent got on “City On The Map” joint. I played them and that was critique like ‘that s**t is amazing.'”

Elsewhere in the interview, the Buffalo emcee talks about the relationship with Kanye West and Dr. Dre, leaving the Griselda deal and more. You can watch the full interview and a freestyle after the jump below: