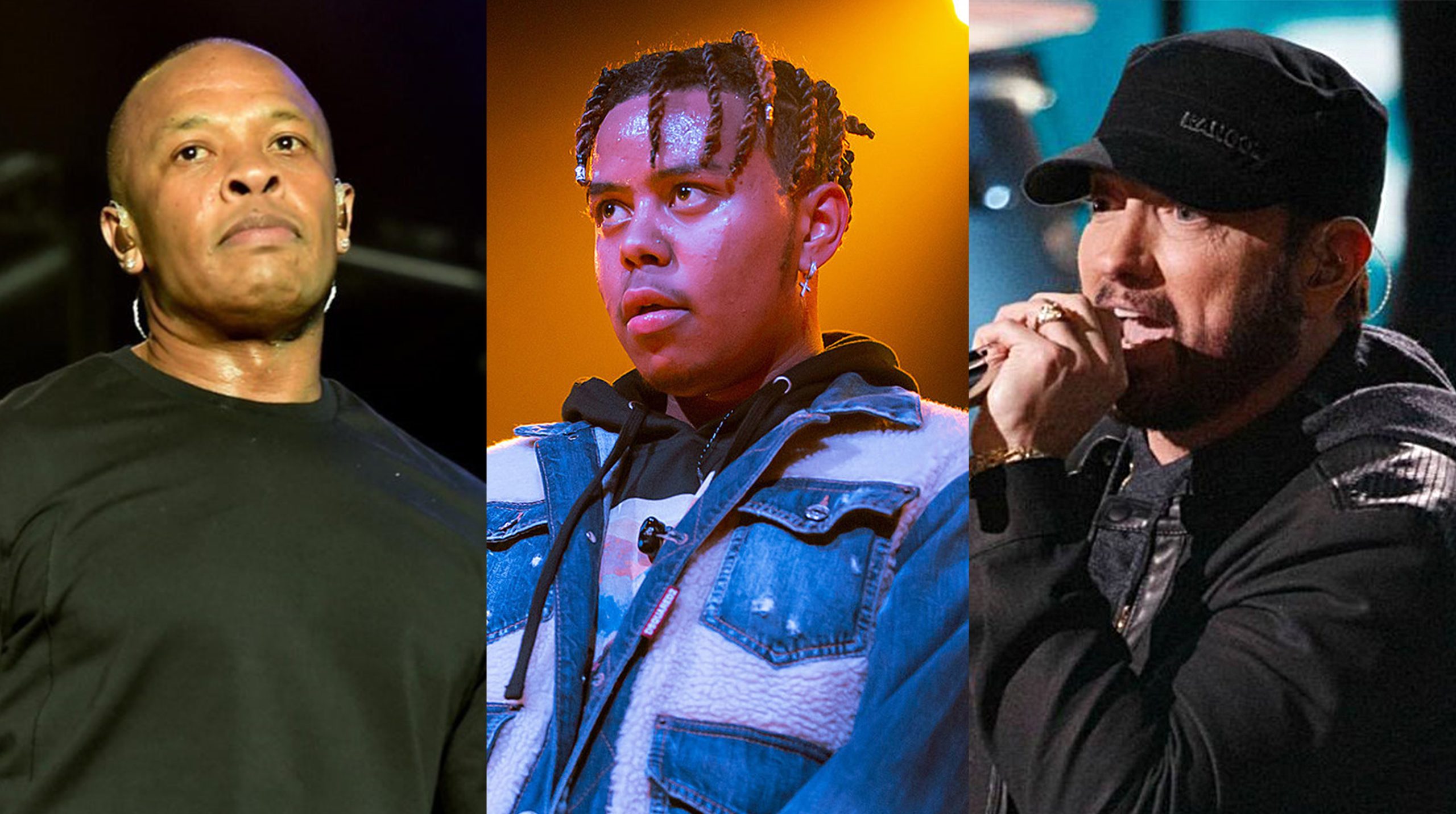 Cordae has recently set down with Ebro in the Morning to have an open discussion on personal topics including his brother Simba who is currently incarcerated, yet featured on his album, and his discussions with Kim Kardashian, the rap scene in the DMV area, being in the tennis world due to his relationship with Naomi Osaka, his weight loss, and studying to be noted as one of the greats one day.

He also talked about his various relationships with the likes of Eminem, Dr. Dre, Nas, Lil Wayne, Kanye West, Stevie Wonder and more.

“I met Dr. Dre three years ago. Shout out to big bro. I connected with Dre through Anderson. Paak. I was in the studio with Anderson. Paak and Dr. Dre walked in and joined. Anderson. Paak and Dre are always locked in studio. I was just talking and Dre was like ‘man I wanna hear how your music sounds like cause you look like crazy ni**a.’ And about a week or two later, he called me. He was like ‘yo, pull up to the studio.’ I think someone showed him my first LA Leakers freestyle and he was basically like ‘yo I rock with that freestyle, pull up in the studio, I wanna see what type of music you can make.’ I pulled up on them and we cooked. It was literally my 21st birthday and I had something completely different planned to do that day but I canceled everything to pull up big bro.” – said Cordae.

At one point of the interview, Peter Rosenberg asked Cordae how collaboration with Marshall on “Parables” remix from his new album From A Bird’s Eye View came about: “Eminem was just shouting me out in bunch of interviews, he was like ‘I rock with you bro.’ When I get a verse from Em, that was some cool s**t. That’s some fly s**t.” Cordae responded.

He continues: “He called me and we ended up talking for like an hour and a half, it was probably mid pandemic, we were just chopping about life, hip-hop, rap, everything for like literally two hours. And he was like ‘yo we gotta get some work in and get some music done’ and I sent them…And you know what? that was like June 2020 and I didn’t even send him a song until April 2021, I’m wild low-key. It’s been a year since we talked. I was like ‘let me just get this verse out bro’ and then I sent them ‘Parables’ and boom that’s how it came about.”