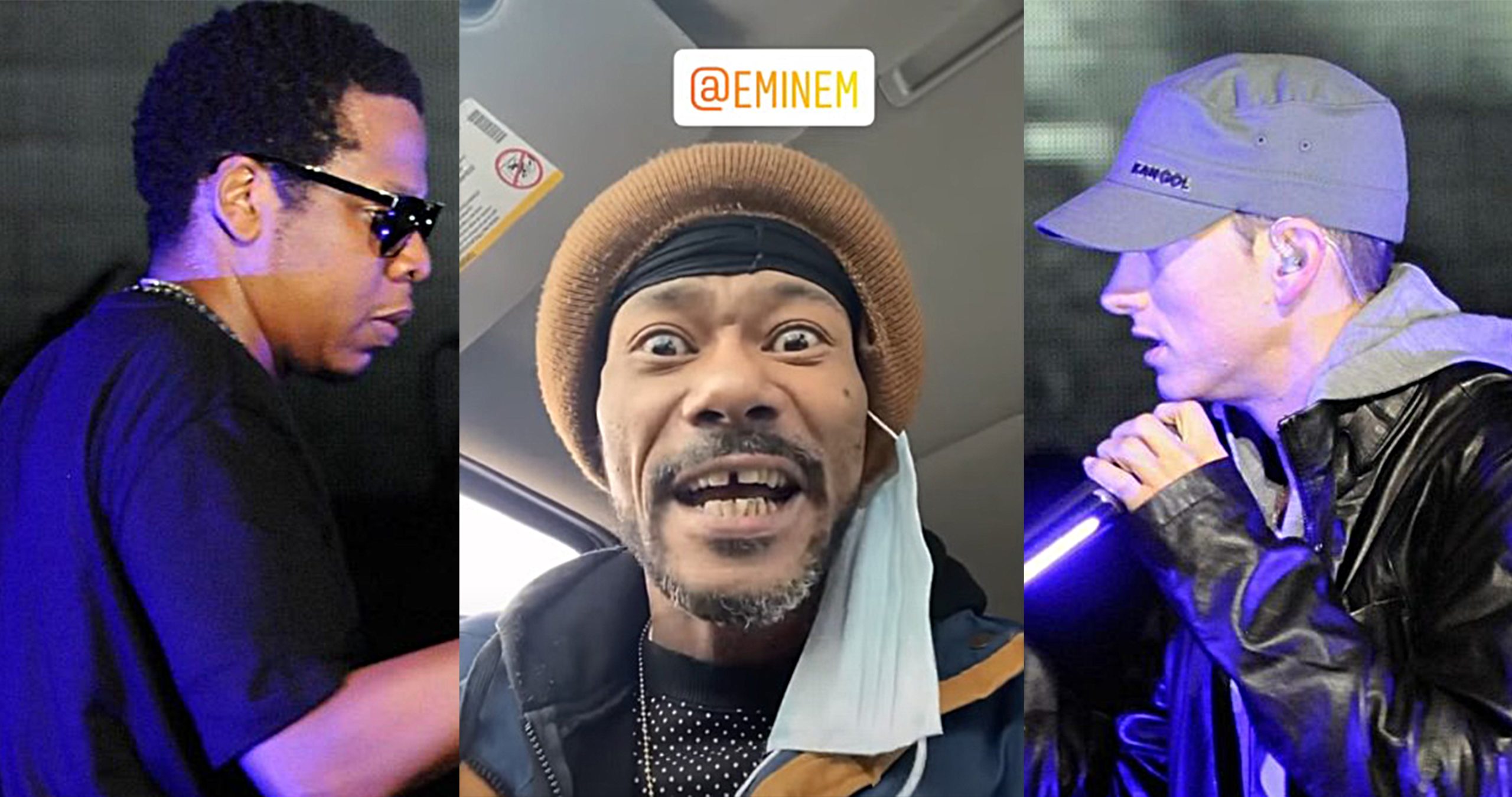 During the podcast, Jigga gave his thoughts on a potential Verzuz match-up by telling the audience that he believes nobody can stand alongside him on that platform’s stage.

After those words, hip-hop fans have been theorizing on who would be best to face-off against Hova. Mentioned list of artists included Kanye West and Lil Wayne but mostly, Eminem’s name surfaced on social media users’ feeds.

“This is unpopular opinion cause you know JAY-Z is the greatest rapper ever, to me, personally. But there is one person, that can stand on the stage and battle Hov and it ain’t who you all think. IT’S EMINEM. IT’S EM THE F**KING NEM BRO!”