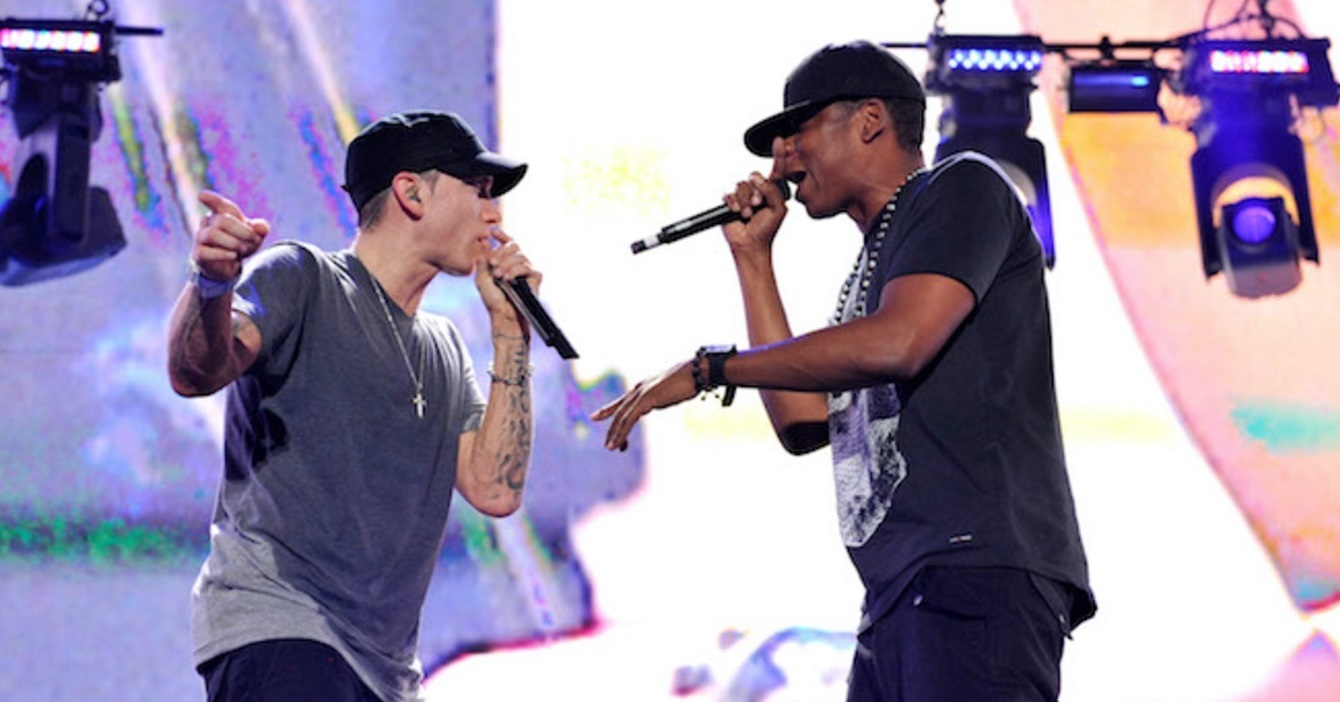 Few days ago, JAY-Z hopped onto Alicia Keys’ Twitter Spaces room to chat about the music industry on Tuesday night, giving his thoughts on a potential Verzuz match-up by telling the hundreds in the audience that he believes nobody can stand alongside him on that platform.

Since he made the comments, hip-hop fans on Twitter thought Eminem could be a good challenger for Jigga, but many of them started to discredit the Detroit legend.

As a result, Hova’s old interviews where he’s naming Eminem as a Top 5 Emcees of all time has resurfaced online.

In his 2012 interview, Jigga responded the same question with: “I would choose Biggie, because of his ability to tell the stories to be humorous, to be dead serious, he just had it all. I would choose Tupac because what he does not have and technical skills will be overcame by passion. Kool G Rap, Big Daddy Kane, KRS-1 we gotta put him as well. I need more Emcees, you gotta have Eminem and Nas but those five and then we will switch them up.”

In 2018, Hova also praised Eminem’s cadence. Listen to all of them interviews below: