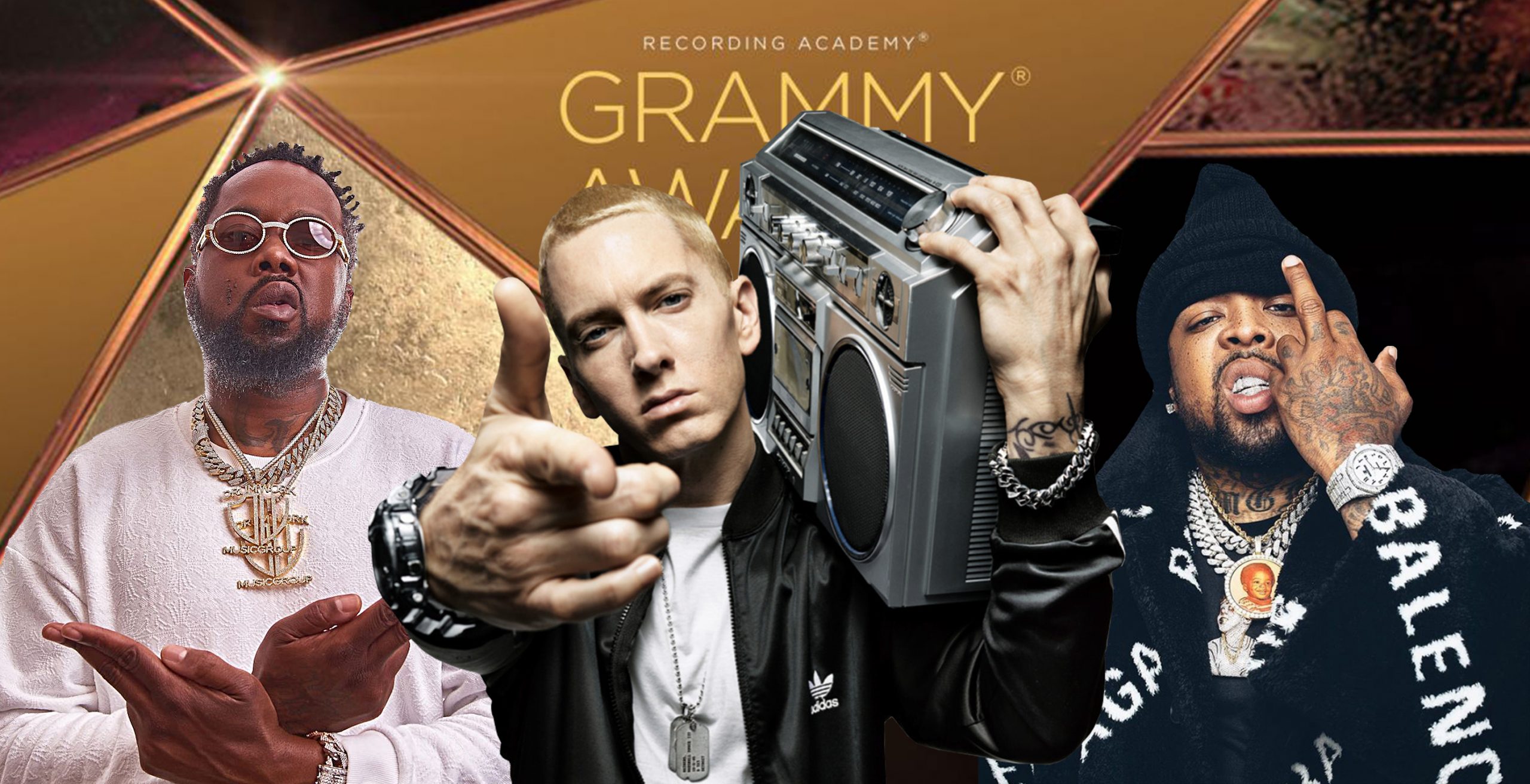 The Grammy nominations for 2022 will be revealed today at 5PM GMT time.

Lil Nas X, Taylor Swift, Billie Eilish, Olivia Rodrigo and Lady Gaga are all expected to be nominees. To be eligible for a nomination at 2022 Grammy awards, a recording had to be released between September 1, 2020, and September 30, 2021.

Eminem did not release an album in this period of time but he did drop the Side B of Music To Be Murdered By album on December 18, 2020, which was accompanied by a music video for a lead single “Gnat”, directed by Cole Bennett.

Slim Shady also dropped the music video for “Higher” premiered on January 23, 2021. Lyric videos for “Tone Deaf” and “Alfred’s Theme” were also released. In May 2021, a remix of “Killer”, featuring Jack Harlow and Cordae, was dropped so there still is a slim chance Eminem to get nominated.

On the other hand, Conway The Machine and former Shady Records’ member Westside Gunn have a big chance of getting nominated in any of the hip-hop categories.

The 64th Grammy Awards ceremony is scheduled for January 31, 2022 in Los Angeles at what will soon be the arena formerly known as Staples Center.

The livestream for the Grammy nominations is available below and it will start shortly: