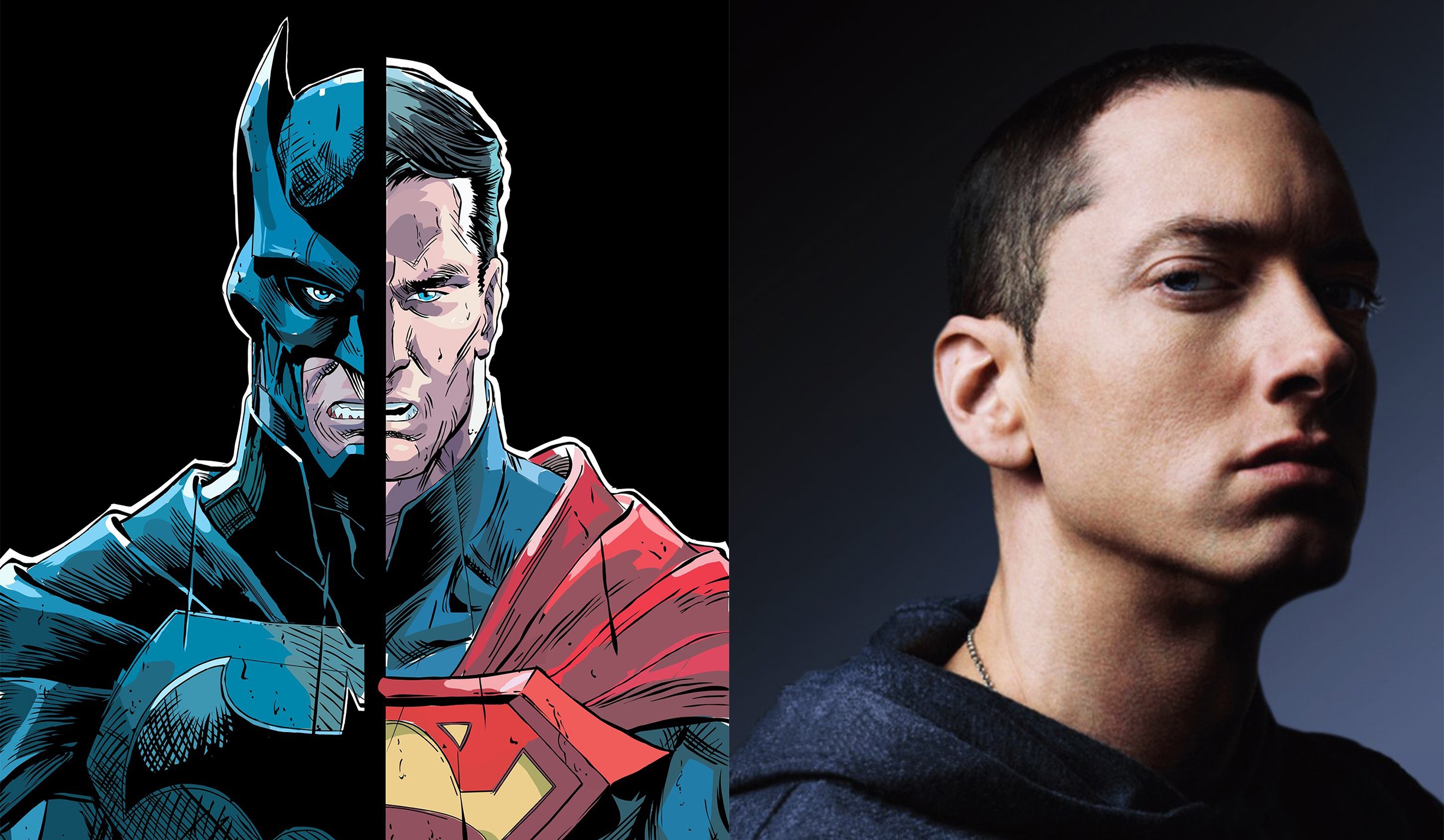 Comic Book Resources, also known by the initialism CBR, which is a Canadian website dedicated to the coverage of comic book-related news and discussion, has recently published a long article about Batman vs. Superman.

Batman vs. Superman was developed in the early 2000s under the working title Asylum, with Wolfgang Petersen at the helm. The initial plan was to promote the film as Batman and Superman, implying a team-up, but then, a week before release, replace the promotional posters with a new version that scratched out the word “and.” The true title would be revealed as Batman vs. Superman.

In the article, it is mentioned that the biggest rumor at the time had Eminem potentially playing Batman.

In the paragraph we read: “Christian Bale was already being rumored to play Batman, while Jude Law and Josh Hartnett were considered for Superman. Petersen also indicated he would be open to Matt Damon playing either role. The most memorable casting rumor at the time had Eminem potentially playing Batman, following the massive success of 8 Mile movie.”

You can read full article here.