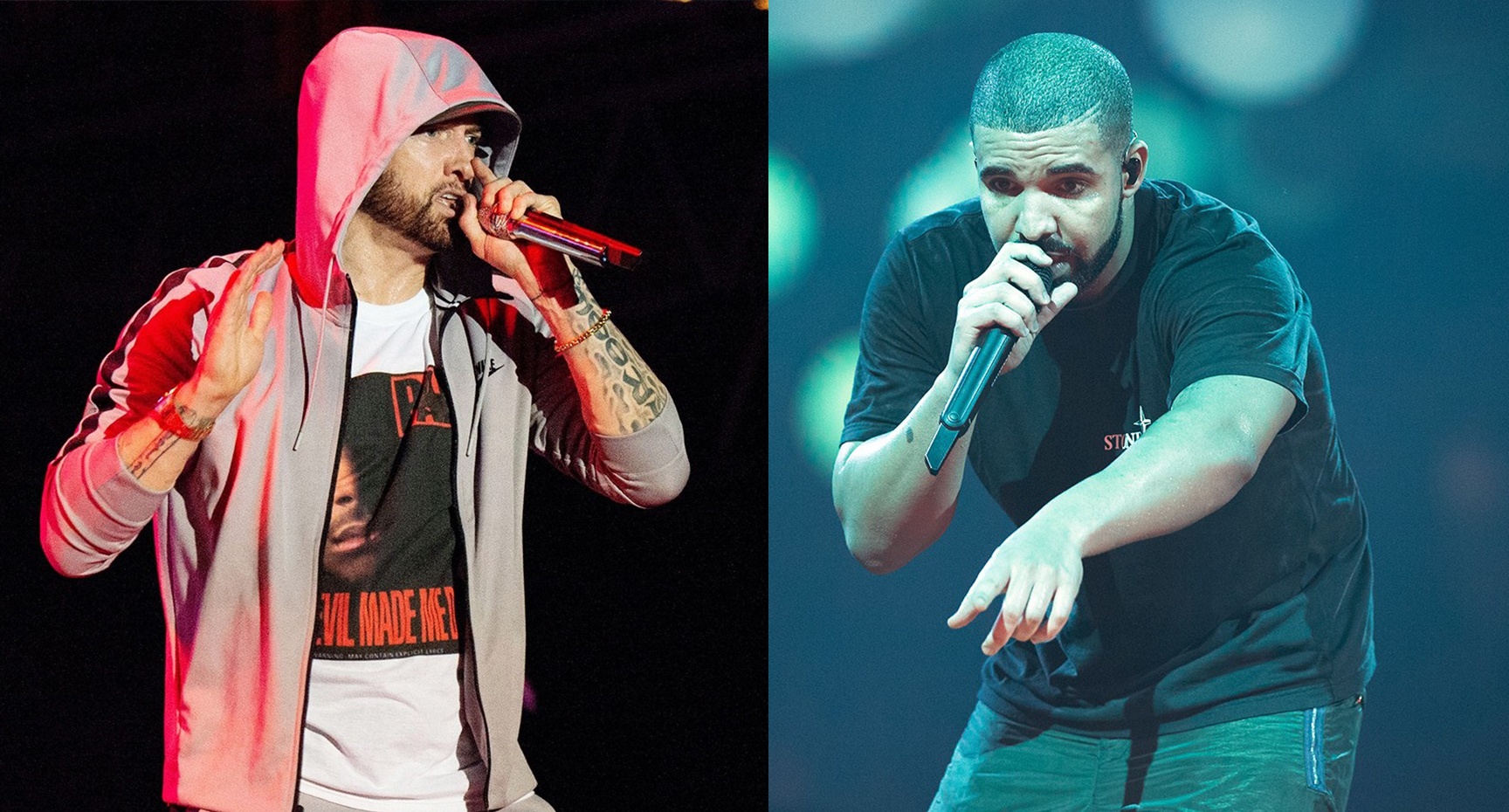 While Drake and Eminem have not collaborated since the 2009 single “Forever,” which also featured Lil Wayne and Kanye West, Eminem sent some advice to Drizzy on his Music To Be Murdered By – B Side track “Zeus,” on which Slim Shady rapped, “And, Drake, they’re gonna turn on you one day too / And the more you win, the sooner they do / They’ll be calling you a trash bin
Sayin’ that your new one isn’t better than your last and / Even if it is, once they start to turn their backs / They ain’t never comin’ back in.”

Eminem also shouted out Drake on his recent collaboration with Nas on a song “EPMD 2” where the Detroit legend raps: “I just pray for the day when I’m able to say that I’m placed with the greats
And my name’s with the Kane’s and the Wayne’s, and the Jay’s and the Dre’s / And the Ye’s, and the Drake’s and the J Dilla’s, Jada’s, Cool J’ / And the Ra’s and amazin’ as Nas is, and praise to the Gods of this.”

Today, Drake took the opportunity to shout out Eminem on Instagram, after he called Em “the greatest rapper to ever touch the mic” back in 2016 in Detroit while performing ‘Forever’

“Man, this guy is underappreciated” wrote Drizzy on his Story, while tagging Eminem and sharing one of his oldest performances.

Drake has also recently followed Eminem on Instagram. Check the screenshots below: 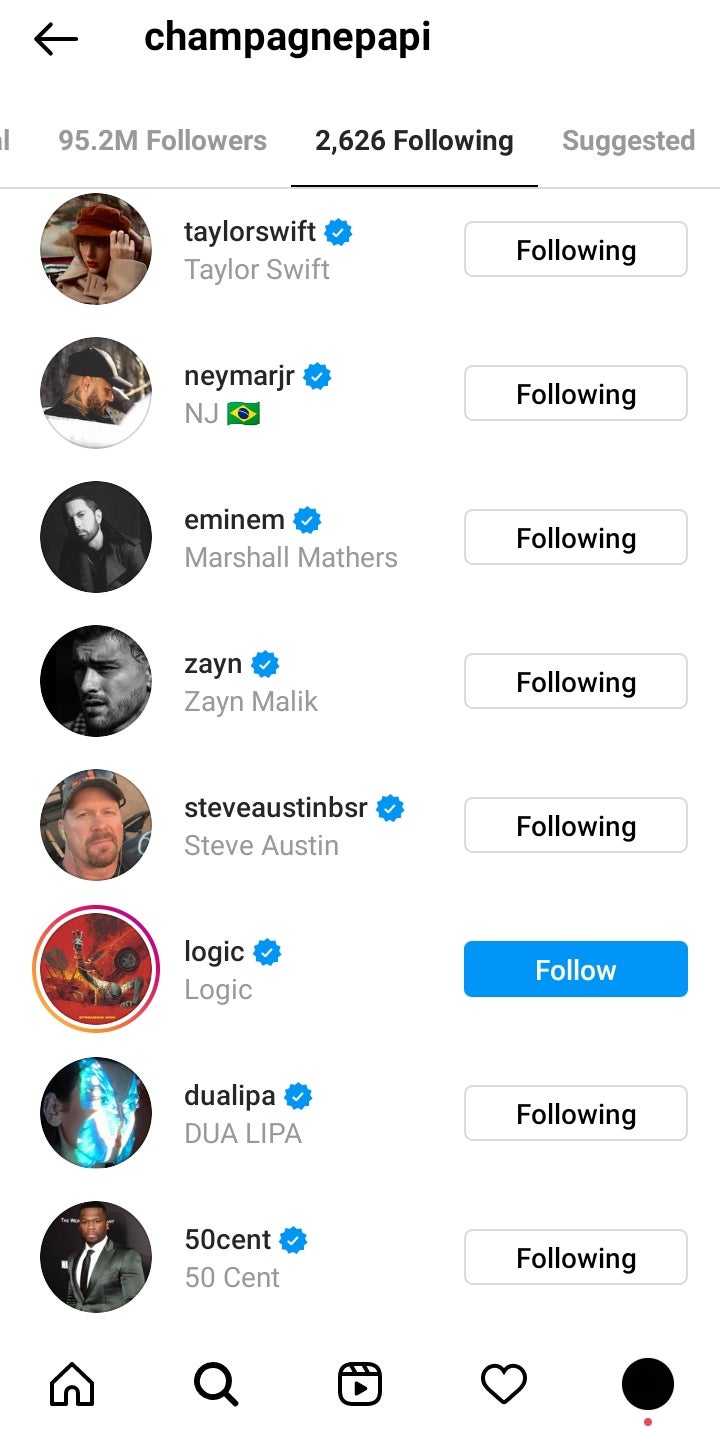