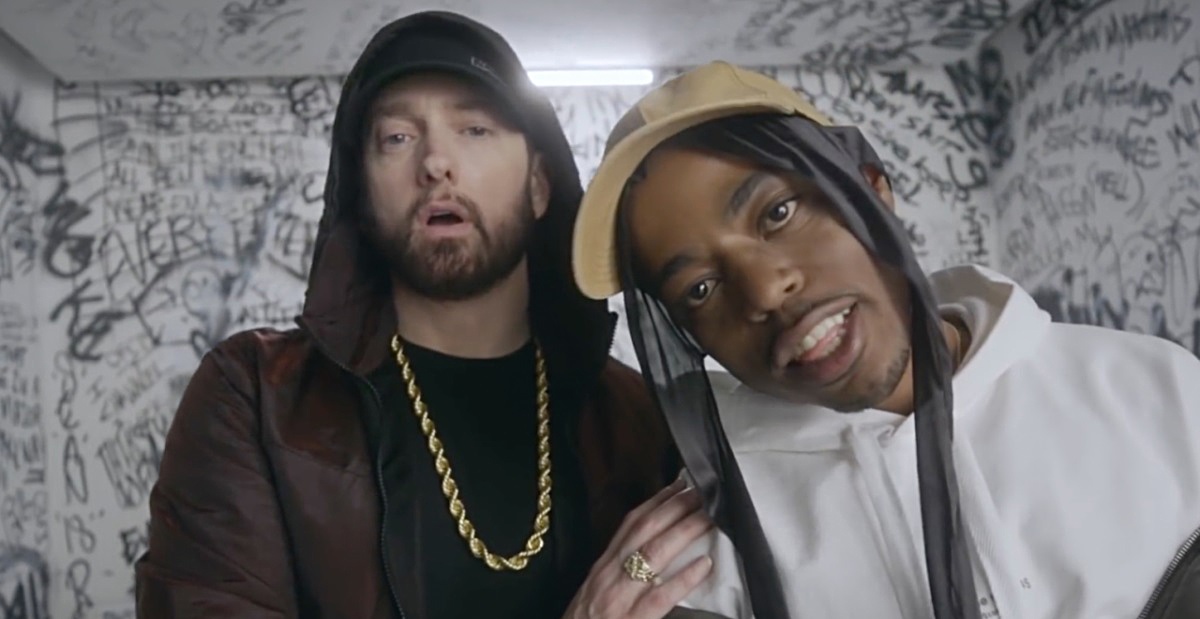 Rory and Mal’s latest episode, which is titled “The Lost Tapes: Side B,” features some never-before-seen discussion with HipHop, Alchemist, Earl Sweatshirt and WestSide Boogie, where they discuss everything the music nerds love, from surprise rollouts to how playlists have killed the album, as well as funny story involving Boogie and Eminem.

“I might get in trouble for saying that but I don’t care. So, I was on tour with Eminem in Australia. Alchemist was there but he doesn’t know I got into trouble. He got a song and he was brining me out to perform cause obviously, when I was performing alone it was like 20,000 people, which was a lot for me still but he was performing in front of 80,000 so he was like ‘we are going to do the song on my set,’ so we did it…We get to his verse and he was like ‘drrrrrrrr drrrrrr,’ I can’t rap that fast. He’s going crazy and I’m trying to hype the man and catch the words but I’m missing it every time, I was like ‘FUCK,” the next day he sent Tracy to talk to me he was like ‘Marshall needs to speak to you’…I was like ‘man, I’m in trouble.’ Em told me ‘you put me in the back man, I need more help, you gotta be better hypeman , you need to catch my words. I spent whole 24 hours trying to learn every single bar just to make sure I can catch them. I was catching words but I’m not moving. That s**t was crazy.” said Boogie.

“He is surgical, especially on stage with all details.” – Alchemist added.

You can watch the interview and “Rainy Days” performance below: