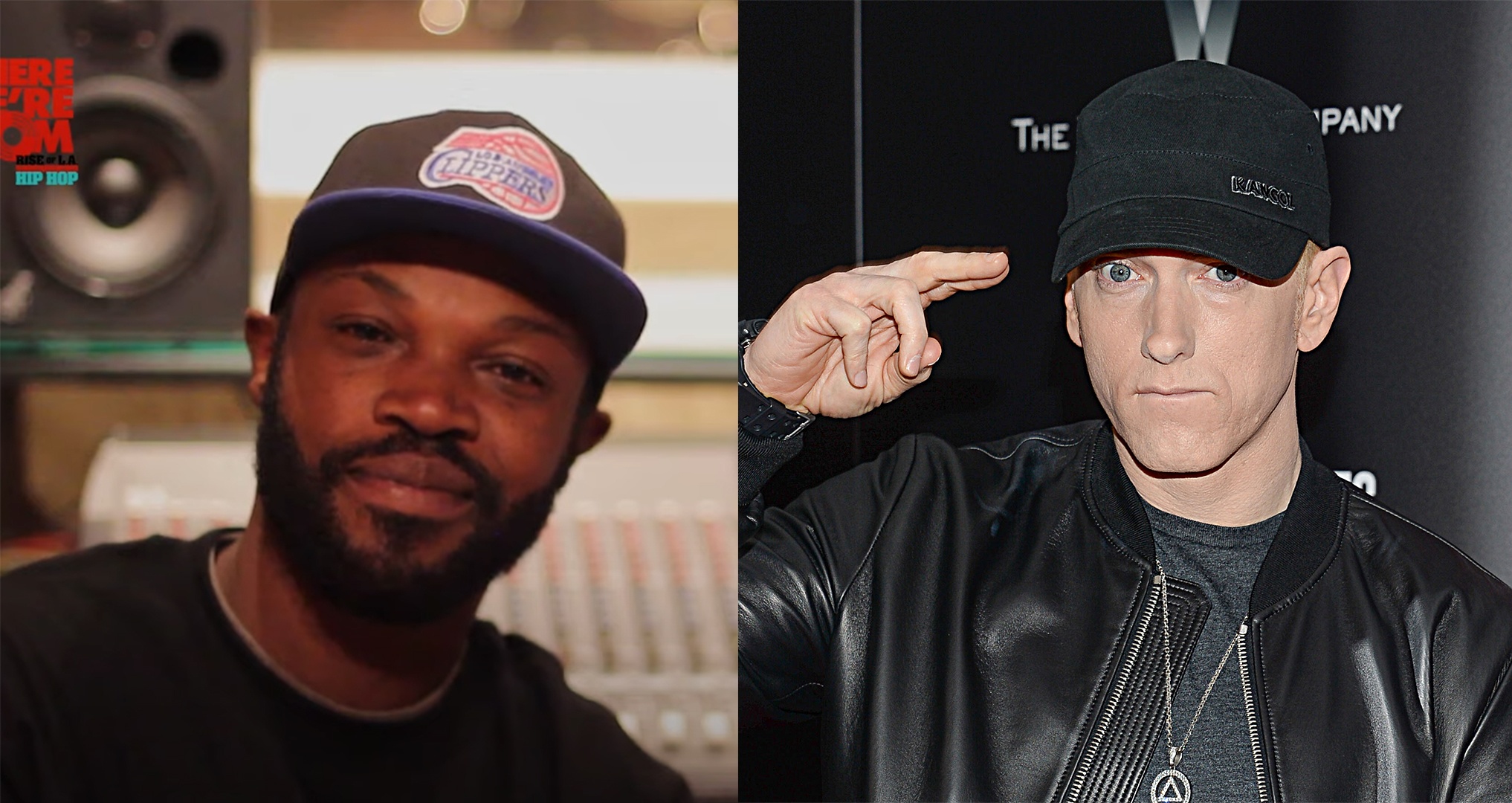 Back in 1997, Eminem participated in the Rap Olympics during the Rap Sheet convention at the Red Lion Hotel in Los Angeles where he went all the way to the final, up against Otherwize who eventually took the  crown.

The infamous face-off is now part of the new documentary titled Where We’re From: Rise of LA Underground Hip Hop that was produced by Element co-founders DJ Breeze and DJ Bonds who were both instrumental in establishing the underground Hip Hop scene.

In a new interview with HHDX, DJ Breeze said: “Eminem held his own as well. The battle with Wize had to go extra rounds because these dudes were going at it. The battle had also a slight racial overtone to it. Obviously ’cause there were few white rappers at the time. So it definitely started to take on the feel of Black versus white. I will say this, the battle between those two guys was phenomenal. It had to go extra rounds because at one point it just seem like they were so evenly matched.”

“Even though you could feel the crowd wanting Otherwize to win, you couldn’t deny Eminem skill set. But I do feel confidently 100 percent that Otherwize did win the battle. Did he blow them out of the water? No, he did not. But he did win. It also adds a kind of lore to Otherwize’s name considering Eminem bought all the footage so nobody could see the battle.”

You can watch the Otherwize VS Eminem part from Where We’re From documentary below: