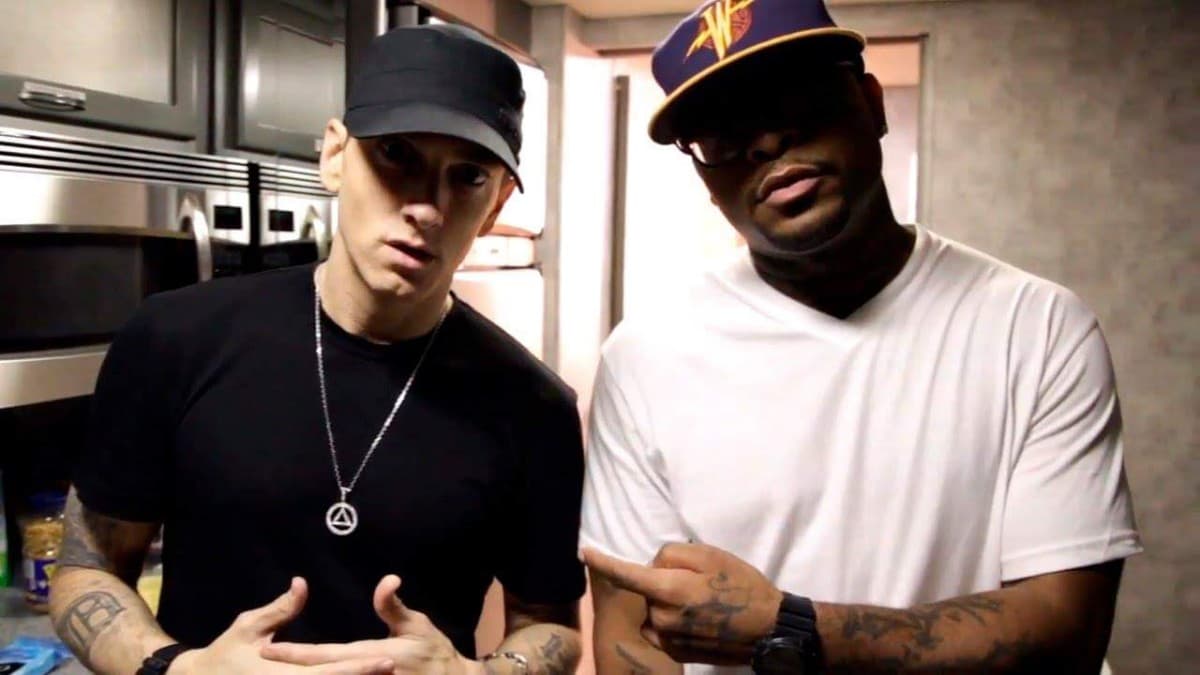 Royce Da 5’9″ has recently set down with Mikey T of Report Card Radio, where he talked about meeting Eminem at Usher’s concert, Bad Meets Evil, signing Slaughterhouse to Shady Records and the potential rap battle with Cassidy.

“I will say this, Cassidy will have a better shot at Em responding to him with a diss record. Then we would be getting him to come to the battle rap stage and commit to 3 rounds on camera and give somebody ownership of his likeness and that content. But, I do not see him doing that, I do not see a scenario where that would even make sense, somebody of his magnitude. He would be better off just doing it on his own platform and then who would he single out to battle and what would be the purpose.”

“But Eminem is definitely tuned in, he loves Murda Mook. I think Mook is his favorite right now, but he definitely tuned in, definitely love the battle rap scene. I am sure he fantasizes about that s**t. It is a whole bunch of s**t that he can not do no more that he used to be able to do that he wish he could still do but he just can not because he is just too larger than life.”

“Battle rap is what what he knows. I mean, it was obviously different when he was actively doing it but there is some truth to a lot of the anecdotal things that everybody regurgitates. I guess if any pivot into any space, its going to require some adjustments, but you know man, the pen is the pen.” says Royce.