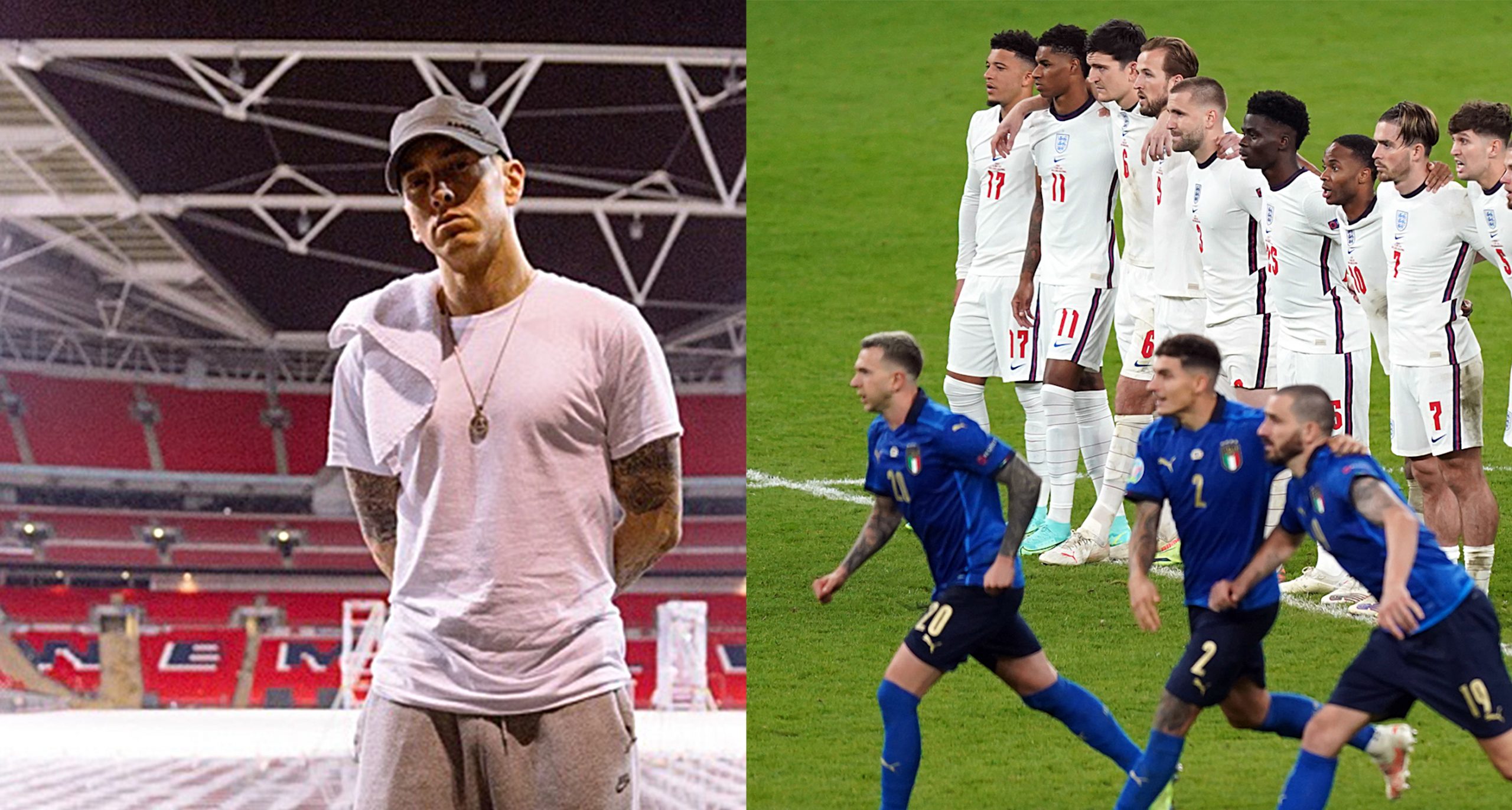 England suffered a penalty shoot-out loss in the final of EURO 2020 against Italy, as the biggest night in the nation’s recent footballing history ended in heartbreak on the pitch and trouble outside.

Ticketless fans stormed the gates before kick-off with some forcing their way into the stands at Wembley where the Three Lions lost 3-2 on penalties to Italy following a 1-1 draw in the full time.

The Wembley PA blared out Eminem’s 2002 hit song ‘Lose Yourself’ as the penalty takers were decided: “If you had one shot, or one opportunity, to seize everything you ever wanted, in one moment, would you capture it, or just let it slip?”

You can hear the sneak peek of “Lose Yourself” in the video below:

It should also be noted that, on the same day as the EURO 2020 finals, 7 years ago, Eminem became the first ever rapper to headline Wembley Stadium in London.

He sold 90,000+ tickets within just 45 minutes so they had to add another date. The second date too sold out within 60 minutes. pic.twitter.com/rJOE4l0P8E