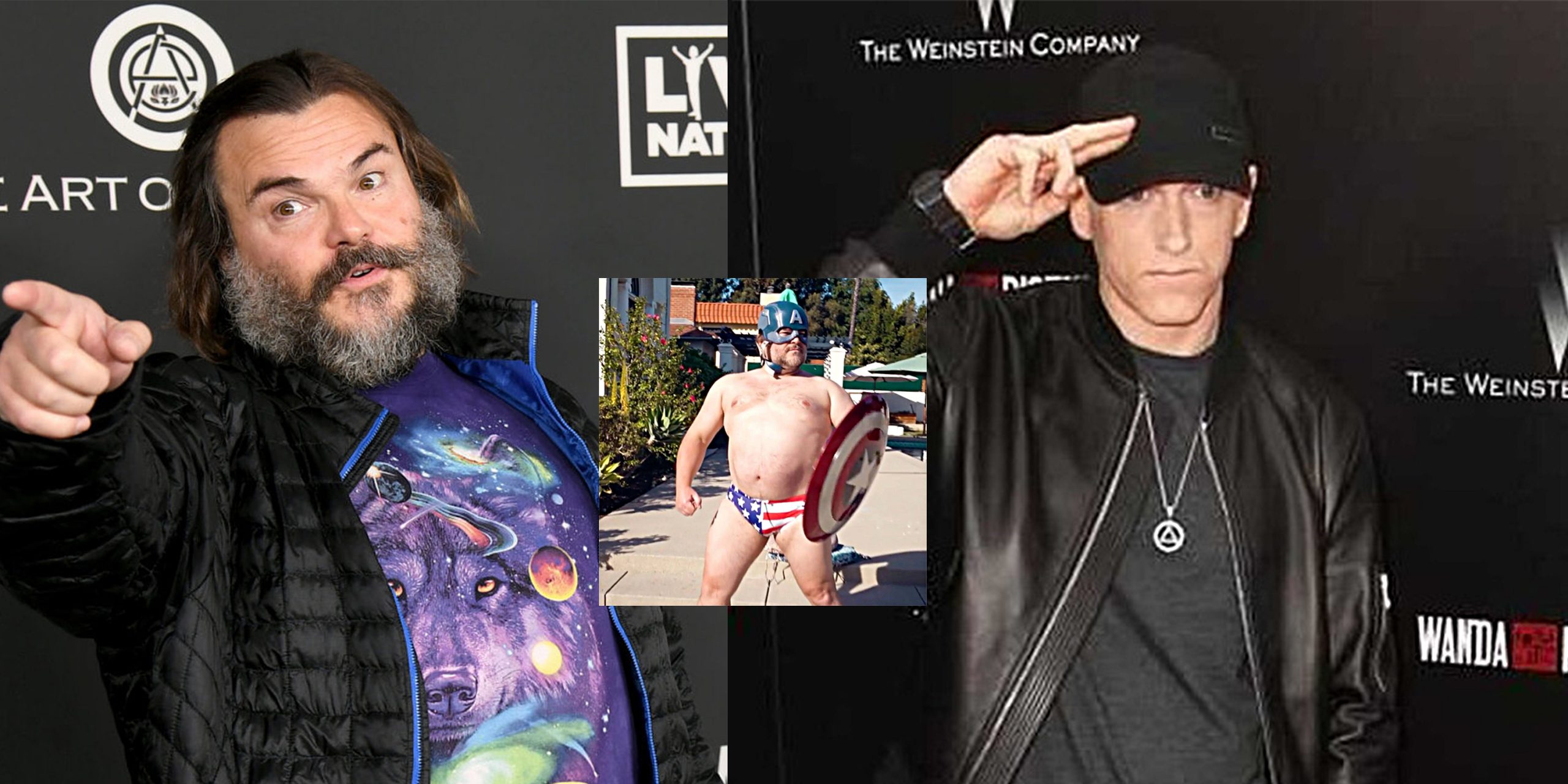 Comedian Jack Black encouraged his fans on social media to get their COVID-19 vaccination by posting a post-vaccination video of himself transforming into different members of the Avengers, along with Eminem’s “Lose Yourself” music on it.

Posted on Instagram, the clip opens with the School of Rock star standing shirtless and pretending to get a COVID-19 vaccination. The camera then pans to show Black wearing an American Flag Speedo and Captain America helmet as he kicks through a pile of fake bricks.

As the nearly two-minute-long video continues, Black shows off some seriously suggestive dance moves while being hit with spray from a hose. Later in the clip, the Tenacious D musician transforms into other Avengers, including Hulk, Thor, Iron Man and Spider-Man.

After the video was released, Eminem’s “Lose Yourself” re-entered on United States iTunes Top 10 charts. You can watch it below: