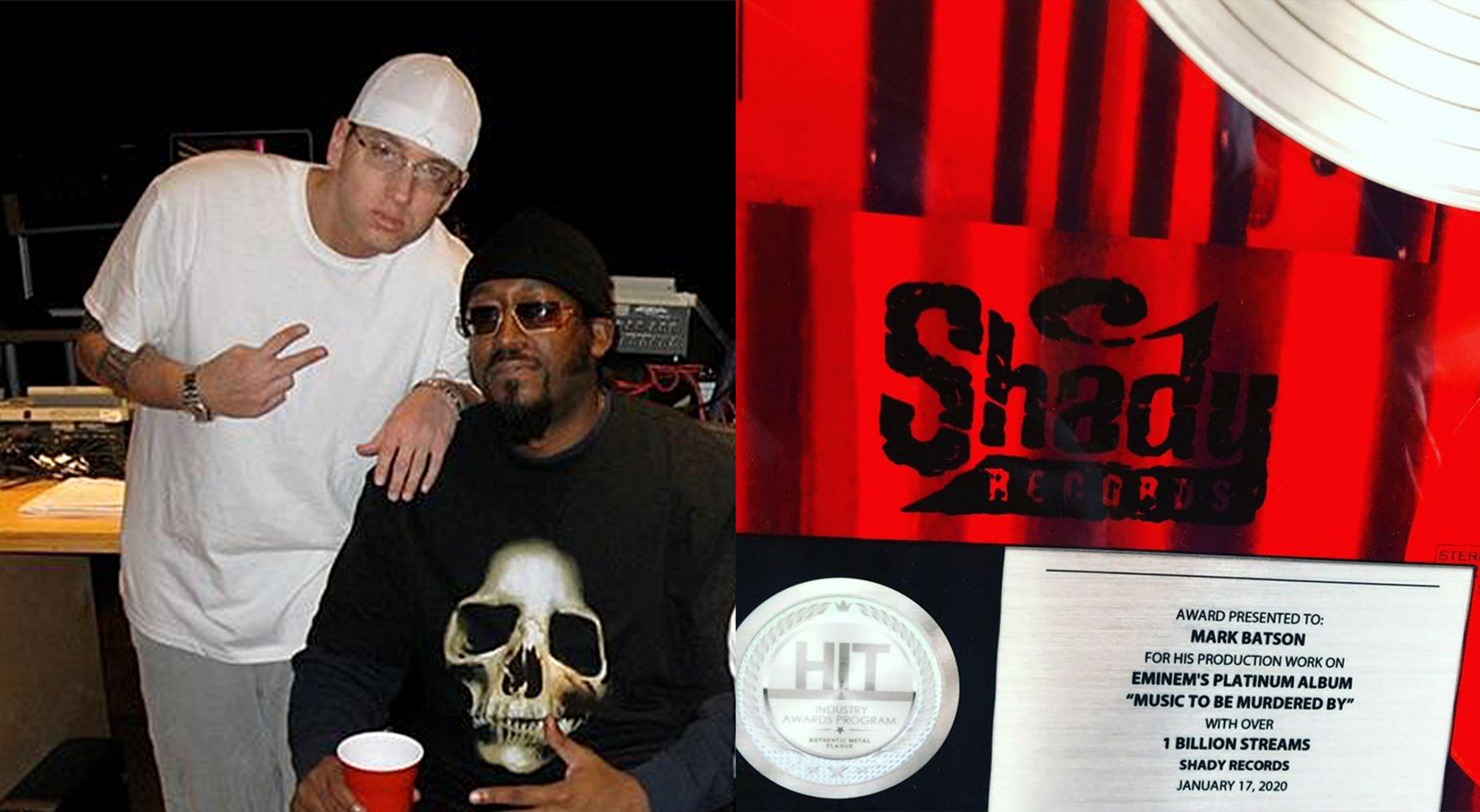 Legendary producer Mark Batson, who has been involved in countless Eminem tracks, has recently hit Instagram to celebrate his latest effort with Slim Shady, Music To Be Murdered By going platinum and hitting 1 billion total streams.

“Today celebrating more than 1 million albums and 1 billion streams since release of Music To Be Murdered By album. Another jewel for us in the crown of Team Shady. Realizing today that I have been a part of this for almost 20 years. Sending thanks to Eminem, Dr. Dre, Shady Records.” wrote Mark while sharing the streaming plaque.

To remind you all, Mark Batson was involved in the production of “Premonition” intro track on Music To Be Murdered By album. Check out the post below: