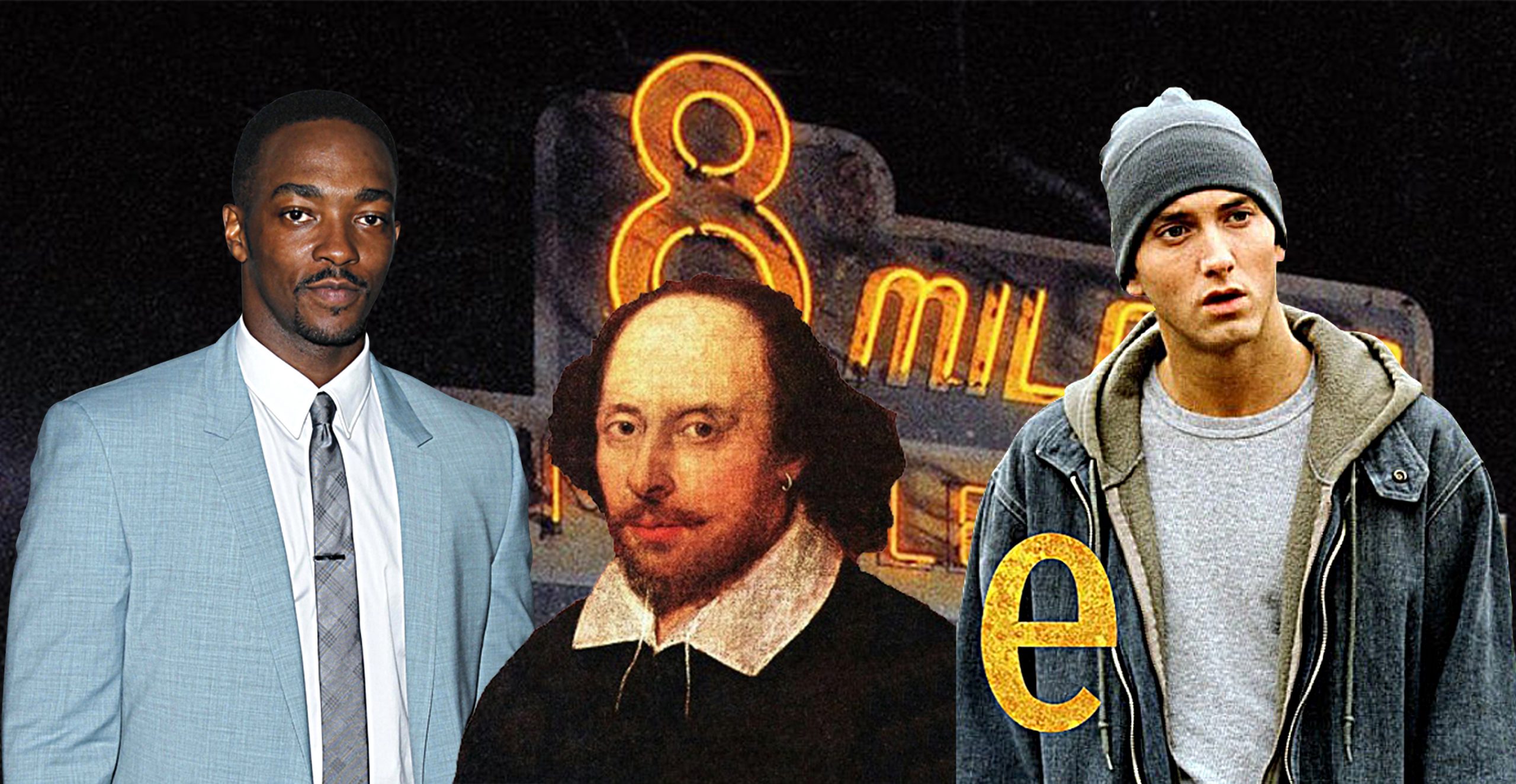 One of the Hollywood’s power players, Anthony Mackie, whose latest film, Outside the Wire, is currently trending on Netflix, has recently visited Hot Ones on First We Feast where the host asked the actor how did he prepare for a Papa Doc role in Eminem’s 8 Mile movie, on which he replied:

“You know what’s interesting? I find myself very lucky to have studied Shakespeare. When you look at Shakespeare, the way he wrote, he wrote in verse. So the idea of approaching a rapper from the perspective of an actor, you are really just speaking in poems. I always said, one of the greatest rappers that ever lived was William Shakespeare. So It helped a lot as far as being able to understand the cadence, the verse, the meter and putting those words in rhyming couplets and into form.”