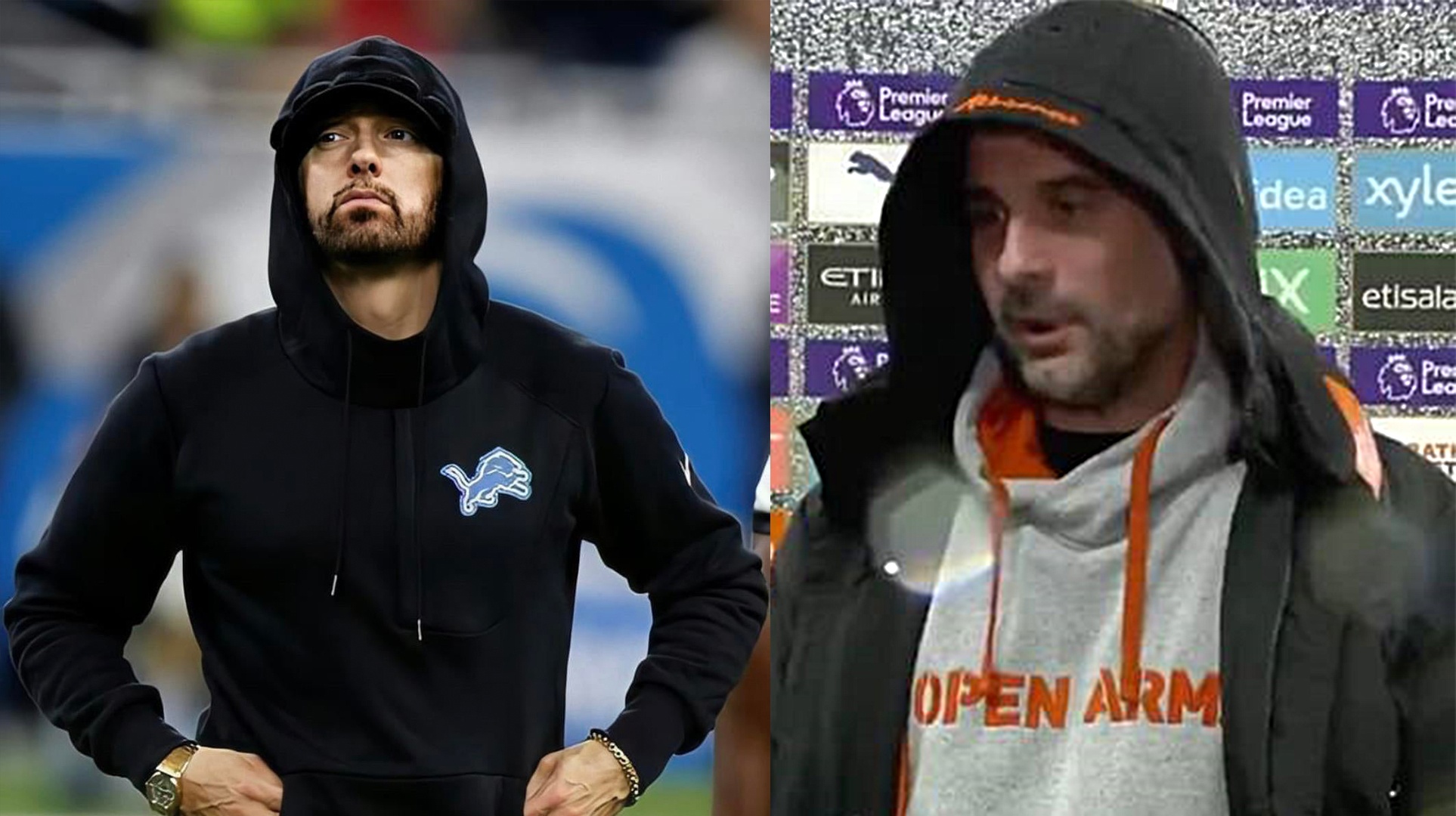 Repping a hoodie and rain jacket combination, and with his hood protecting him from the heavy rain in the North West, Guardiola left himself exposed to a hilarious tongue-in-cheek dub.

Kristian von Streng Hæhre, who is a content creator at TV 2 Sporten, synched Eminem’s legendary song “Lose Yourself” over one of Guardiola’s answers to a question from the media.

In the 40-second clip Pep Guardiola is transformed from tactical football thinker to freestyling rap extraordinaire. The video that drew attention from Gary Lineker too.

The video has collected more than 2 million views in 19 hours. Watch it below:

Pep’s got unreal flow to be fair. pic.twitter.com/QTdp8koYbP