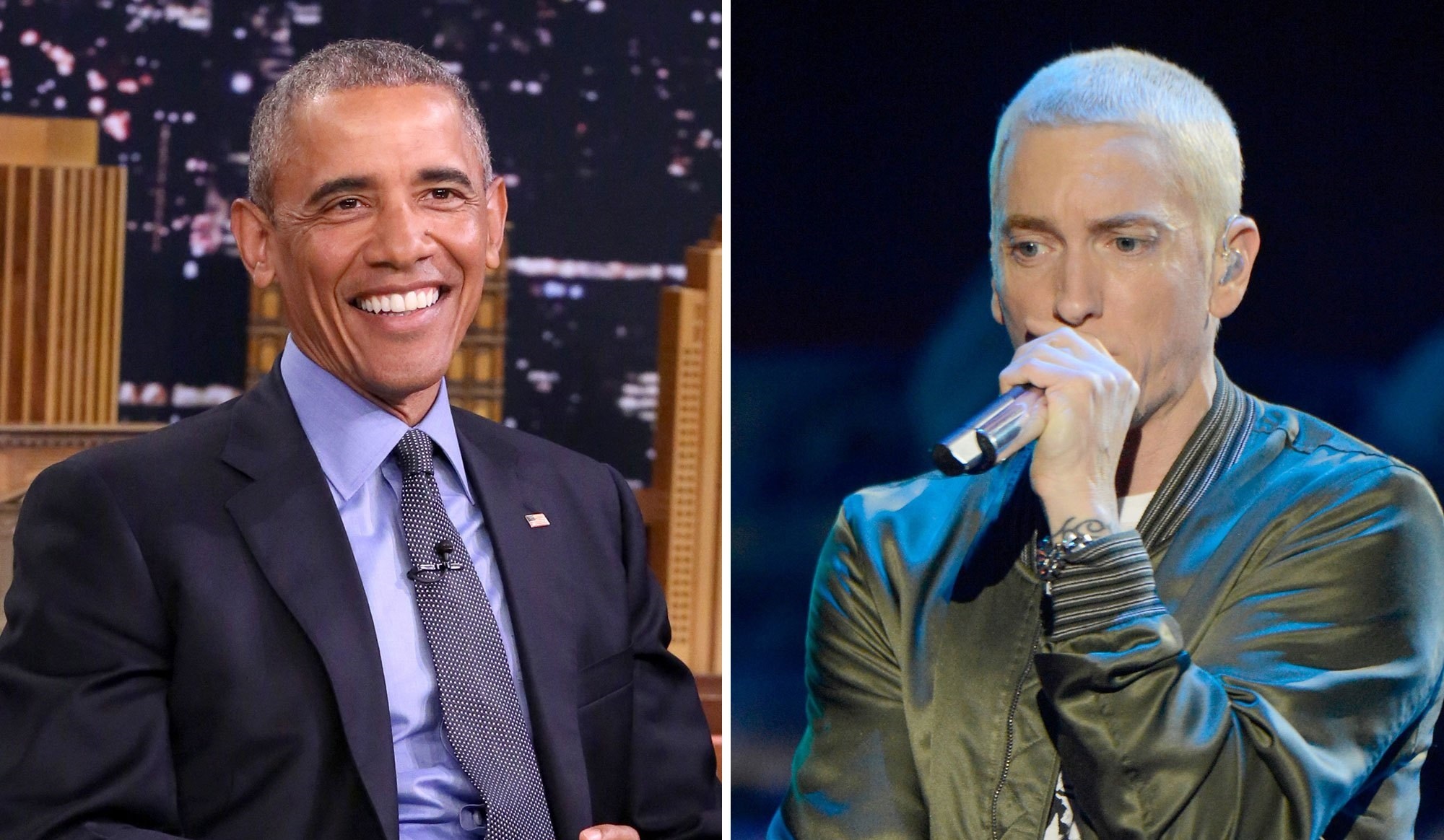 On Friday, Production company ATTN and Barack Obama announced that they are teaming up to launch a 5-part video series that highlights some of the biggest themes from the 44th president’s new memoir, A Promised Land, the book that became the bestseller in 2020.

“When I needed inspiration on the presidential campaign, I often turned to music. Ultimately it was rap that got my head in the right place, two songs especially: Jay Z’s “My 1st Song” and Eminem’s ‘Lose Yourself.” Both were about defying odds and putting it all on the line (“Look, if you had one shot or one opportunity, to seize everything you ever wanted in one moment, would capture it? Or just let it slip…”)” – Obama said, reading a passage from his book.

Eminem responded Obama on his Instagram story with folded hands emoji. You can check out the screenshot below: 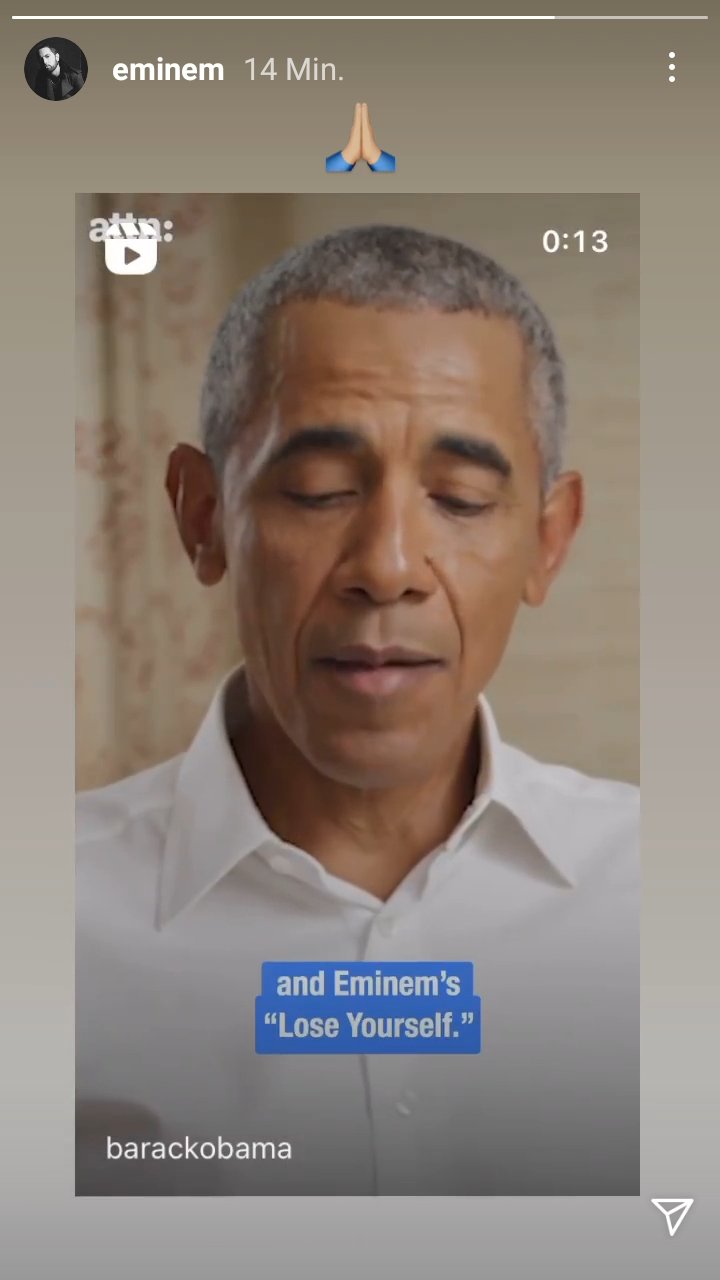