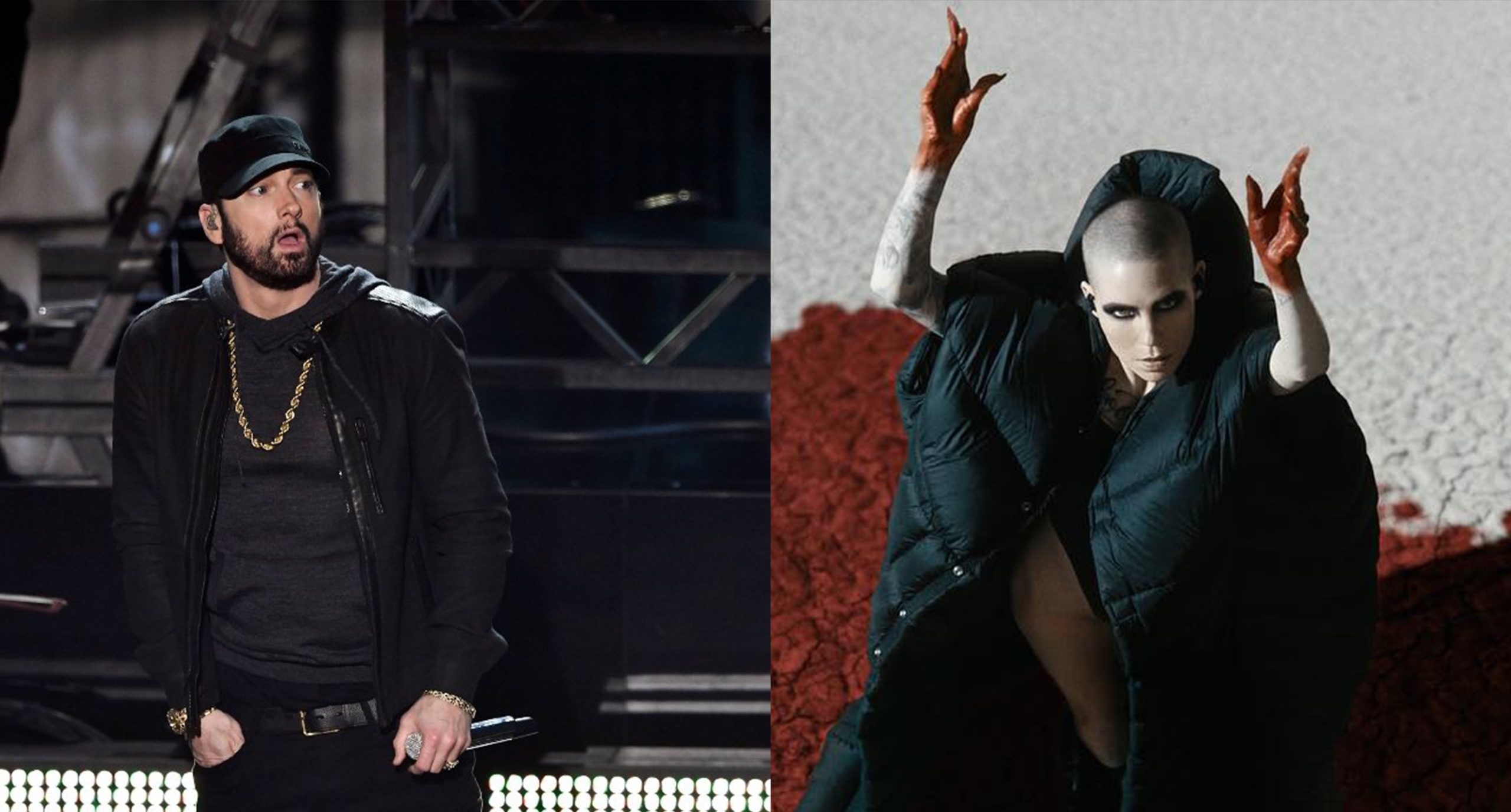 Skylar Grey has released the music video of “Vampire At The Swimming Pool” from her self-titled fourth solo studio, released back in April 28, 2022.

Even though Skylar Grey is an independent artist, who was forced to sell her entire music catalog to pay for divorce settlement with Todd Mandel and taxes, appears to be getting a helping hand from her friend and long-time collaborator, Eminem.

Slim Shady has shared Skylar Grey’s latest music video on his Instagram story and retweeted Shady Records’ tweet that has “Skylar Grey is killing it” in the caption.

Elsewhere in Shady Records news, Eminem is continuing his 20th anniversary celebration of The Eminem Show with a second merch drop.

The followup to the initial May drop, the new capsule features T-shirts and long-sleeved tees honoring Slim Shady’s classic album. Lyrics to “Without Me” — one of his most iconic hip-hop tracks — and monochromatic images of the rapper with Dr. Dre, The Eminem Show’s tracklist and a special 20th anniversary design are printed on the front and back, commemorating both the album’s legacy and concepts from that era.

In addition, fans can pick up the album’s 20th anniversary expanded edition CD and a collector’s 4LP, fine art prints with rare and previously unseen photos and framed collectibles with an autographed plaque from Eminem.

“Well, if you want Shady, this what I’ll give ya” 📺 #TheEminemShow 20th Anniversary Collection just dropped! https://t.co/kqXYLncLyN pic.twitter.com/ZO3bQiH6l8