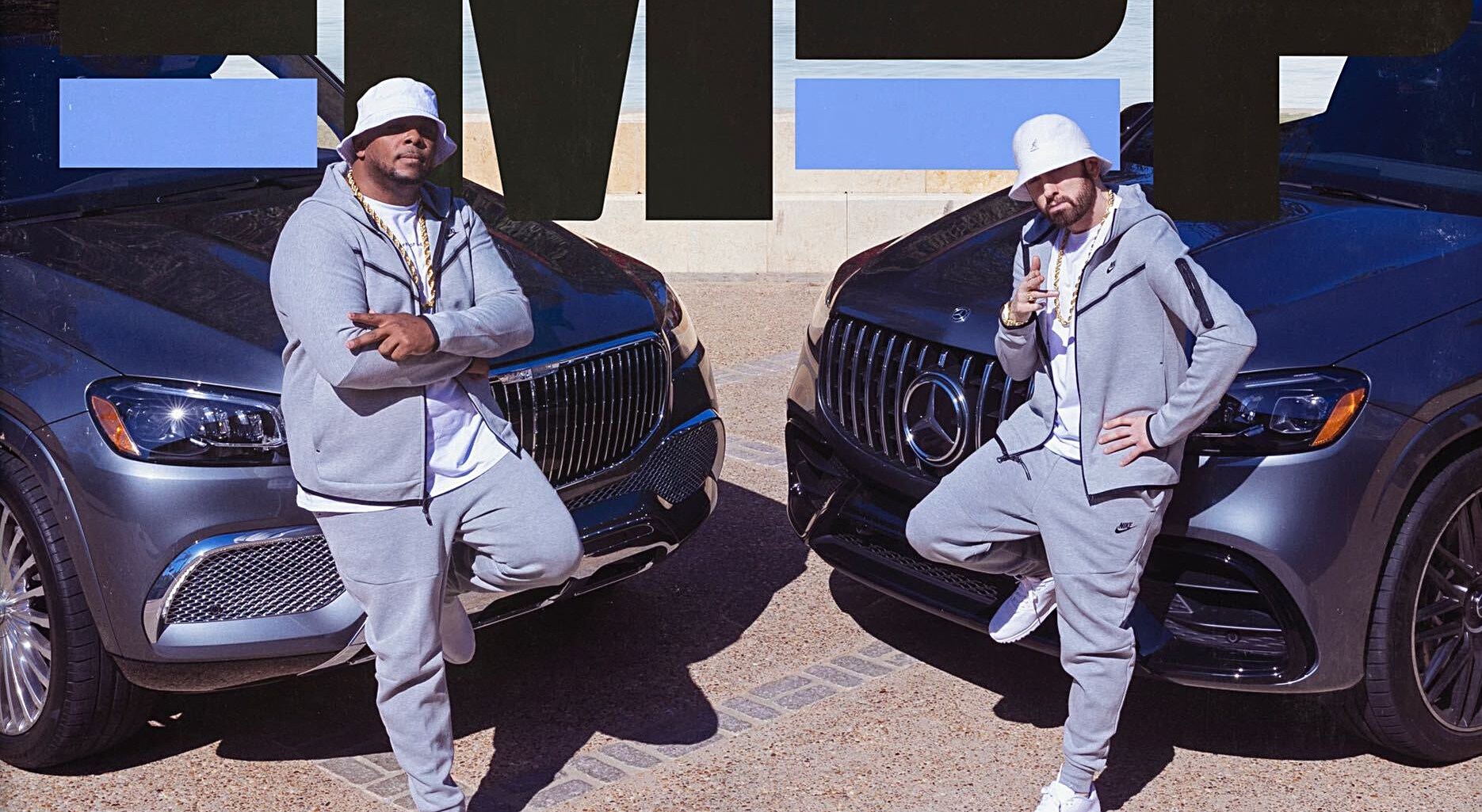 Eminem has recently hit the social media with the new picture with Denaun Porter and couple of Mercedes-Benz cars around him.

The picture is actually a homage to legendary hip-hop duo EPMD. It references the album cover that Erick and Parrish made back in 1989, called “Unfinished Business.” 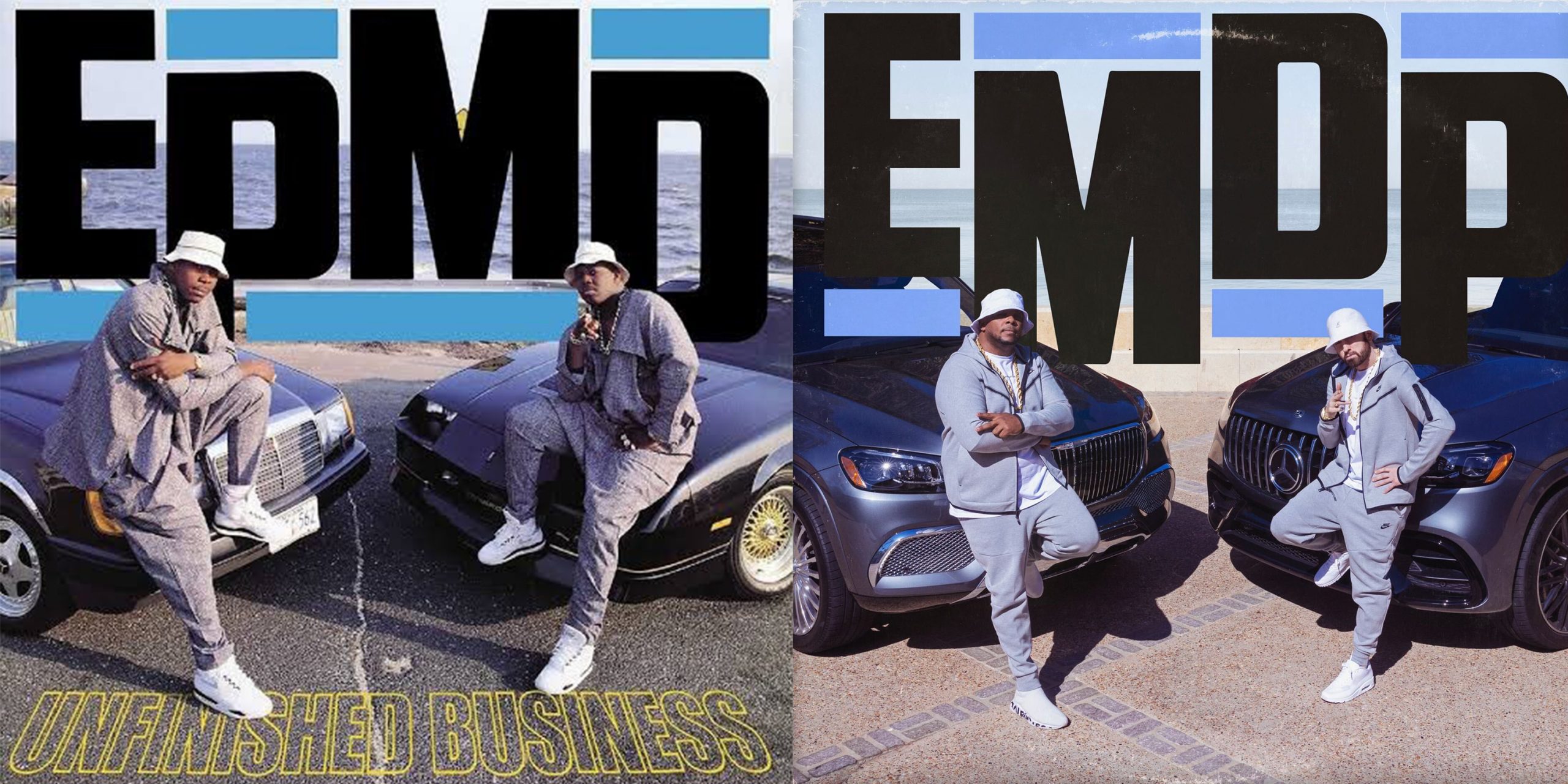 Last year, on a song called “EPMD 2,” Nas recruited Eminem and EPMD on a track that served as the sequel to Nas’ February 2021 track, which also features producer Hit-Boy, who co-produced the song and King’s Disease II album. The artists dive into the religious side of ongoing events and pay tribute to those who have passed away recently.

Even though Slim Shady said it himself that it’s not about the new project, fans believe it otherwise. Last time Eminem showed homage to legendary hip-hop act, KAMIKAZE album dropped. So, maybe fans are right after all. Check out some reactions below: