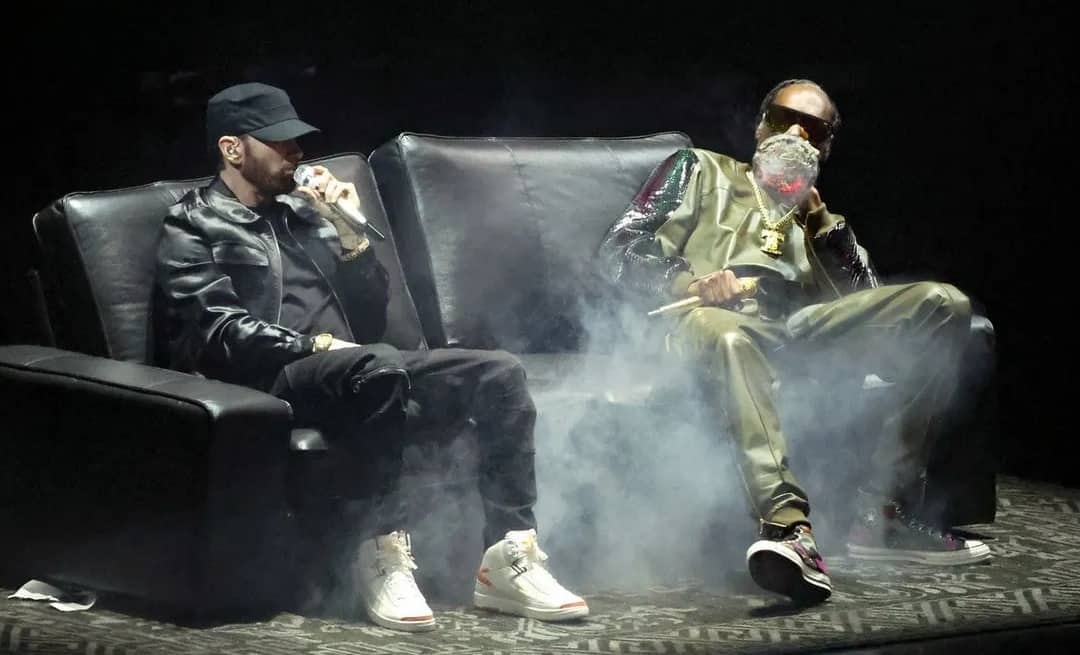 Eminem and Snoop Dogg have just hit the MTV VMA’s stage for a one-of-a-kind performance of “From the D 2 The LBC.”

Slim Shady and Snoop Doggy Dogg transformed the “VMAs” stage for a first of its kind performance of “From the D 2 The LBC” inside the world of the Otherside metaverse in partnership with Yuga Labs. This is the first metaverse inspired performance to ever grace an award show.

Eminem and Snoop Dogg are up for “Best Hip Hop” category with “From The D 2 The LBC,” the first collaboration between hip hop legends in over two decades. They are up against  Future, Kendrick Lamar, Nicki Minaj, Pusha T and Latto. The winner will be announced shortly.

Meanwhile you can watch the performance below: