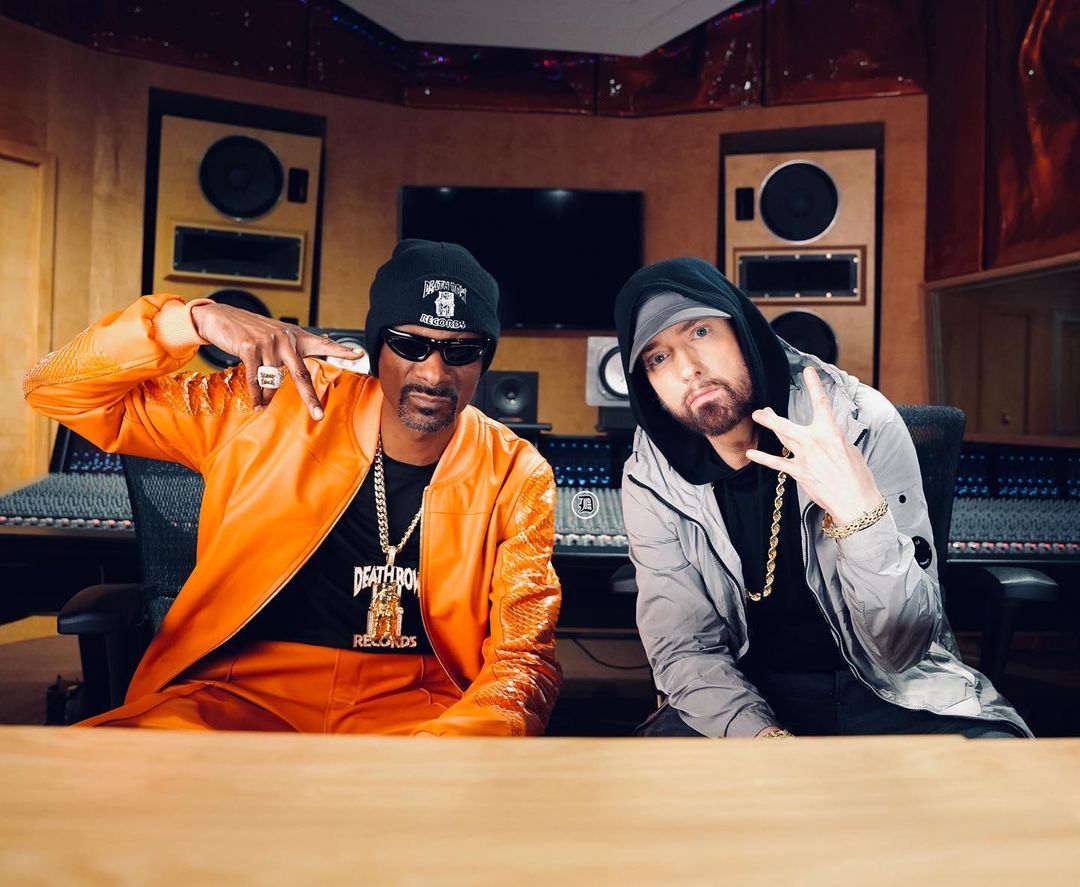 “From The D 2 The LBC” is a single from legendary rappers, Eminem and Snoop Dogg, which is supposed to be the upcoming compilation album called “Curtain Call 2″ from Slim Shady.

The song’s title pays homage to the two rapper’s respective cities, Detroit, Michigan and Long Beach, California. It was previewed hours before the release at Ape Fest 2022, with the two showing off the music video onstage.

The song follows a year-old rekindling of their decades long friendship, after previous beef in 2020, spawning from Snoop saying he can live without Eminem’s music. The comments even spawned a few lines from Eminem in his MTBMB Side B track, “Zeus,” where he rapped: And, as far as squashin’ beef, I’m used to people knockin’ me / But, just not in my camp / And diplomatic as I’m tryna be / Last thing I need is Snoop doggin’ me / Man, Dogg, you was like a (Yeah) damn god to me / Nah, not really (Haha) / I had “dog” backwards.”

Later Snoop apologized to Em and together they made a historic performance at the 2022 Pepsi Super Bowl Halftime show and now they jumped on a track together which is currently climbing up to the iTunes charts. Right now the song holds first place on Top Selling Hip-Hop/Rap songs chart and 5th in all genres. You can check the Top 5 below and stay tuned to be updated on chart news:

You can bump the new track below!