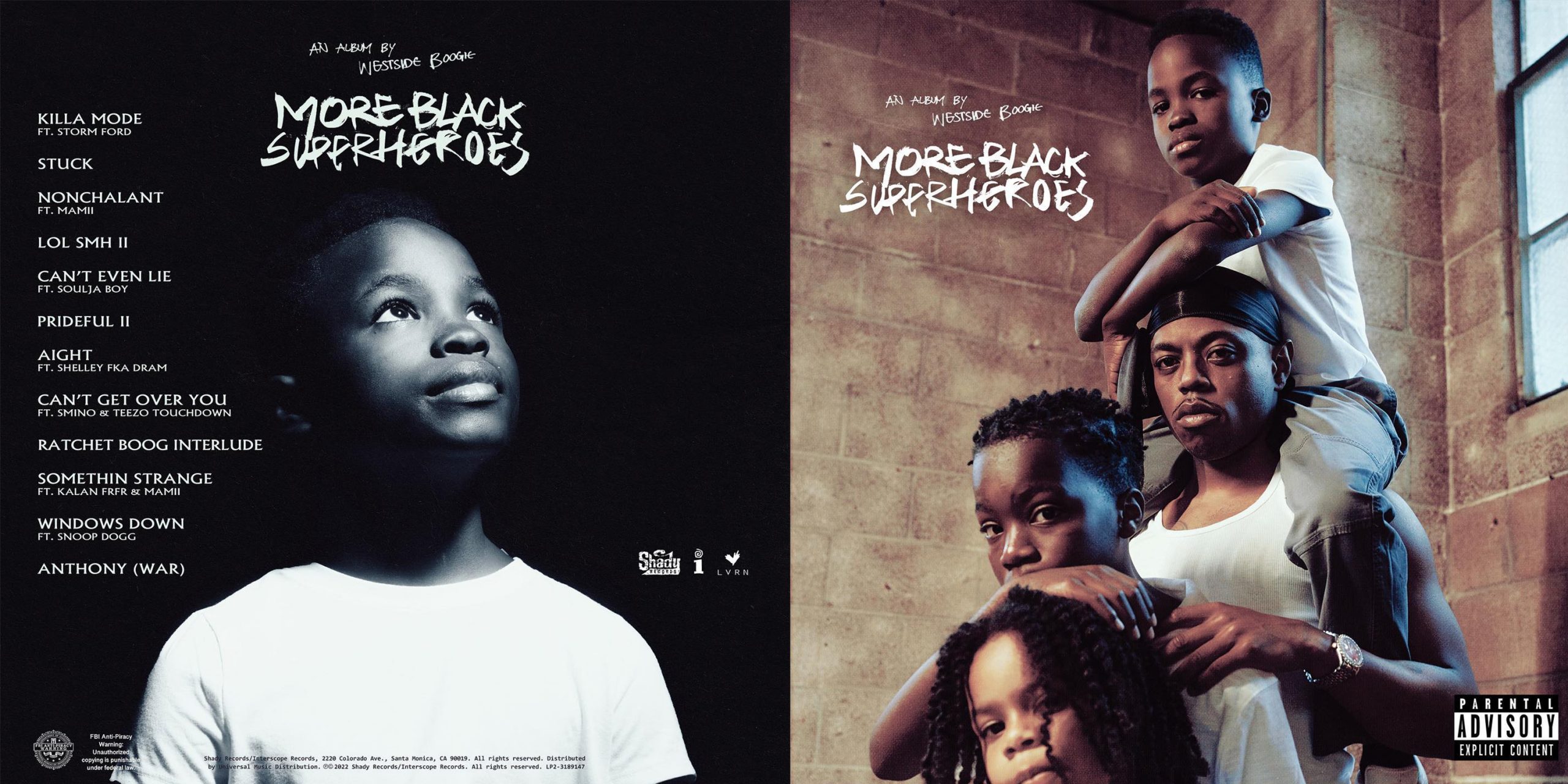 The 12 tracks-project features Storm Ford on an intro track “Killa Mode,” Mamii on “Nonchalant,” Soulja Boy on “Can’t Even Lie,” Shelley FKA DRAM on “Aight,” Smino and Teezo Touchdown on “Can’t Get Over You,” Kalan.FrFr. and Mamii on “Something Strange,” and Snoop Dogg on “Windows Down.”

“MY ALBUM REALLY OUT. This s**t feels unreal to me honestly it could be because I’m drunk in New York but naw…First off I want y’all to know I would not be here without the support system from y’all. Even when y’all cusssing me out I know it comes from a place of love and it kept me going… I’ve grown so much in the past years as a father, rapper and as a human and I’m still growing .. So thank you for being on this journey with me… To my family and friends thank you for being patient with me at times when it was tough… Aight Imma go cry now ..MORE BLACK SUPERHEROES about now.” said Boogie on his Instagram post.

“This album is about embracing our powers. This album is for you because you survived all your trials, for the black fathers that go out in the world and feel like they have to hide all our true feelings because it seems weak to express how you’re hurt but no that’s one of your biggest strengths. For the people that feel boxed by the world and have to hide there many sides ..I love you let’s heal together.” said Boogie previously.

You can bump the new album below!