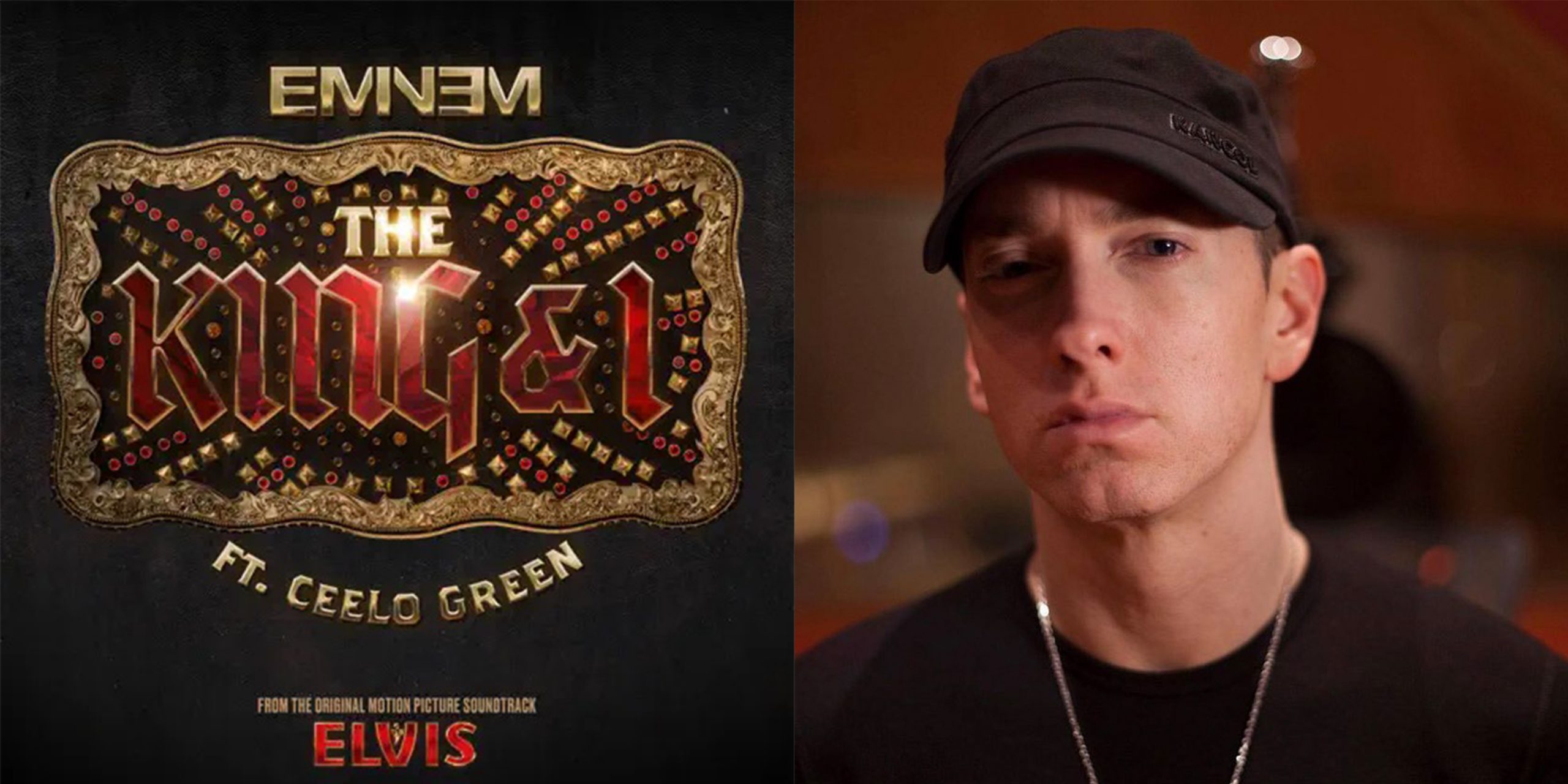 The film chronicles the life and career of singer and actor Elvis Presley, from his early days as a child to becoming a pop star and movie star, as well as his complex relationship with his manager Colonel Tom Parker.

At the press conference of the movie, compared Elvis’ embrace of Black music to Eminem “Parker sees this kid who’s grown up in one of the white designated houses in the black community, and is really genuinely like Eminem. Eminem, of course, grew to prominence in the mid-to-late 1990s rapping on tracks alongside the likes of Dr Dre and Snoop Dogg, going on to become one of the biggest rappers alive, echoing Elvis’ movements in rock ‘n’ roll.” said Luhrmann.

It’s not a surprise the main theme song for the movie features Eminem’s titled “The King And I,” featuring CeeLo Green and produced by Dr. Dre and Luis Resto.

Couple of weeks ago, in a new interview with KTLA, Green revealed that Eminem gave him one night to write the hook of the song: ““Me and Eminem have been friends for years, I have longed for an opportunity to work with him. He said ‘hey man can you do this for me? I need it really quickly, I need it tonight.’ So when Eminem says he needs something tonight, you deliver.”

The single is finally out on all platforms, you can bump it below!