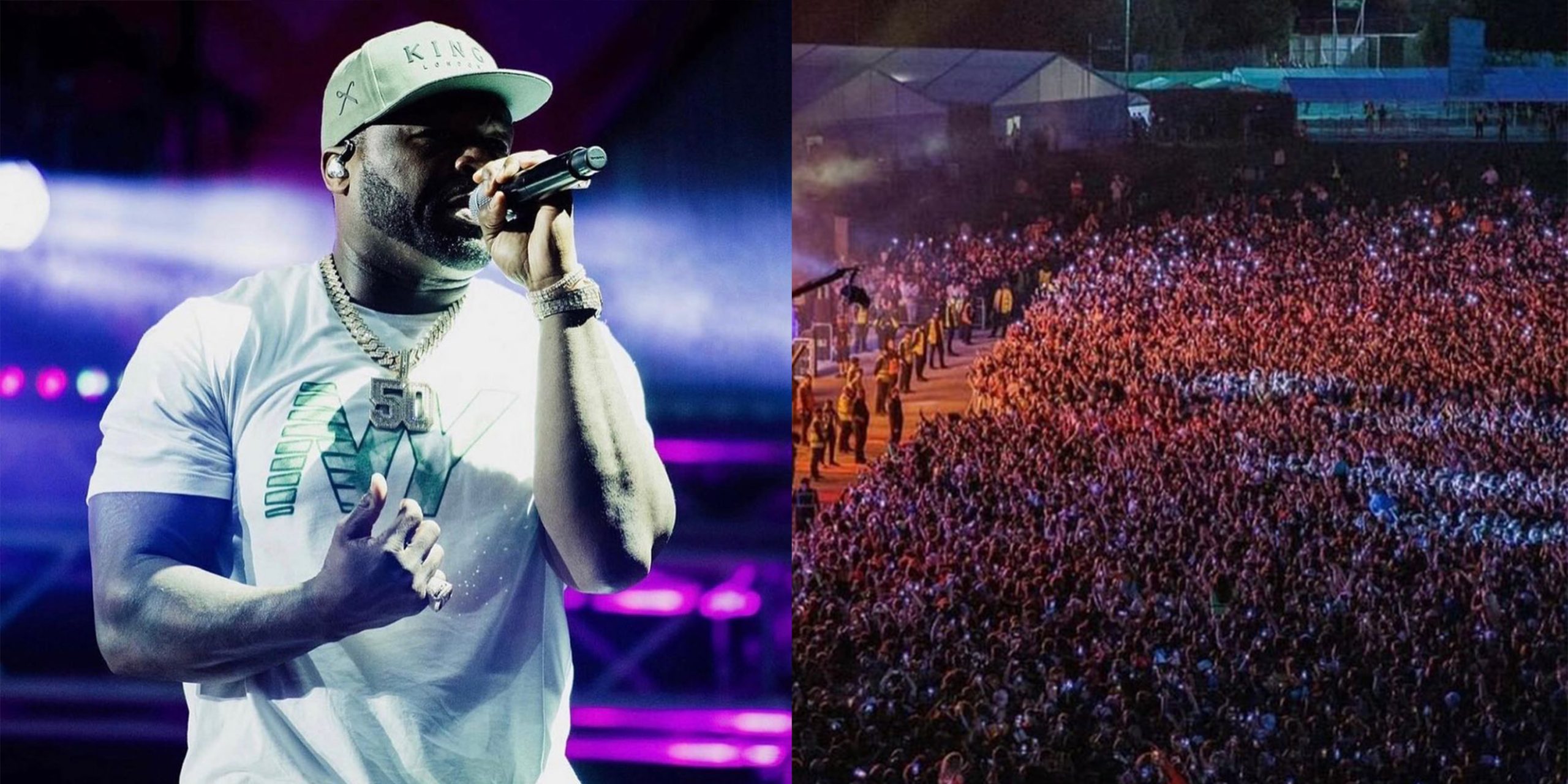 50 Cent’s United Kingdom tour continues and the crowd’s admission has been immensely impressive so far!

Last week, Fifty was performing at the OVO Arena in Wembley last Friday, 10 June, 2022 when he made the crowd slightly emotional after he said he was not sure if the United Kingdom would remember him.

Fiddy told to the thousands in the crowd: “You all did not forget. I thought you forgot about me.” He then made a reference to Dr. Dre who produced 50 Cent’s major-label debut album, an all-time classic, Get Rich or Die Tryin’, back in 2003.

You know like they Forgot About Dre,” 50 added before spitting some Eminem bars from the song: “Nowadays everybody wanna talk like they got something to say but nothing comes out when they move their lips, just a bunch of gibberish and motherf***ers act like they forgot about Dre.”

Couple of days ago, during his performance in Dublin, Ireland, Fifty made fans sing the popular football anthem “Ole Ole Ole” which was used for a song titled “Put ‘Em Under Pressure.” It was the official song to the Republic of Ireland national football team’s 1990 FIFA World Cup campaign in Italy.

You can watch the amazing crowd singing for 50 Cent below: