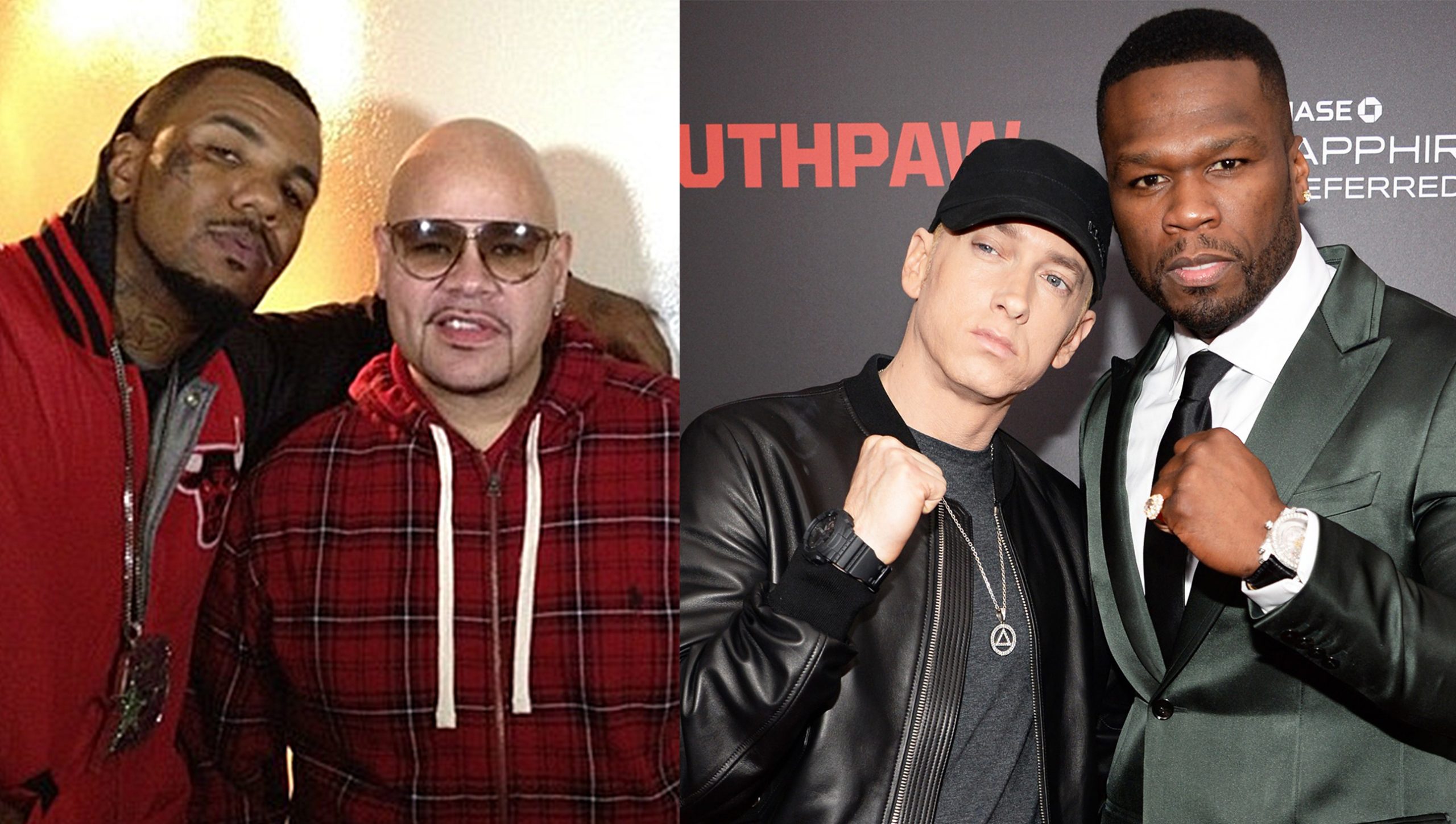 The Game has recently chatted with Fat Joe at The Big Big Show where the two hip-hop artists talked about Eminem, 50 Cent, Dr. Dre, Jimmy Iovine and more. You can read the conversation about Eminem and watch the video after the jump below:

The Game: When I went through the beef with 50 Cent, Eminem and Dr. Dre had to side with 50. Eminem because Fifty and Shady and Eminem and G-Unit. And I thought Dr. Dre was going to ride with me because its N.W.A, it’s Compton but it’s a business and at 24 years old, I did not know that.

Fat Joe: You know, Eminem is super loyal. I was mad cool with Eminem and when I beefed with 50, he never said nothing about me but he never talked to me and once I squashed the beef with 50, Eminem became my boy again. He’s a loyal mather**ker.

The Game: You were about to go bar for bar with Eminem?

Fat Joe: Yo, Eminem is dead nice… I would go against anybody but what I’m saying is Eminem was my man. And then when I had beef with 50 Cent, me and Eminem had a track “Lean Back” remix and all that, he just faded back. He didn’t diss 50 or he didn’t diss Fat Joe, he just stayed in the cut once everything got cool he passed it up and showed love again.

Then the two continue talking about The Game saying Kanye West did more for him in two weeks than Dr. Dre in his entire career. You can watch it below: