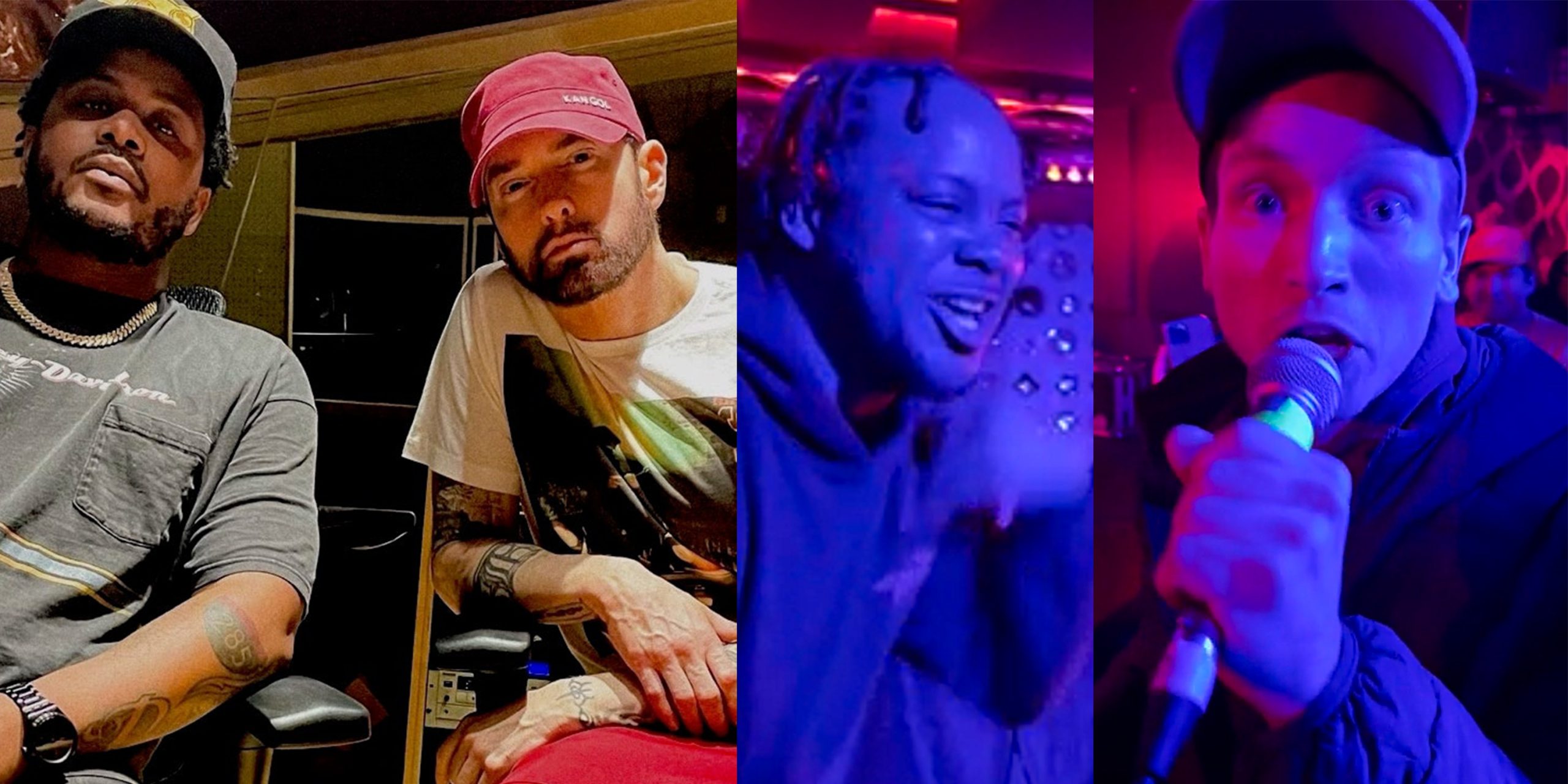 Yesterday, Shady Records’ GRIP did a show at Baby’s All Right venue in Brooklyn, New York as a part of his “I Died For This!?” tour.

GRIP performed songs from his Shady Records debut album with the same title, “I Died For This!?,” as well as a few tracks from his previous work.

Eminem is featured on the track “Walkthrough,” which is widely considered as the best verse from Eminem in 2021.

While performing the song, GRIP let a fan from the crowd rap Eminem’s part and he absolutely murdered the entire verse.

The video was uploaded on Reddit by a user named u/micmec97 but due to embedding errors, we had to upload it on YouTube.