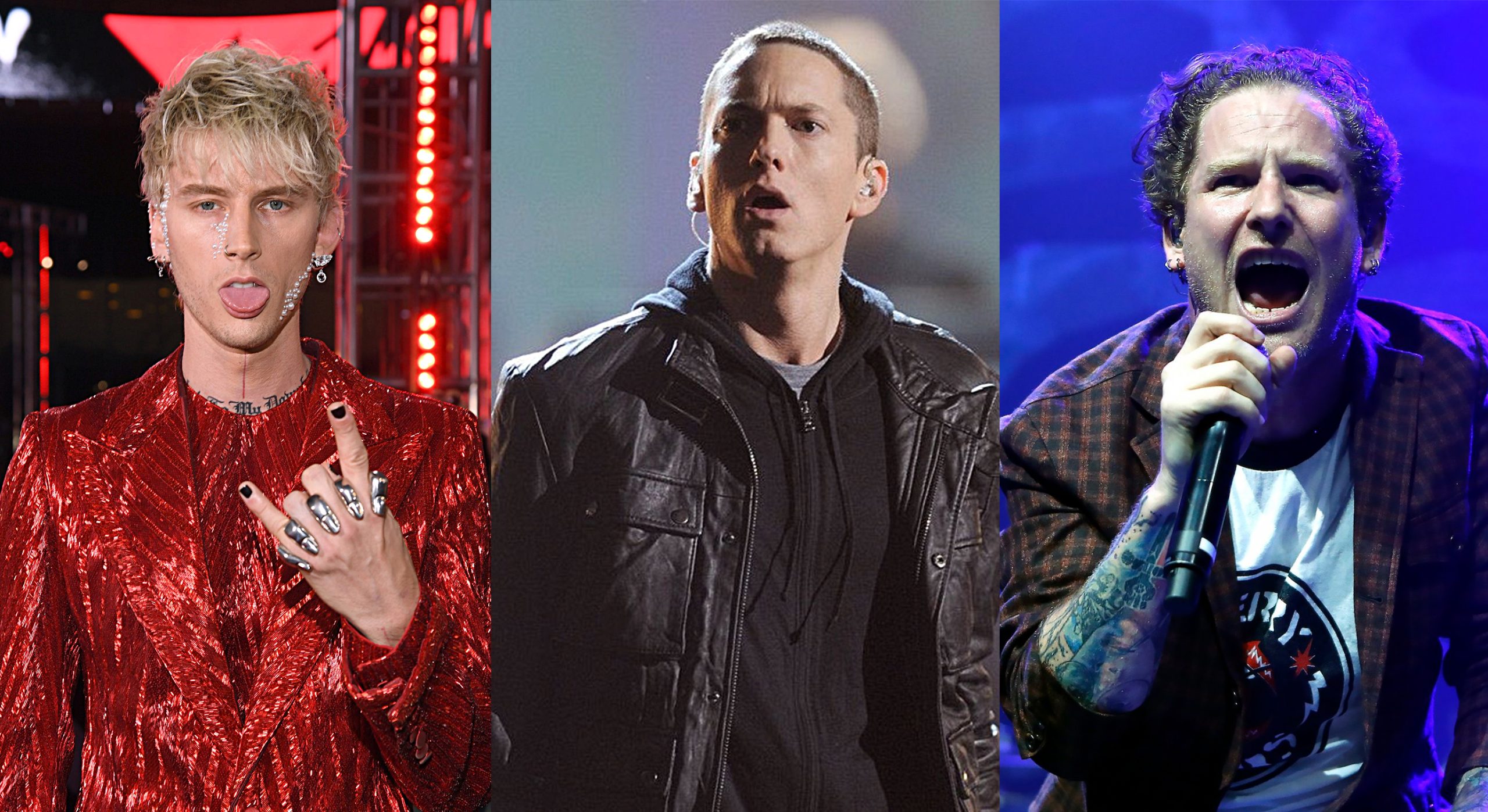 Before Machine Gun Kelly and Eminem beef started off, MGK was a big fan of Eminem and it looks like he remains so.

Since changing the genre, Texas-born rapper-turned-to-rocker has been beefing with legendary heavy-metal rock band, Slipknot.

Slipknot member Corey Taylor recently revisited the beef during a Question and Answer session at his performance on the 2022 ShipRocked Festival cruise during January 22 – 27.

“For those of you that don’t know, MGK doesn’t like me very much. And let me follow that up by saying I don’t care,” Taylor told the audience. “This genre really doesn’t get the f**king respect that it deserves. MGK don’t get to walk in as some weird substitute teacher and pretend that you can tell us what to wear—boots, shoes, house-f**king-shoes, slippers. Why don’t you suck every inch of my d**k? You don’t get to do that. And these are bands that maybe I don’t even f**king know, but guess what? I f**king respect them because they get on f**king stage and they f**king give every f**king thing they’ve got.”

In response (supposedly), Machine Gun Kelly quoted Eminem’s lyrics from “The Way I Am” song on Twitter: “I am, whatever you say I am.”

i am whatever you say i am 😜