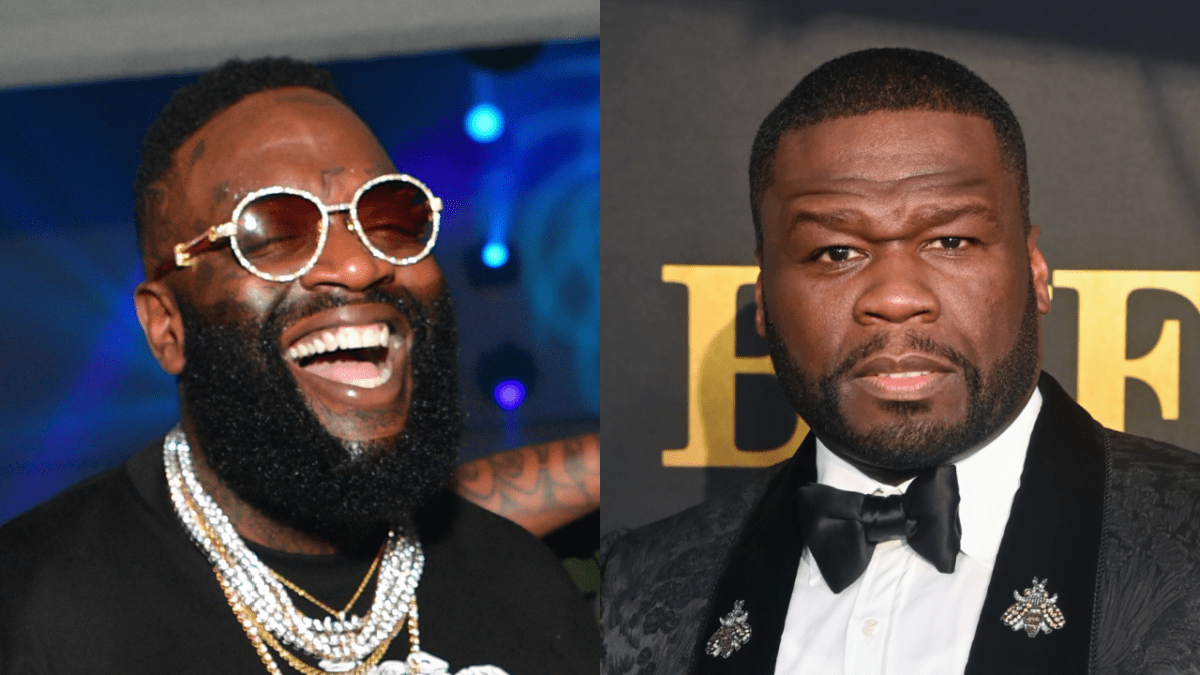 Rick Ross has recently set down with GQ Magazine where he talked about 50 Cent. Check the conversations below.

Interviewer: Verzuz with 2 Chainz was good vibes, though. Would you ever do one that was a little charged up, a little more contentious and competitive like Dipset and LOX? Like… would you do one with 50 Cent?

Rick Ross: Come on, now. I helped the views on his shows. On TV, he didn’t do nothing, man.

Interviewer: Have you been watching BMF, considering your own BMF connection?

Rick Ross: Man, I saw the first episode. I was just trying to support the homie Meech, the ni**as in the street. I’m a real ni**a. I could put my issues with 50]to the side. I know he may have made a quarter million off the whole season. I’m happy he made that quarter. You know that’s what he made. Why you laughing like that? And make sure you put all these details in. I’ll never let you interview me again if you take that out. Keep it. But, look I know he made 250k off the whole season, and that’s good. Tell him I said, “Congratulations.”

Interviewer: Would you act?

Rick Ross: There ain’t enough money in acting. That’s what I was just saying. Your man made 250k for the season doing that. That little season, Starz TV shit. What channel is it really?

Ross also talks about Lloyd Banks. You can check the full interview on GQ here.