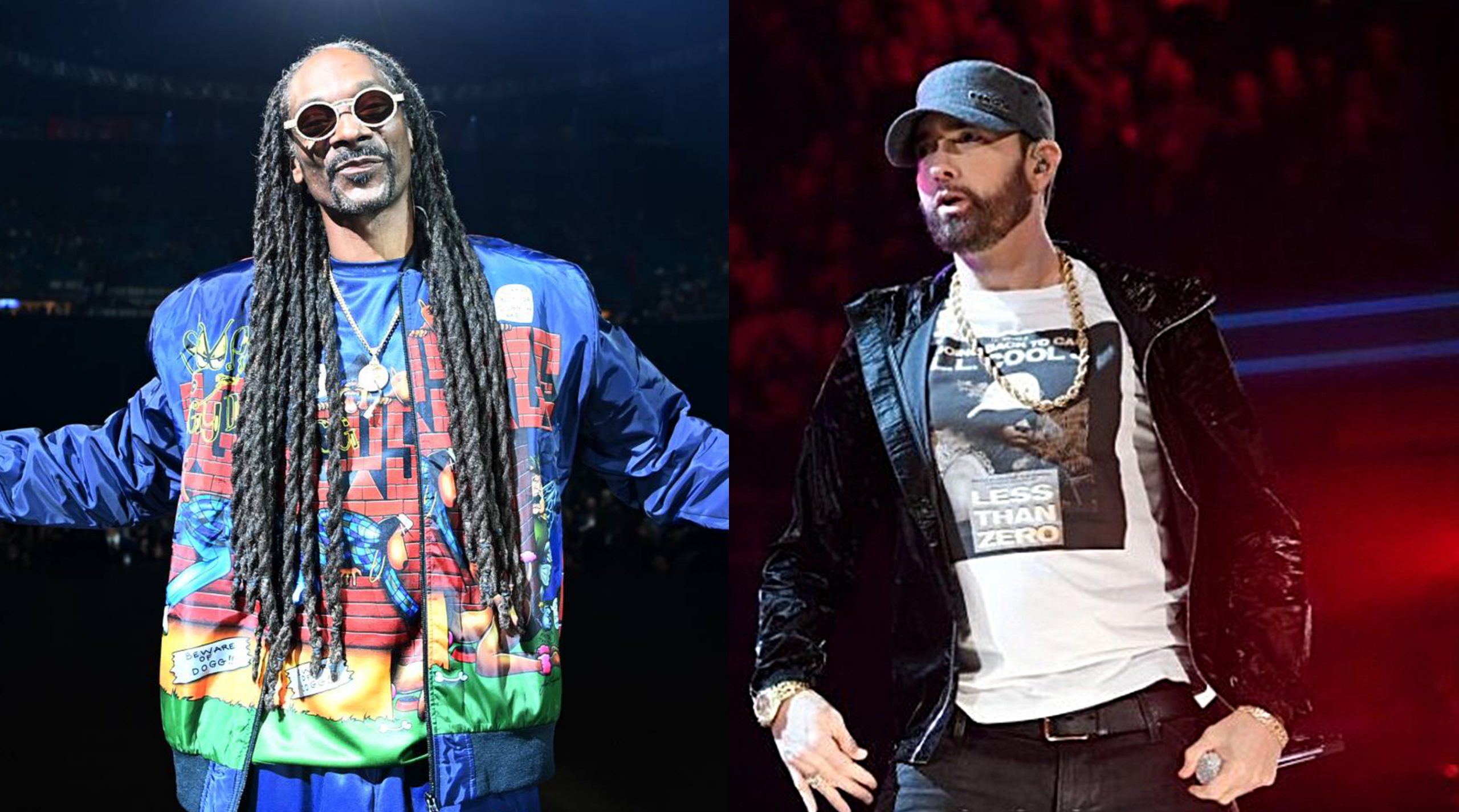 On squashing beef with Eminem.

“We love each other. If you got siblings you know that you have misunderstandings and disagreements. That s**t happens. But the beauty of it all is that If I’m wrong I know how to call Marshall and apologize. I was wrong bro, do you forgive me? No problem, let’s roll on. I feel like this was necessary because I was the reason why it became what it was and I felt like I could be a reason to stop it. For the sake of family and for the sake of my love for Eminem and Dr. Dre and what we have built, that was the only thing to do. I probably called him four-five months ago. We really love each other. We don’t want public to spin on something that’s not even that serious. We truly respect each other. We brothers man.”

On upcoming song with Eminem.

“There is Snoop Dogg and Eminem song on my Westmore album. It is called “From Detroit to the LBC”, that’s Mount Westmore album that is coming out in January and Eminem and Snoop single is featured on there. And that motherf**ker slapped. That s**t is HUH! It was very challenging for me. Eminem really f**king shot at me. He shot his shot and as a rapper that’s what you want when you get a feature, to have to work you f**king a** off. He is going that hard because he knows I’m going to match him on the same level and that’s what it is when you making records with people that you love. It’s competitive but for the right reason. To bring the best out of each other.

“You know Dr. Dre…I tell you the album is coming out and three years later we will be talking about this s**t like it is coming out. I don’t know but I do know he’s in the studio, making great f**king music. I think some of his music is connected to GTA video game that’s coming out. That will be the way that his music will be released though the GTA and I’m part of it.”

You can listen to the interview below: