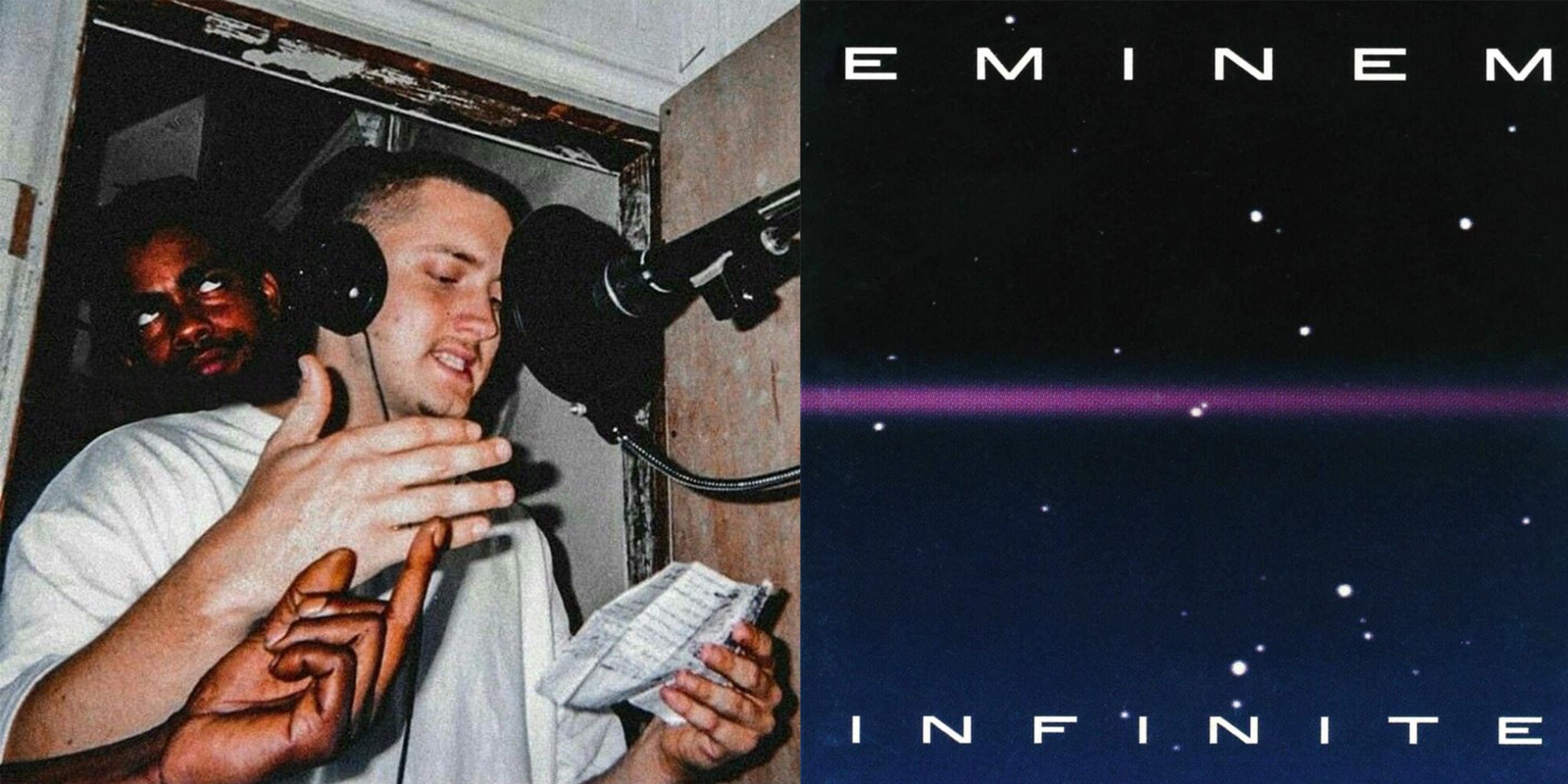 On this day in 1996, November 12, Eminem released his debut album “Infinite” through Web Entertainment. Recording sessions took place at the Bass Brothers’ studio, with production handled by Denaun Porter and Eminem himself. Drums were programmed by Big Proof.

Physical copies of Infinite were released on cassette and vinyl, and Eminem sold the copies from the trunk of his car in streets of Detroit.

The album received mixed reviews from music critics, saying Em’s style is the copy of AZ and Nas.

It was also a commercial failure, selling around 1,000 copies but Eminem stated in his autobiography book The Way I Am that the album sold “maybe 70 copies.”

The album is not available on any streaming platforms except the title track “Infinite” which was remastered on its 20th anniversary.