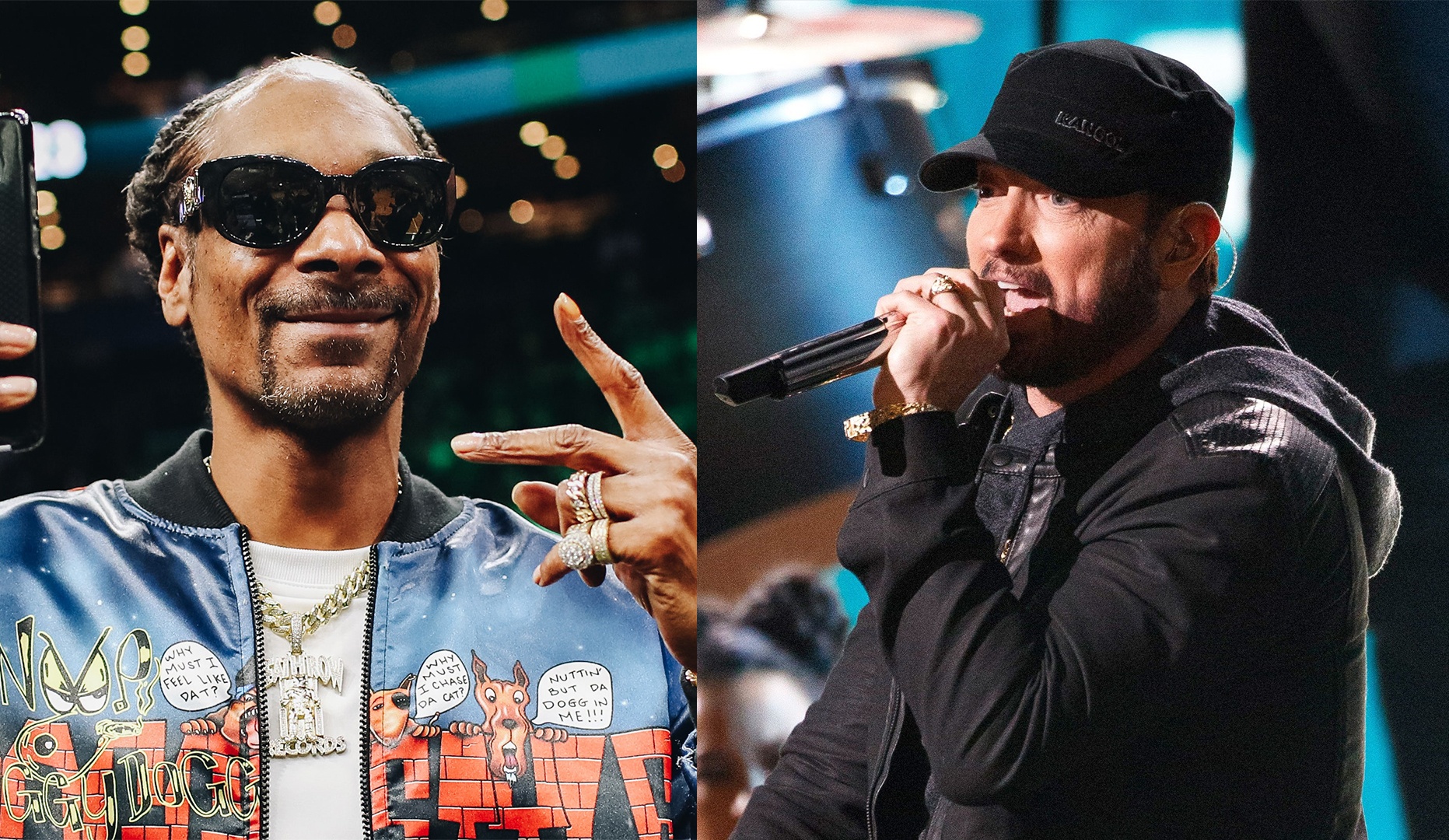 In a new interview with Rolling Stone, Snoop Dogg details how he squashed beef with Eminem and what to expect from their upcoming collaboration:

About squashing beef with Eminem

“I know how to call Marshall and say, ‘Man, I apologize. I was wrong, bro. Do you forgive me?’ You got to understand we really love each other. So we do not want the public to put a spin on something that is not even that serious. And we truly respect each other. So we wanted to get an understanding behind closed doors. We are brothers, man. You know, my real brother hurt my feelings a lot of times. I wanted to join a gang and he would not let me! You learn to understand and respect each other as brothers, as family members, and you respect each other’s opinions. And as long there was no disrespect directly or ill will, then it can all be forgiven and it can all be moving on.”

About upcoming song with Eminem

“We recorded a song about two months ago and that motherf**ker slap. It was very challenging for me, I will say that. Eminem really f**king shot at me, he shot his shot. And as a rapper, that is what you want when you get a feature, to have to f**king work your a** off. You want somebody to come to the playing field, putting up points, to where you got to rethink your s**t and say, ‘Well, damn, this is what he thinks of me. That is why he is going so hard, because he knows that I am going to match him on the same level.’ And that is what it is when you make records with people that you love and family. It is competitive, but it is competitive for the right reasons to bring the best out of each other.”

“Look at everybody who’s up there and then look at what they mean to Dr. Dre. It’s a Dr. Dre presentation. So we are basically getting his back, coming through like his soldiers are supposed to line up, when the general say, ‘Line up.’”

Snoop also confirmed that the song will be on Mt. Westmore’s forthcoming album, which drops in January 2022. Mt. Westmore is a name of a supergroup which includes Snoop Dogg, Ice Cube, Too Short and E-40.

This episode of Rolling Stone Music Now podcast airs October 29th on SiriusXM’s Volume channel (106) and will be available as a podcast on November 3rd via Rolling Stone.