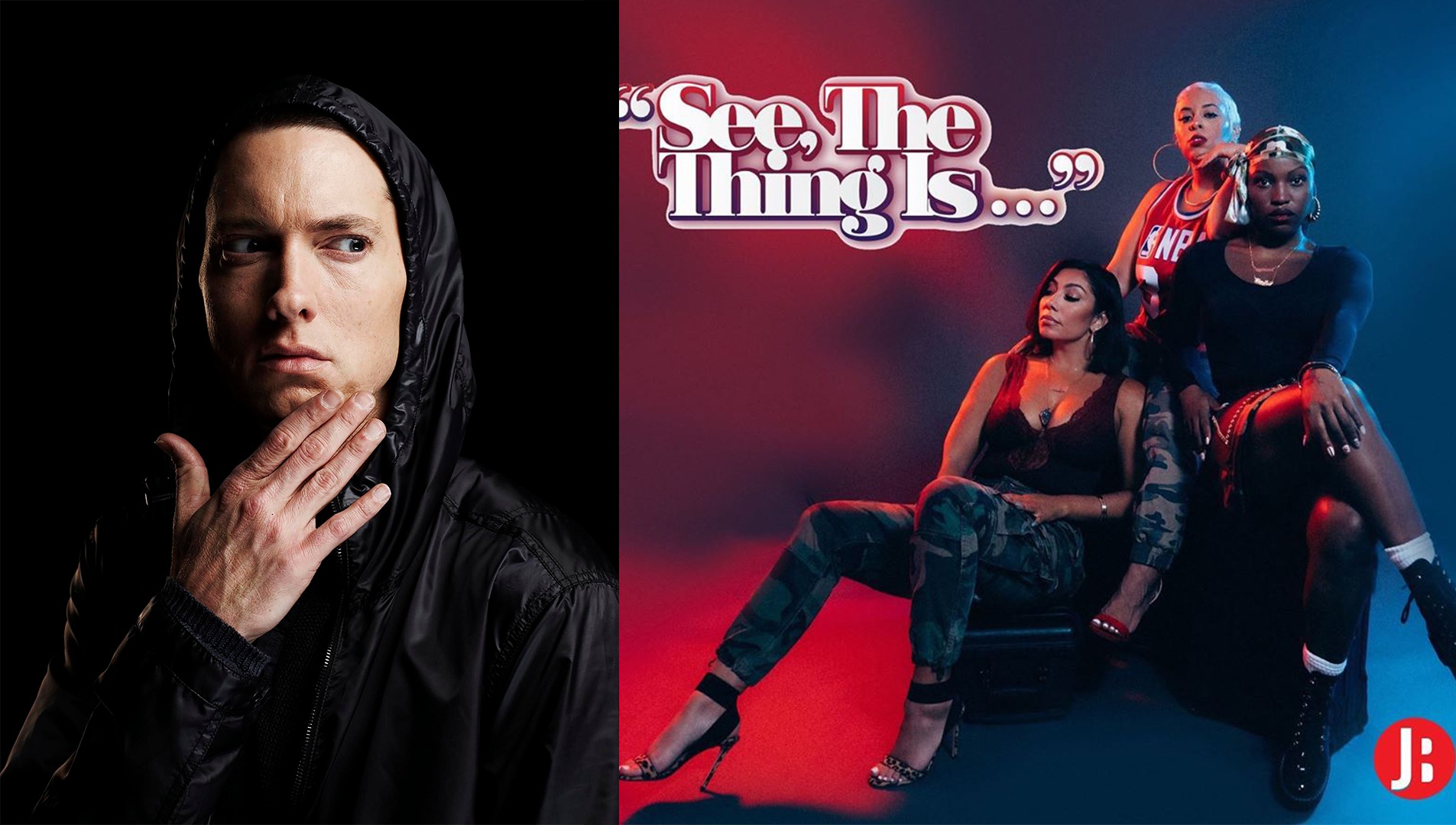 Bridget Kelly, who is hosting The Thing Is Podcast on the Joe Budden Network alongside cohosts Mandii B and Olivia Dope, has some racist comments about Eminem’s 2022 Super Bowl performance.

“It will be a fantastic show. We have never seen this black Halftime show ever. Beyonce was probably the only one and she still brought out Coldplay. Nicki Minaj came out with Madonna. Bruno Mars brought out Coldpday as well.”

“I love the idea of so much beautiful talent on this stage. It’s a biggest stage in the country. Like I said, it’s the most black Halftime show, just one white person. I wanna watch it because when we are gonna see Dr. Dre, Snoop Dogg, Kendrick Lamar and Mary J. Blige on stage together again? I can do without Eminem. I don’t really care whether he’s there or not. Do you know what I do love about this about Eminem being the token white guy on this? Usually it’s all the way around. Usually it’s a whole line-up of white talent and then it’s like let’s just throw a person of color in there so people don’t get upset. This it what it feels like. This is like let get all these top tier black talent and let’s throw somebody white on the bill so we don’t piss anybody off.” said failed-pop-singer-turned-to-podcaster.

Popular YouTuber Stevie Knight has a super response to her comments. You can check it below: