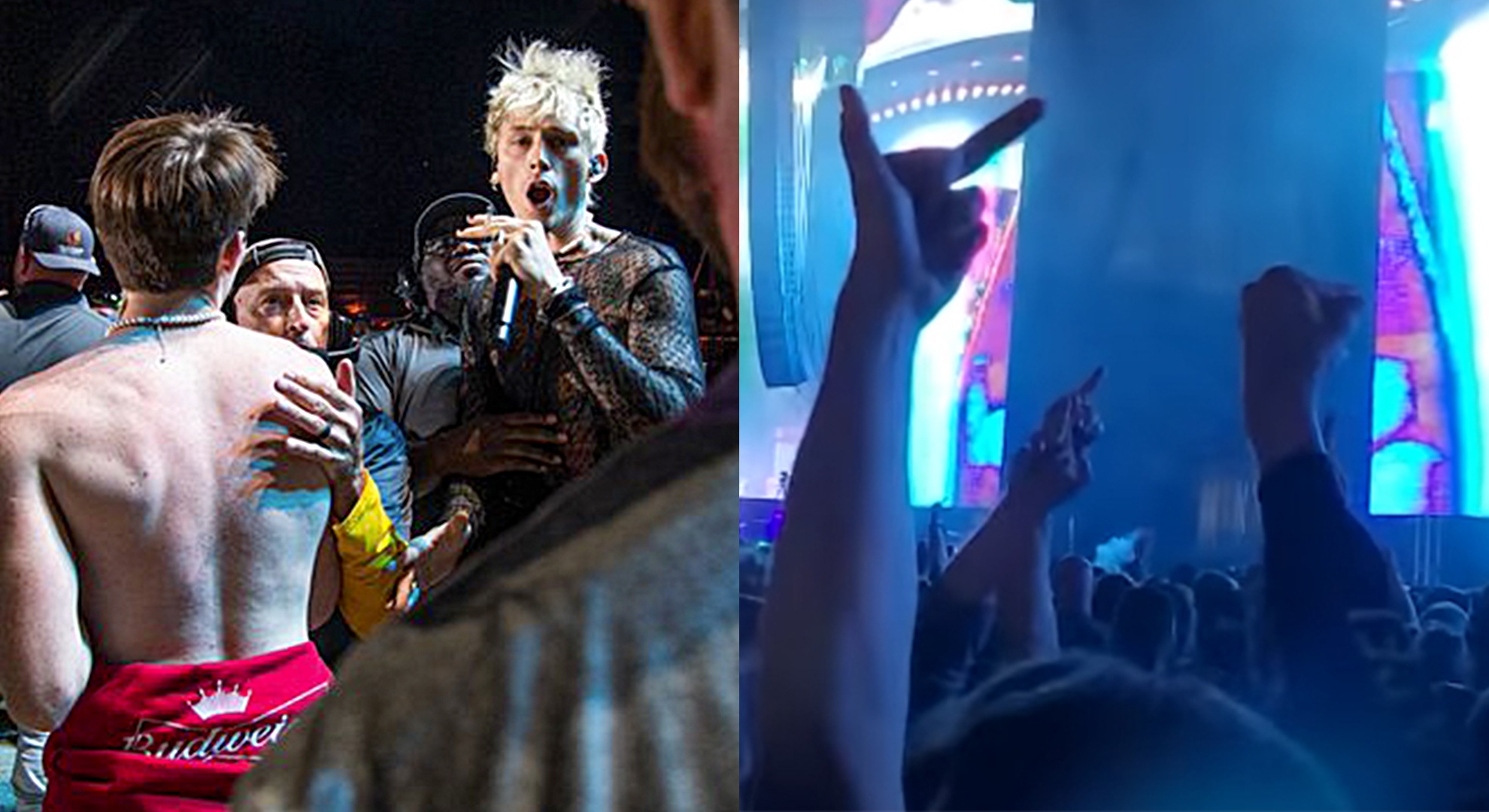 This weekend Machine Gun Kelly was not received at the Louder Than Life Festival in Louisville, Kentucky

Yesterday night, MGK was booed by the crowd and got into altercation with fans.

According to the media, there are two main reasons behind this: First, the rock fans were not pleased that MGK has transitioned from making rap music to rock because the rock and metal fans are purists who believe he made the switch because he had to after beefing with Eminem.

You can watch the videos of booing and fighting below:

Yesterday at Louder The Life Festival Machine Gun Kelly appears to have gotten in to an altercation with a fan after being booed by the crowd.

Love the hate on MGK! Also bitch move by him to not make a move only until someone grab the guy. Fuck @machinegunkelly https://t.co/qRJNCbEkiV

I was at this show last night. He got booed all night, the crowd was shouting “Slipknot!” And he kept trying to complaining about people hating on him.

How things change over time, MGK clowned Em for having security but I've never seen Eminem punch someone and then hide behind his bodyguards. pic.twitter.com/a5JFWb4afS