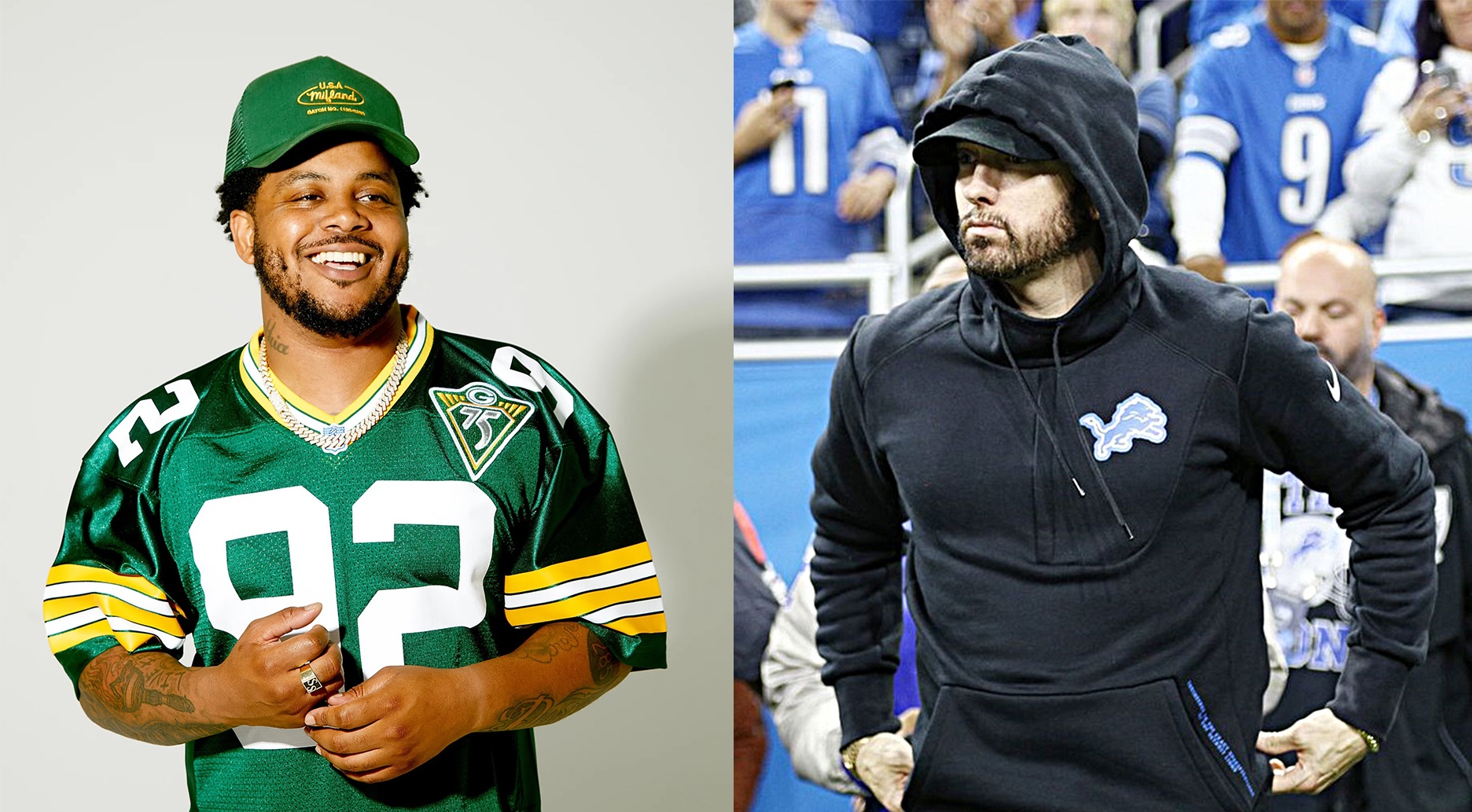 During the conversation with Complex Magazine, GRIP talked about an upcoming song with Eminem from his Shady Records debut album, I Died For This, releasing August 27, 2021.

Complex magazine: We’ve got to talk about “Walkthrough!” That’s the one with the Eminem feature, and that Em verse is interesting because he’s addressing you directly. He says your name and he’s talking to you, basically warning you about what’s going to come with the success. Did you know that was coming or were you surprised when you heard that?

I made that song with Em in mind. And when I played him the album, I just remember him saying that hook is nuts. So, I was like, “Yeah, this is a song I actually wanted you to get on.” In my verse I’m talking about where I come from, what I had to get through to get to this point. Then his s**t is from a veteran’s perspective, who went through this already and who thought that cash was going to change things, but then he gets into the perils of this s**t.

We didn’t talk about it beforehand. It sounded like good chemistry, but I’m just glad that he f**ked with it enough to hop on it and give it 32, 40 bars, however long he went. I was excited. That’s huge. The fact that he even mentioned my name, it was one of those things. Now it’s really full-circle. Now I got a track with Eminem. It was a surreal moment.

With that verse, it was like I pulled something out of him. I’m excited for the fans to hear that, I feel like the song is dope as hell. Hopefully that’s a fan favorite—of course, it’ll probably the biggest song. Not probably, it will be the biggest song I’ve done so far, for sure.

Here’s a preview of our interview with @Grip_SS about his Shady Records debut, I Died For This!?, that will be in a very special newsletter this week.

Subscribe now and it’ll come right to your email upon release: https://t.co/fPTee4yVSQ pic.twitter.com/cyxBUdAiy1