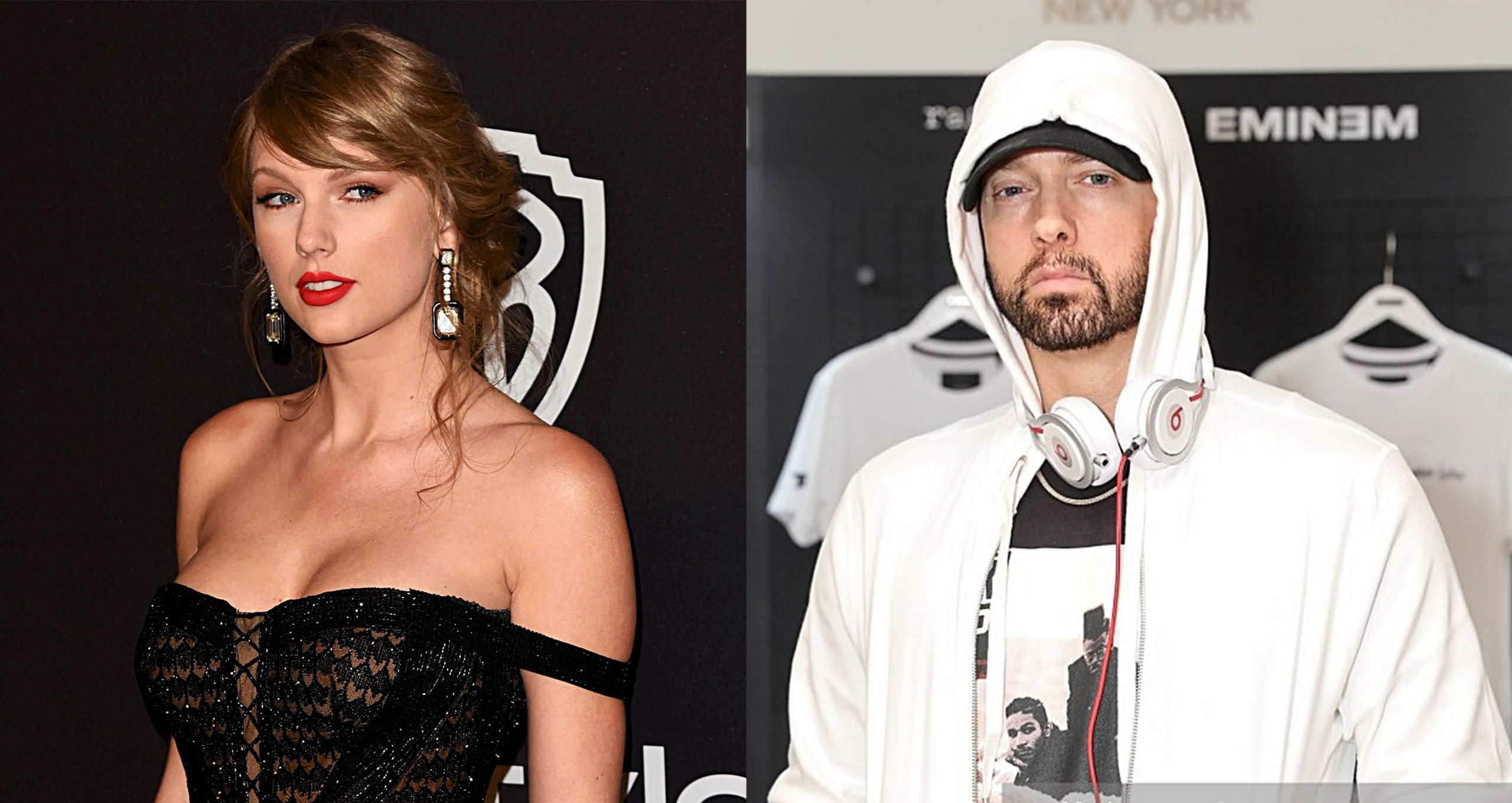 Pop megastar Taylor Swift and hip-hop legend Eminem share an unrepeated record on Spotify. Taylor and Slim Shady are the only lead artists in history who debuted before the 2010’s and have surpassed 20 BILLION total streams on Spotify.

That makes Eminem the only artist who debuted before 2000’s and having reached that accolade.

Taylor Swift and Eminem are the only lead artists who debuted before the 2010’s to surpass 20 BILLION streams on Spotify in History. pic.twitter.com/Qq8KxMBJaw

Taylor Swift and Eminem have never collaborated but West Reading, Pennsylvania-born singer has shown love to Detroit legend in few occasions, including when she performed “Lose Yourself” at Grand Rapids in Michigan back in 2011.