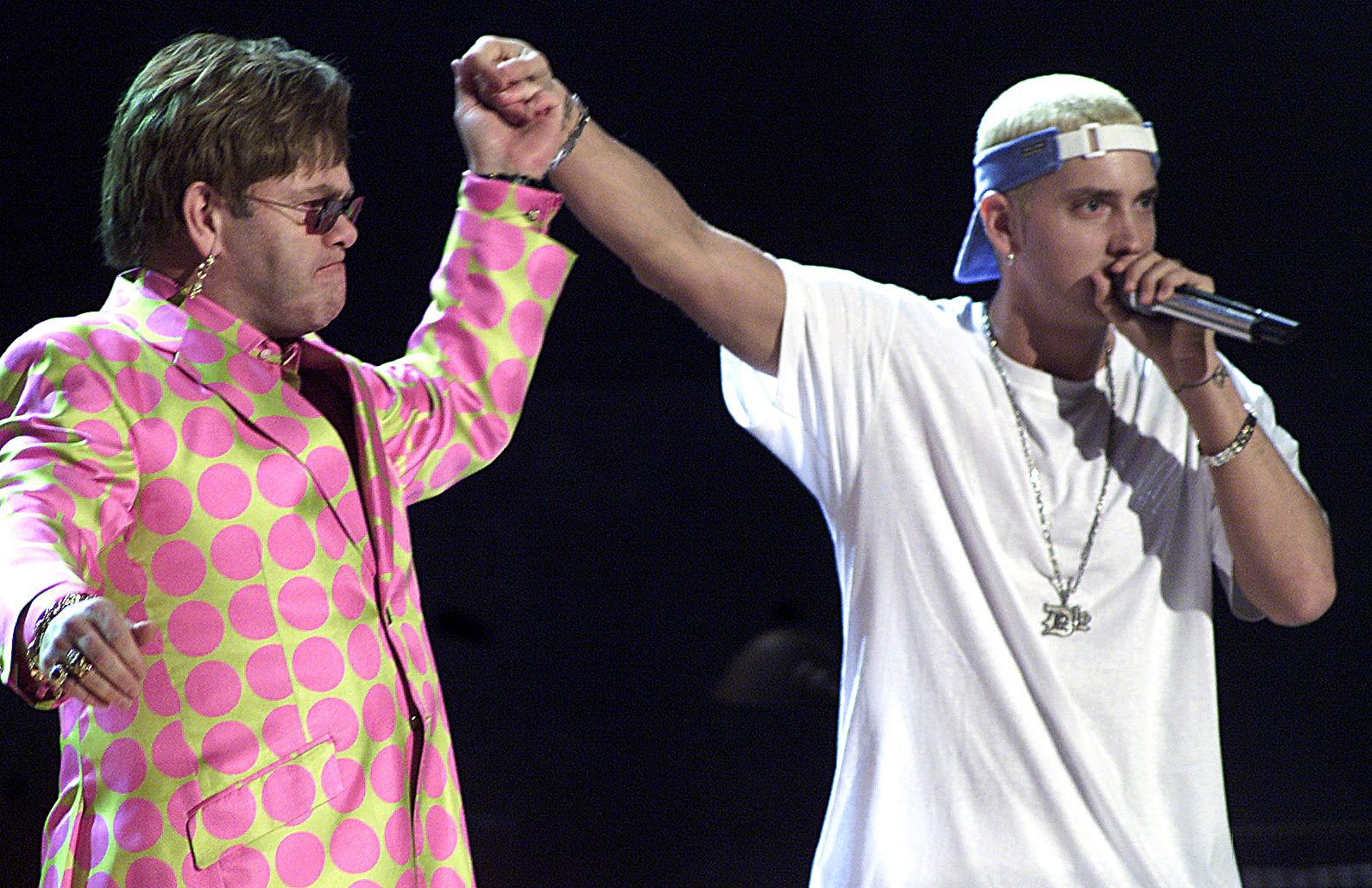 The Grammy Awards are known for flashy, unusual musical pairings, but no duo caused a stir like Eminem and Elton John in 2001.

Eminem’s The Marshall Mathers LP was one of the biggest hits of the previous year. It cemented him as a rap star and force to be reckoned with in the music industry — love him or hate him. And people really did either love him or hate him. For every critic hailing the Detroit native as a lyrical genius, there was another criticizing him for homophobic and misogynistic messages.

GLAAD announced it would be among the groups protesting Eminem’s “hate-filled lyrics” outside Staples Center in Los Angeles on Grammy night. Then, less than two weeks before the telecast, it was revealed that John would take the stage with Eminem to perform his hit song “Stan.”

Yahoo Entertainment has recently spoke with former Grammys producer Ken Ehrlich about how Eminem and John’s unforgettable performance came to be.

According to Ehrlich, who was the showrunner of the Grammy Awards for 40 years and the architect of the event’s signature musical team-up moments, there was no hesitation that Eminem’s participation (solo or not) might prove to be too controversial for network television.

“I produced the show, so a lot of it was my decision. We wanted him, there wasn’t any question. Granted he was — I don’t want to even use the word controversial. He was an extremely unique artist who was not hesitant about expressing his point of view. And by the way, some of that point of view was pointed at the Grammys.”

“Well, I don’t want to rewrite history if he says that that’s fine. It’s not exactly the way I remember it. But, you know, great ideas have many fathers.”

“I remember getting a call. It might have been someone at the label, it might’ve been someone from [Eminem’s team], but I think we had already been thinking about it, just not necessarily in those terms. We were looking for a duet partner because they had expressed to us that he was interested in performing with another artist.”

“As soon as we got the message to Elton that we were interested, he sparked to it. He said, ‘This is exactly the kind of thing that I want to do. I want to break down these barriers. If [Eminem’s] OK with it and he wants to do it. I’d love to do it.'”