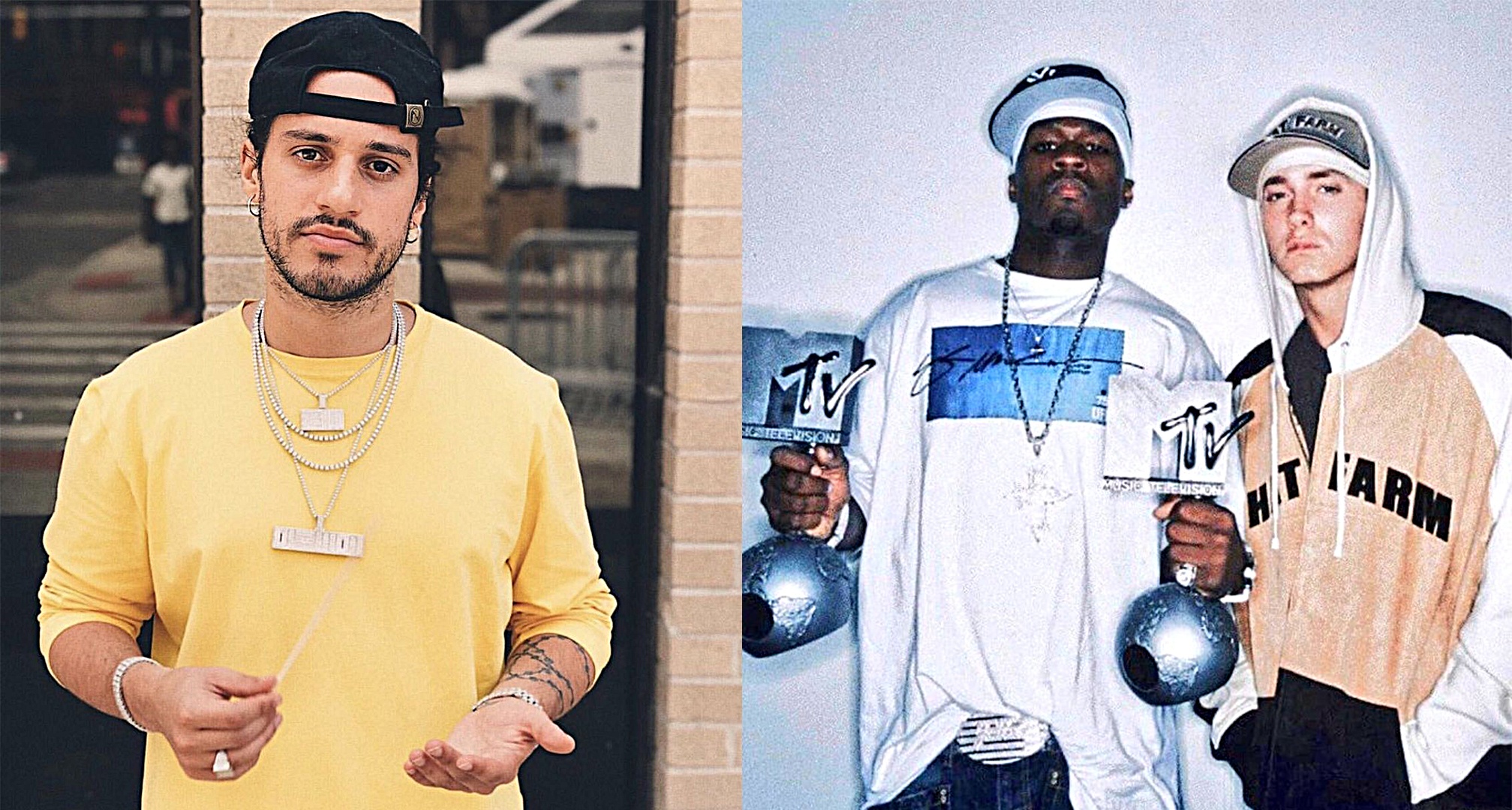 Recently Russ set down with DJ Suss One for an interview where he talked about his biggest musical influences. When Suss One asked Russ about his list of the greatest artists of all-time, Russ responded with a chart of his biggest inspirations, including a number of legends:

“I originally got interested in rap and hip-hop via 50 Cent and Eminem. Then I got into, it was in high school, I was a freshman in high school in ’06 so, when Lil Wayne was going crazy. I just remember being in high school when freestyles were dropping and the mixtapes. Wayne was running s**t. I remember what it felt like when ‘A Milli’ dropped. Just the idea of being able to spaz on a beat, that was Wayne.” said Russ.

Listen to the full interview blow: