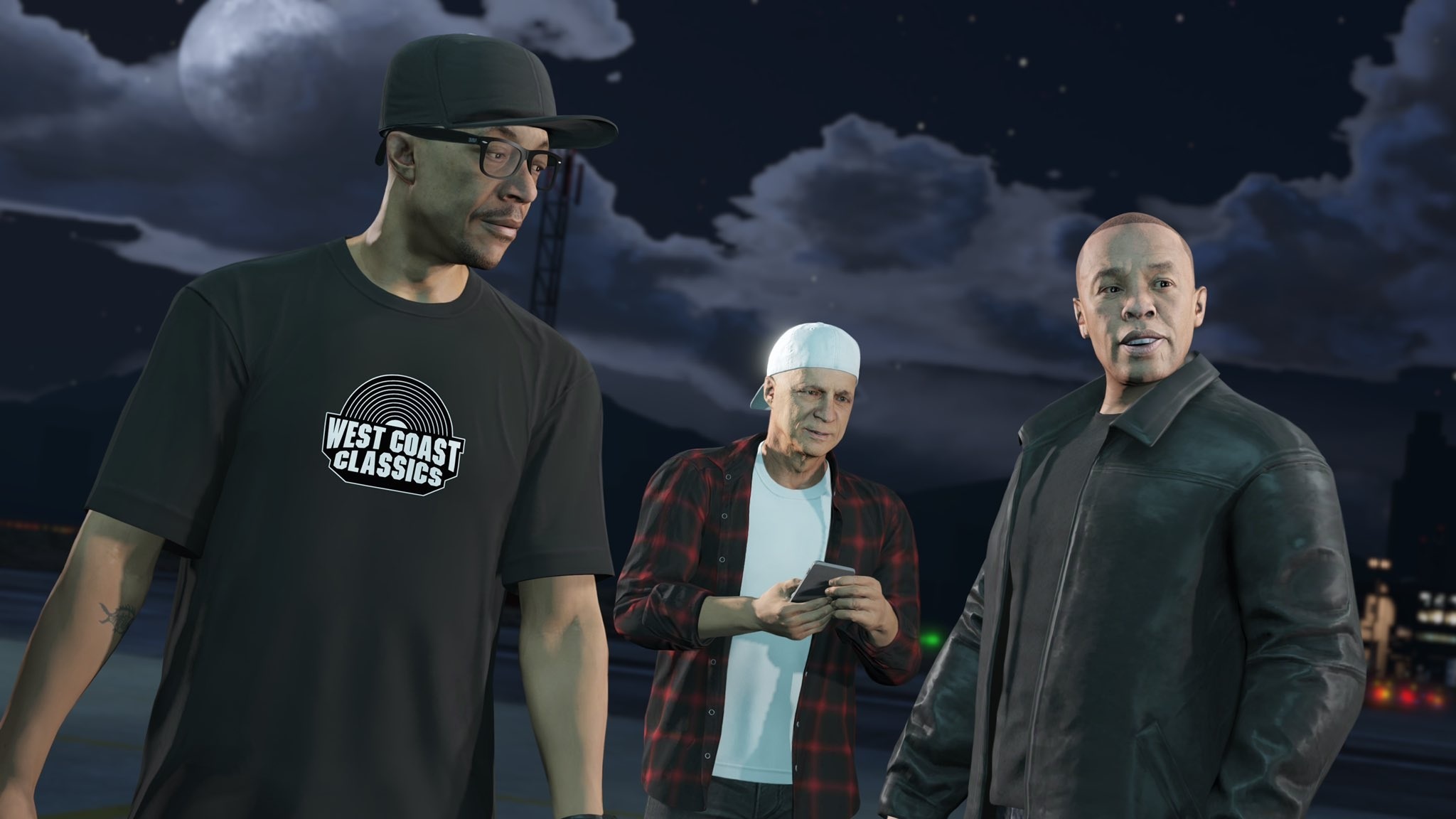 The most popular game’s latest major update rolled out on December 15, adding a brand new island to the mix, as well as fresh weapons and a bunch of new vehicles that we have never seen before.

But there is more! Many players who play online discovered Dr. Dre, Jimmy Iovine, DJ Pooh and Scott Storch cameos. In the clip, Dr. Dre cancels his vacation to go back to Jimmy Iovine’s house after all his music were stolen:

“In that stolen phone there is private financial s**t, naked pictures but more importantly a lot of my f**king music, demos, unreleased s**t. This could be a f**king problem.” says Dre.

So theoretically, somebody in GTA world is now bumping DETOX. Watch the cameo below: