After an incredibly successful year, the Kentucky wonder kid Jack Harlow is now ready to take the next step in his career by dropping his much anticipated debut solo studio album That’s What They All Say which features guest appearances from Lil Baby, Lil Wayne, DaBaby, Chris Brown, Big Sean and Adam Levine among others.

We are celebrating Jack Harlow’s album release with the throwback video of him and his team dropping Eminem bars on Nick Cannon on Wild N’ Out.

“Too smooth like I’m undercover/ I take your girl undercover / Too smooth, ain’t no light brother / Don’t disrespect my white brother” raps Harlow while pulling up Eminem T-shirt to Nick Cannon’s face. 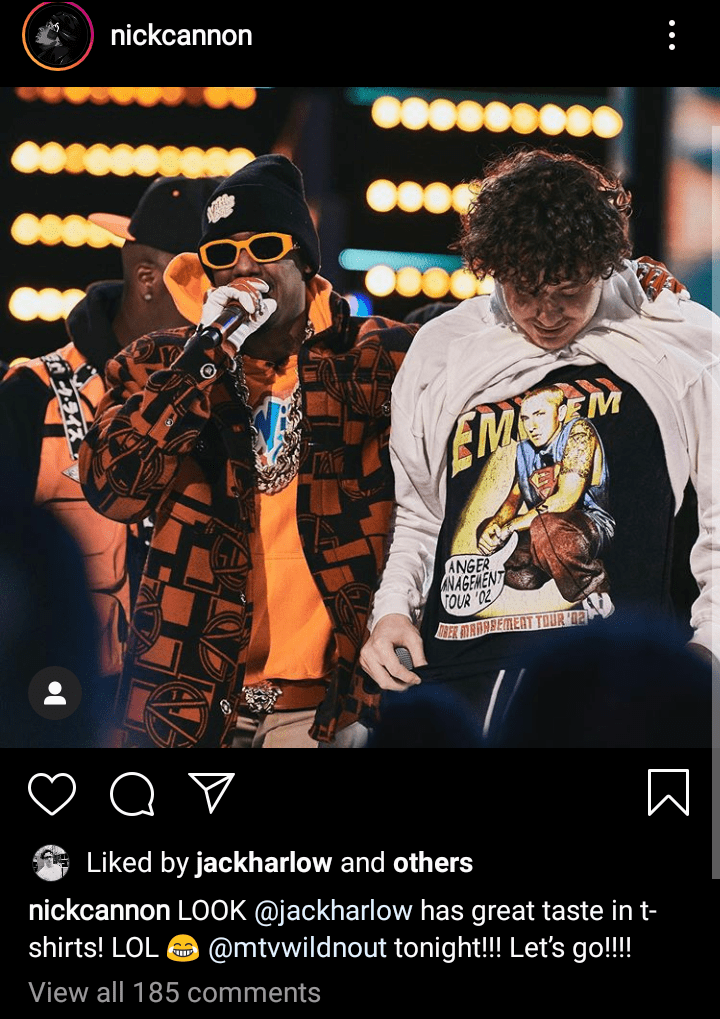