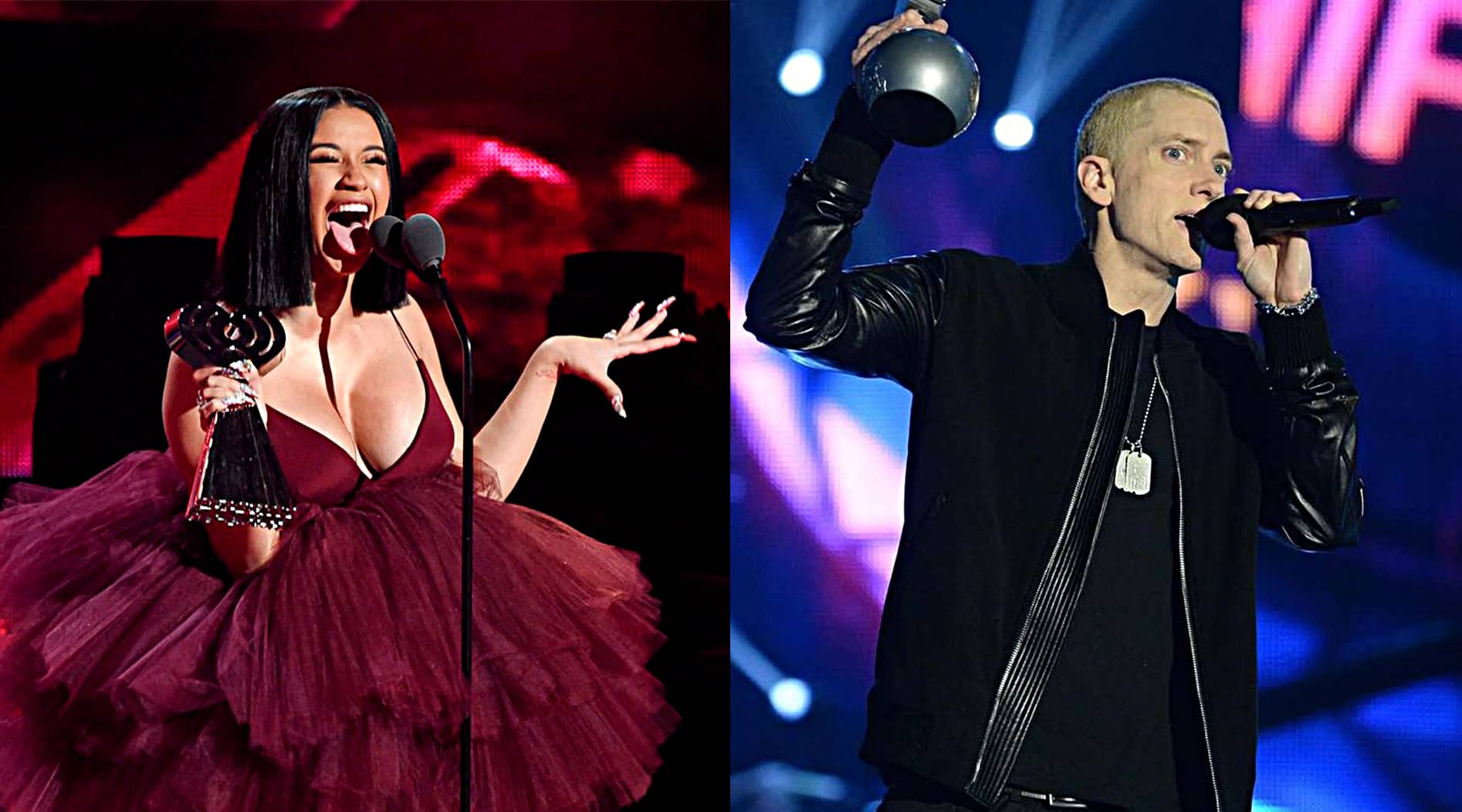 Like other award shows this year, due to the new coronavirus pandemic the MTV Europe Music Awards 2020 event aired virtually last night on November 8. Big winners at the show include: BTS (not sure who they are though), Coldplay, Lady Gaga, Hayley Williams, Karol G and YUNGBLUD.

The event was hosted by a girl band Little Mix and was filmed in various locations in Europe, that included Budapest and London. Little Mix also performed their latest single, “Sweet Melody.” Other performers included stars like Doja Cat, Alicia Keys, Zara Larsson and Sam Smith.

In the Best Hip-Hop/Rap category, Eminem was up against Cardi B, DaBaby, Drake, Megan Thee Stallion, Roddy Ricch and Travis Scott and lost the nomination to Cardi B.

Eminem was previously nominated 34 times at MTV Europe Music Awards and he won the award 16 times. Most notable wins were in 2002 where Slim Shady took 4 award in one night.